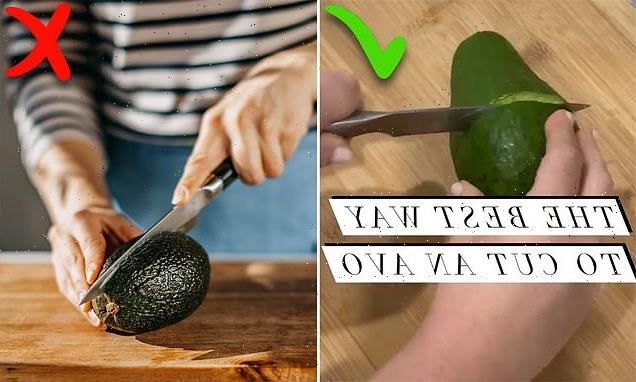 REVEALED: The best way to cut an avocado – so have you been doing it wrong?

A foodie known for inventive food hacks has divided the internet after revealing the ‘correct’ way to cut an avocado.

The home cook behind the Seed and Sprout co Instagram account says the popular fruit should be cut in half across the middle instead of lengthways.

‘Cutting it this way means there’s less surface area to go brown when you only eat half,’ she said. 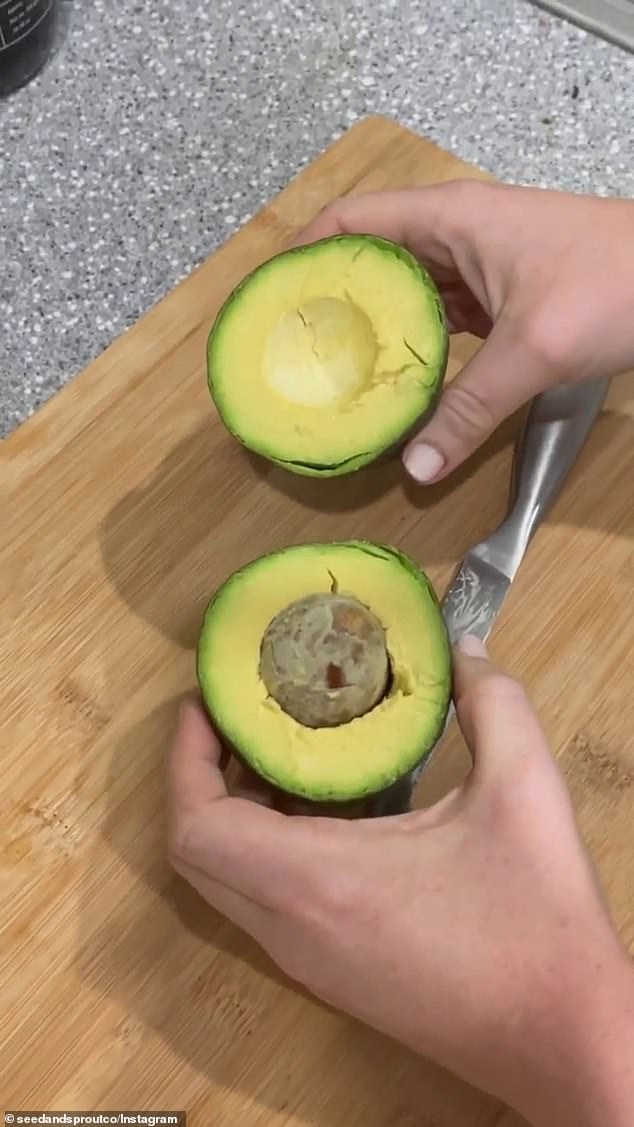 A foodie has revealed the ‘correct’ way to cut an avocado is across the middle, not lengthways 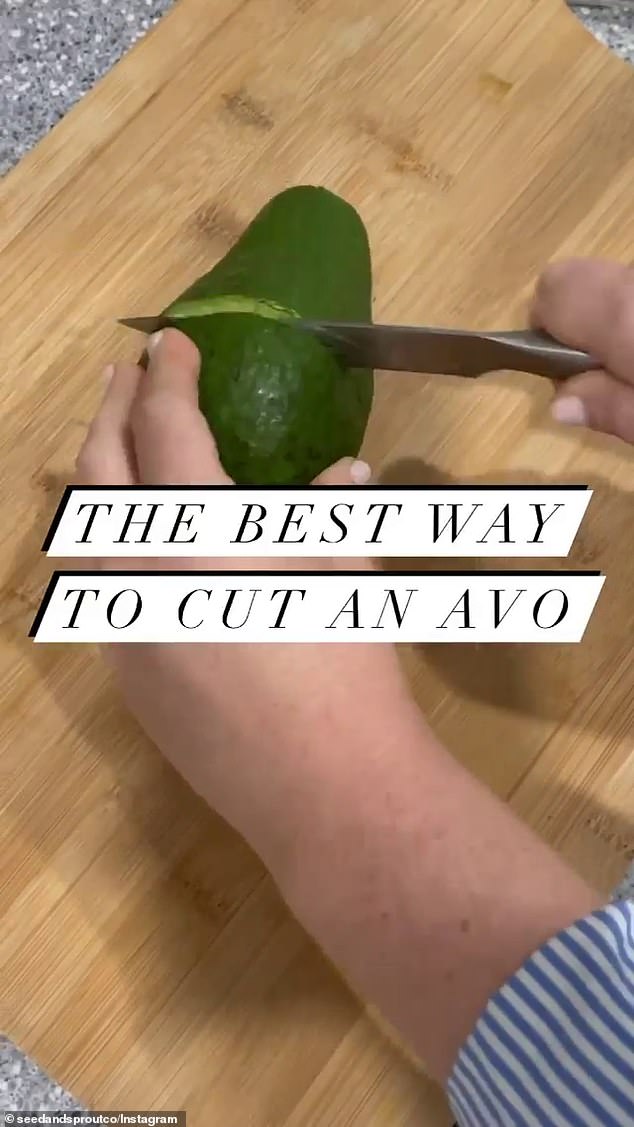 The video shows her cutting the fruit and showing off the two portions, which have a circular cross section, instead of a typical pear-shaped one.

‘The only way to cut an avo. It also means you can use one of those round silicone things to cover the end,’ one woman agreed.

‘Sometimes you watch something and you think- why didn’t I think of that. This is one of those times,’ added another.

Another woman said she has been cutting her avocados that way for ‘over 20 years’ and was always told she was doing it wrong.

How do you cut your avocado?

How do you cut your avocado?

Others disagreed and said it was ‘completely wrong’.

Others revealed their own cheeky hacks which meant it didn’t matter which way they cut their avocado.

‘My hack is just to eat the whole avocado. One side per piece of toast. Perfect,’ one woman said.

‘Only half, who only eats half an avocado?’ one man asked. 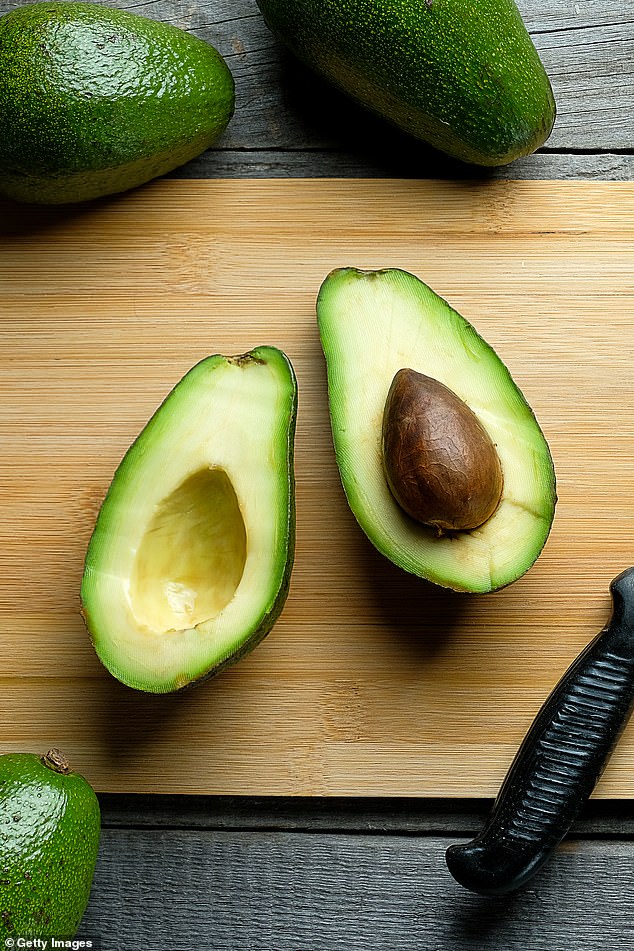 A dietician’s three tricks to stop your avocado going brown:

1 – Cover the surface of the chopped avocado in lemon juice, rub it in well

2 – Cover the surface of the fruit in olive oil, also rub it in well

Recently a dietitian has shared her top three tips for stopping your avocadoes from going brown in the fridge.

Rebecca Gawthorne, from Sydney, Australia revealed you can use lemon, olive oil and even onion to stop the off-putting discolouration.

Sharing on her Nourish Naturally Instagram page the popular content maker told her fans to save the video for the next time they stock up on the fruit because the methods work so well. 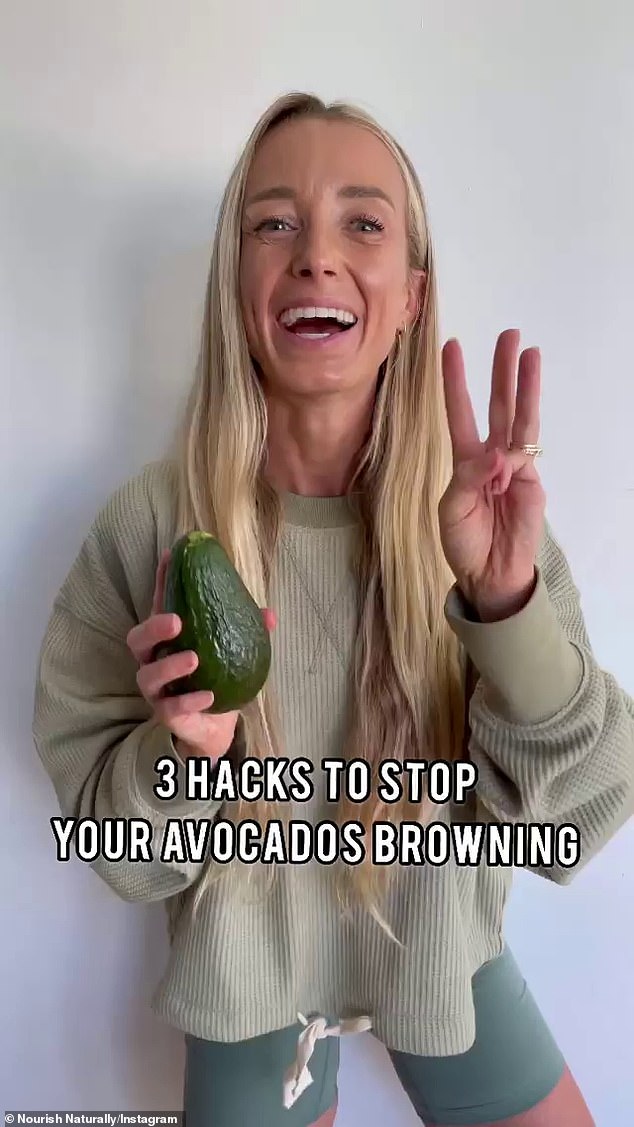 Rebecca Gawthorne, from Sydney, Australia revealed you can use lemon, olive oil and even onion to stop the off-putting discolouration

‘The browning of an avocado is a natural chemical reaction called oxidisation that occurs when a cut avocado is exposed to oxygen in the air,’ she explained.

‘While it’s safe eat, brown avocados are not very aesthetically pleasing & can taste a bit bitter,’ she added.

The first hack she shared was to squeeze lemon over the freshly cut avocado, being careful to rub the juice into the flesh.

‘Coat the flesh of the avocado with olive oil,’ she said – showing herself drizzling it over the top.

The dietitian simply placed the flat side of a halved onion on top of the cut section of the avocado.

She said storing them together in this way would stop the green fruit from changing colour.