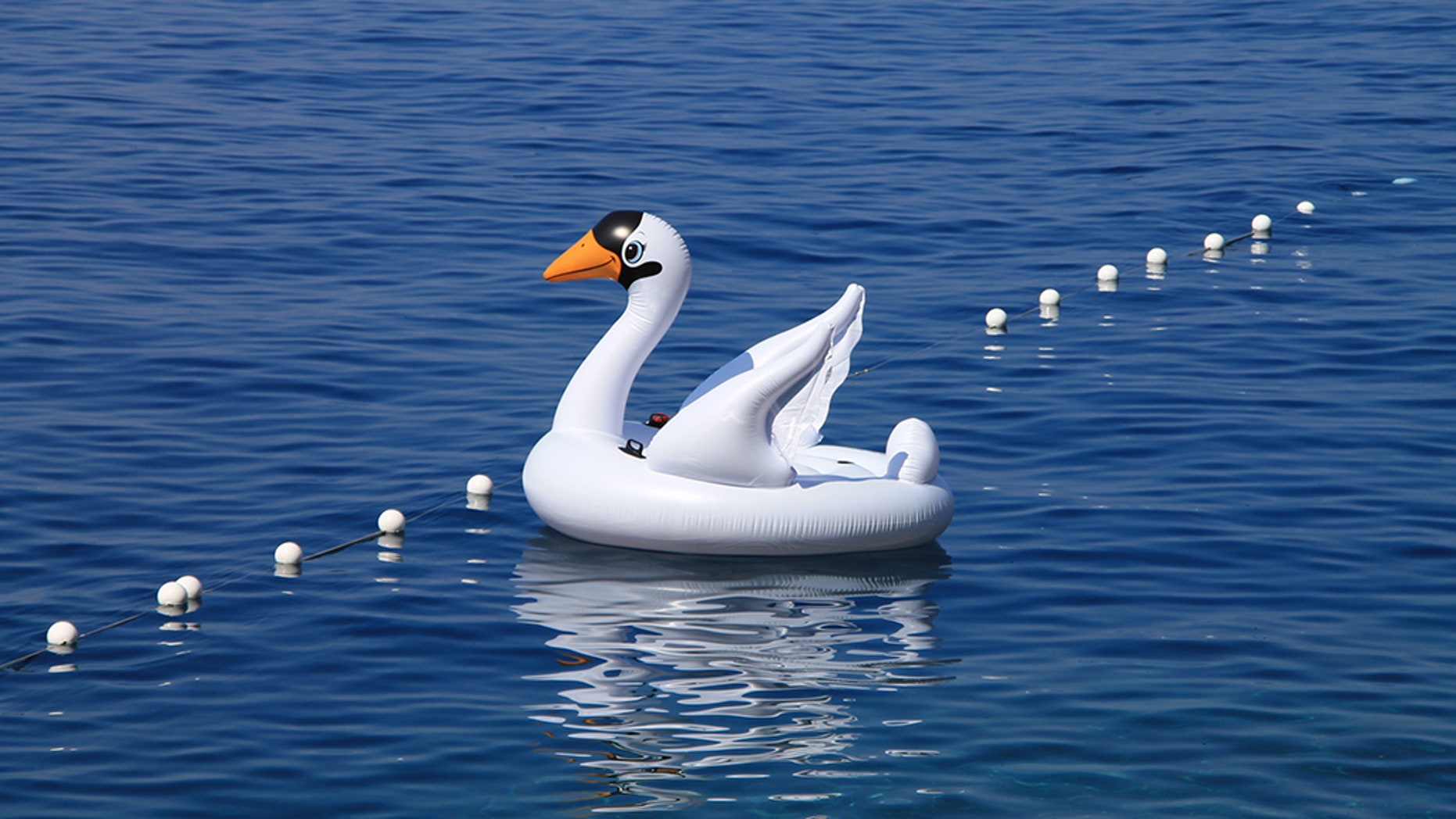 The mother and son floated several miles off shore, she said.
(iStock)

A Florida mother said she had never been "more scared in [her] entire life" after she and her 7-year-old son floated several miles offshore while on a huge inflatable swan.

The incident occurred in the Gulf of Mexico off Anna Maria Island. Tara Myers, of Bradenton, told WFLA-News said she thought the conditions were perfect to launch the float  – the water seemed calm and there was no wind — but that changed shortly after she and her son, Brennan, boarded the raft.

The current picked up and carried the two farther and farther from shore.

At one point, Myers panicked and tried paddling back toward dry land — to no avail.

“I was just exhausted, and we were not going anywhere,” she said, adding that her paddling efforts only managed to move the float incrementally.

Thankfully, fellow beachgoers on shore saw the float adrift, prompting many to call 911. Eventually, the pair were rescued by a West Manatee Fire Rescue boat; a sight Myers said brought her to tears.

"I literally just laid down on that swan float and cried. So hard. Because this could have ended so much worse, and I didn't want him to know that I was that scared," she said.

Once on land, they deflated the swan and threw it away. In the future, the Florida mom says she only plans to use an inflatable in a swimming pool.

11/10/2018 lifestyle Comments Off on Florida woman and son drift miles away from shore on inflatable swan: 'This could have ended so much worse’
Recent Posts