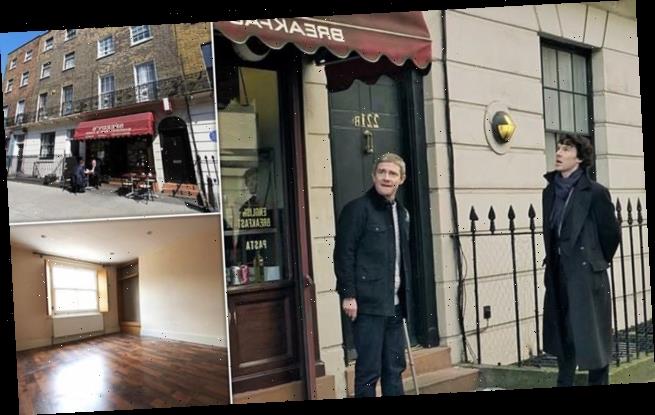 It’s sell-ementary! One-bedroom flat above London sandwich bar featured in BBC’s Sherlock is available to rent for £1,365 a month

House-hunting in London for that perfect place to live can sometimes feel like an impossible case to crack.

But this unlikely greasy spoon could be the answer to the mystery of where to settle down.

A one-bedroom flat above a sandwich shop featured in BBC drama Sherlock is available for to rent for £1,365 per month.

The series ran from 2010-2017 and starred Benedict Cumberbatch as a modern version of famed detective Sherlock Holmes, alongside his sidekick Dr John Watson, played by Martin Freeman. 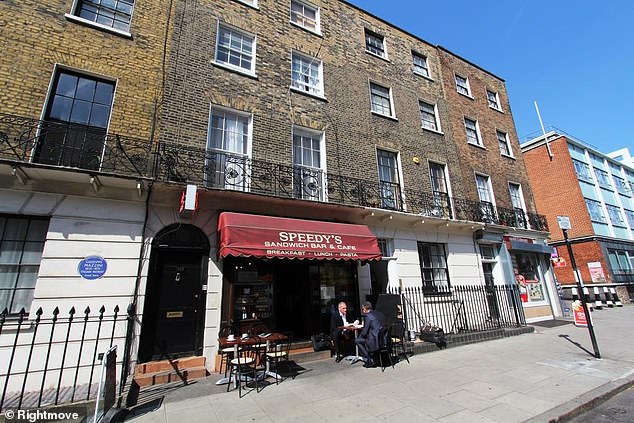 A one-bedroom flat above the famous sandwich shop featuring in hit BBC series Sherlock is now available for rent in Bloomsbury for £1,365 per month 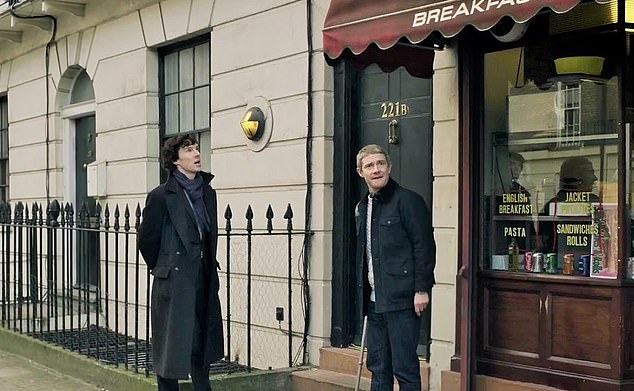 The series saw the character return to the iconic address of 221B Baker Street, but producers actually chose to film in Bloomsbury, where there was less traffic.

The location was half a mile away at 185 North Gower Street, above Speedy’s Sandwich Bar – which has since become one of Britain’s unlikeliest tourist attractions.

Despite the sandwich shop being hugely popular with fans of the cult show, independent estate agents McHugh & Co say that there has been little interest in the small flat.

On their RightMove listing the flat, located on a ‘charming period terrace’, is described as boasting ‘high ceilings and modern decor’ with a fully-fitted kitchen with built-in appliances. 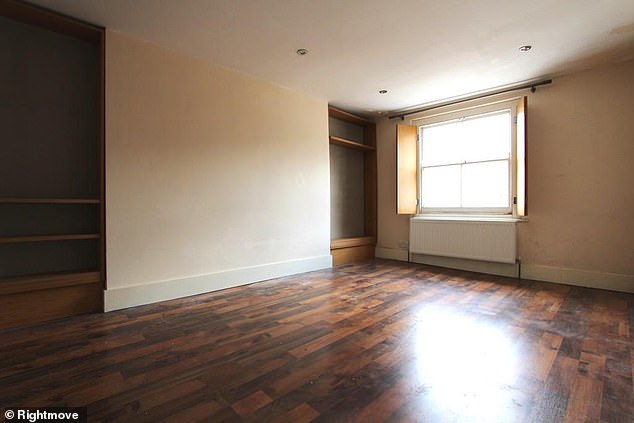 The one-bedroom, one-bathroom flat is described on Right Move as boasting ‘ high ceilings and modern decor’ with a fully-fitted kitchen with built-in appliances 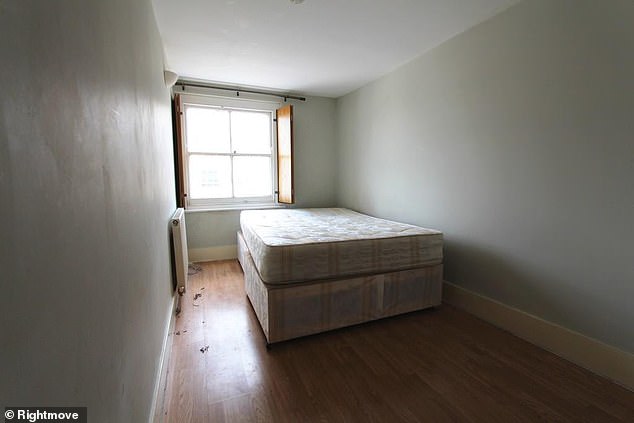 Despite the sandwich shop being hugely popular with fans of the cult show, independent estate agents McHugh & Co say that there has been little interest in the small flat. Pictured, the bedroom of the flat

The description reads: ‘A lovely one double bedroom apartment boasting bright and well-presented living space in a fantastic location moments from Euston Station, Regent’s Park and the West End.’

Owner Chris Georgiou, 64, revealed in 2010 that the show had a huge impact on the popularity of the cafe, with floods of new customers desperate to take a look at where the show was filmed.

‘Even though the show only started a month ago, we’ve had 200 new customers who recognised the shopfront and asked if it was 221B Baker Street.

‘We have attracted all sorts from across the globe. Lots of people stop to take photographs and we even had the Sherlock Holmes Appreciation Society drop in for a coffee. The cast and crew were all great when they were filming. 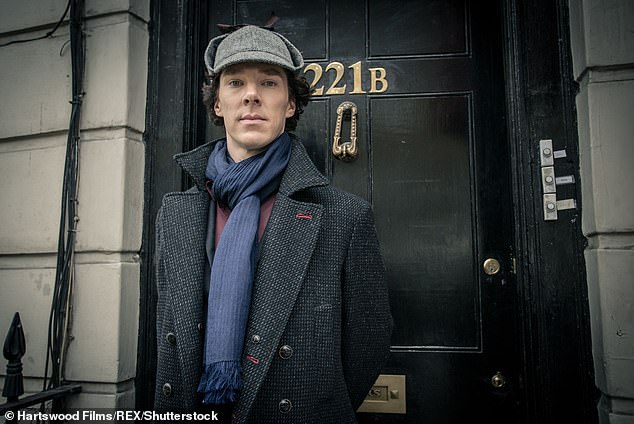 ‘I chatted to Benedict Cumberbatch and Martin Freeman [who play Holmes and Watson] and they were charming.’

While the cafe has become a buzzing tourist spot in central London, it seems they remained a down-to-earth cafe, with a full English last year costing £5.45, while the veggie alternative is the same.

The ‘Full Monty’, which includes egg, bacon, bubble and squeak, black pudding, beans, fried tomatoes and toast, will set you back £5.60.

They of course feature a ‘Sherlock’ breakfast of scrambled egg salmon, avocado and mushrooms which is slightly more expensive than the rest of the menu at £8.50.

Earlier this year Speedy’s was revealed by holidaycottages to be one of the UK’s top ten most obscure tourist attractions, with 67 per cent of their reviews mentioning the popular TV-show. 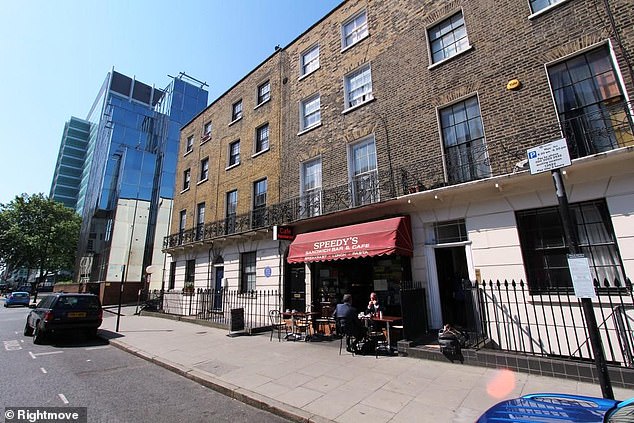 The location of filming is half a mile away from Baker Street, at 185 North Gower Street near Euston tube station

Back in 2018, owner Georgiou revealed that letters often arrive at his cafe addressed to Sherlock and Dr Watson.

The BBC’s decision to film in Bloomsbury is in keeping with the spirit of the books, because when Sir Arthur Conan Doyle first wrote about Holmes in 1887, the address didn’t exist – the numbers on Baker Street reached only 100.

It was renumbered in the 1930s, with former building society Abbey landing the desirable 221.

In 1990, a Holmes Museum opened on the street, and despite its address being 237, Westminster Council allowed it to adopt the number 221B.