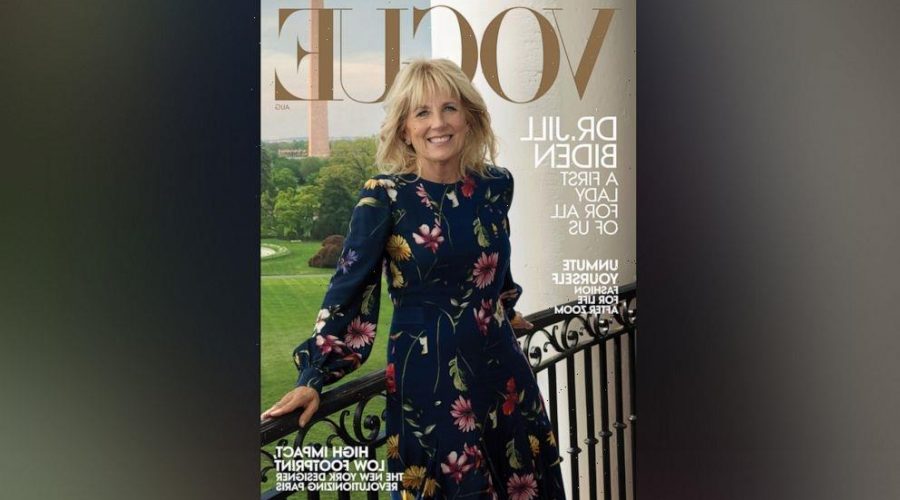 In the new issue, which is out now, the first lady graces the cover of the iconic magazine and is all smiles as she poses from the White House balcony.

“Good Morning America” got an exclusive first look at her cover, where she opens up about her life at the White House, views on how the country has changed since her husband President Joe Biden took office and juggling her career as an English and writing professor.

Before her husband was elected president, some doubted that she could keep teaching. However, six months after moving into the White House, Biden has proved many wrong, teaching Zoom classes and grading papers while on the road.

“I heard that all the time during the campaign,” she told Vogue. “Like, ‘No. You’re not going to be able to teach as first lady.’ And I said, ‘Why not? You make things happen, right?’”

When Biden was second lady while her husband was vice president, she said she was always aware of her platform. These days, she wants to make the best use of the position she has and crosses the country for many speaking events, visits to vaccination sites and promoting the American Rescue Plan.

“When I became second lady — and there was so much I wanted to do — I always said, ‘I will never waste this platform … And now I have a bigger platform and I feel every day, like … What could I give up that I would want to give up? Nothing. If anything, I feel like adding more things but I know it’s not possible, because you want to stay centered, because you want to do things well. And there’s so much to do,” she said.

While her busy schedule has taken a toll on her marriage since her husband has taken office, President Joe Biden told Vogue that he’s really proud of her and they’re still making it work.

“I miss her. I’m really proud of her,” said the president. “But it’s not like we can just go off like we used to. When we were living in Delaware and married, once a month we’d just go up to a local bed-and-breakfast by ourselves, to make sure we had a romantic time to just get away and hang out with each other.”

“And the other thing is, she’s been traveling all over the country. And doing major events for me … and for the country. And so I’ll find that I’m working on a hell of an important speech and I’m distracted. And then I may not be working on one and I want to go and hang out with her, and she’s working on an important speech! Or grading papers. We have to figure out a way — and I mean this sincerely — to be able to steal time for one another. I think that’s the deal.”