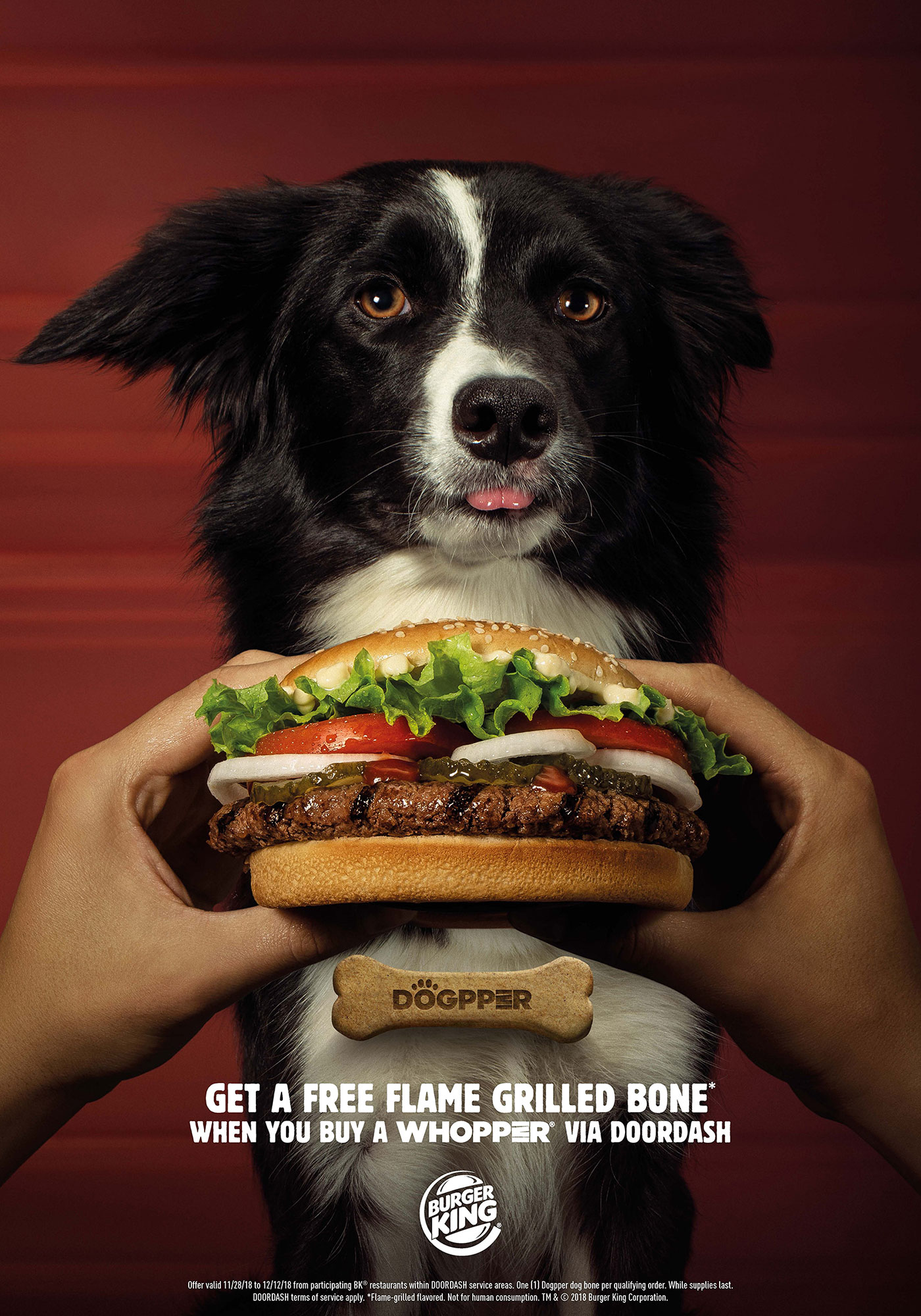 Burger King is going to the dogs! Well, sort of. The fast-food chain announced on Wednesday, November 28, that it is now offering a pet-friendly version of its classic Whopper known as a Dogpper.

The canine-centric treat features the taste of one of the restaurant’s flame-grilled beef patties, but it doesn’t resemble a hamburger at all. Instead, according to a press release shared with Us Weekly, the Dogpper is a meat-flavored dog bone. Yum!

However, procuring one of these treats for your four-legged friend isn’t exactly as simple as you might think. That’s because Dogppers aren’t sold in any BK restaurants. Instead, the snacks for your pooch can only be secured via Burger King delivery orders made through DoorDash.

Furthermore, while Dogppers are free with a purchase, you need to order a Whopper for yourself in order to get one. What’s more? Since customers are only given one treat at a time, people with more than one furry friend need to find a way for their pets to share. 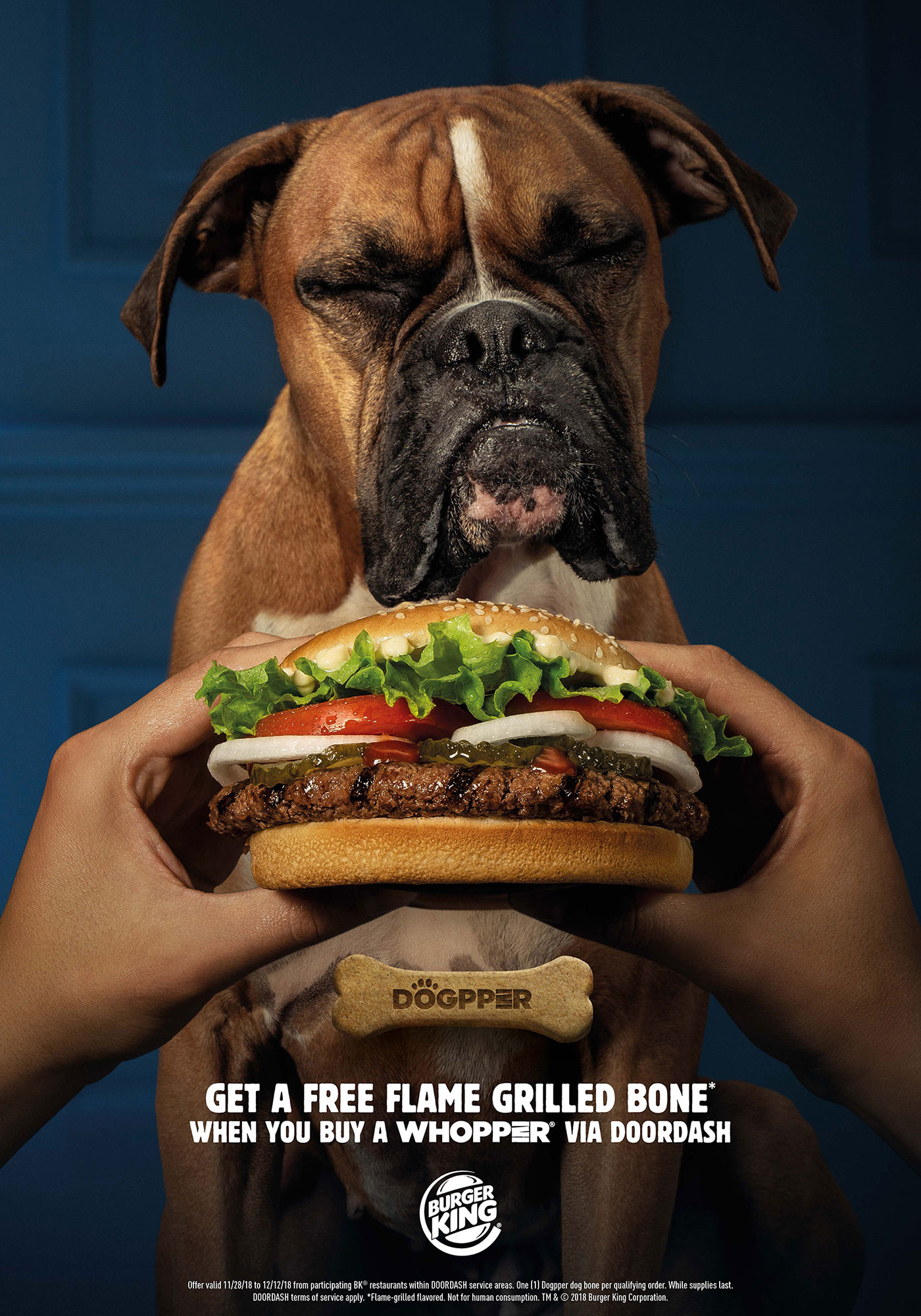 However, if you’re a new DoorDash customer, you can score free delivery on Burger King orders over $10 between November 28 and Tuesday, December 4, when the Dogpper promotion ends, by typing in the code “Dogpper” at checkout.

Though this promotion has gotten a lukewarm reception – “It’s basically a milkbone with the word Doggper on it,” tweeted one naysayer – it appears to be part of Burger King’s larger plan to increase delivery orders. 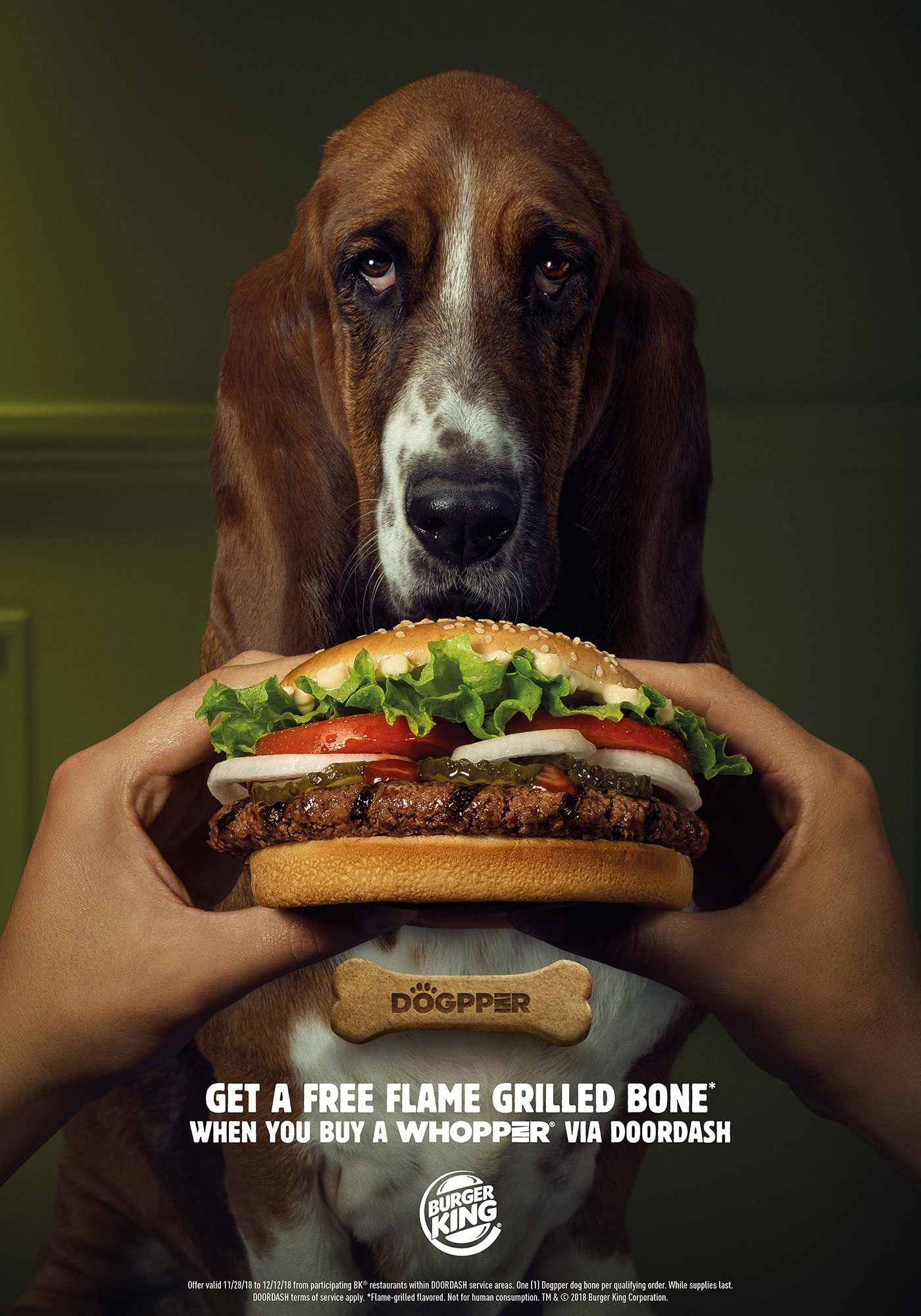 In early November, the chain caused a bit of a stir when it used images of real car crashes involving Burger King restaurants as a way to encourage customers to use delivery instead of driving to pick up their food.

Tell Us: Would you order a Dogpper for your pet?

12/01/2018 lifestyle Comments Off on Fido Needs Fast Food Too! Burger King’s Dogpper Is a Whopper for Dogs
Recent Posts