An FBI spokesperson said no arrests were planned and none were made during the early morning raid, which was carried out by a SWAT team in Calabasas, California. The 23-year-old star was not present at the residence when the warrant was executed.

Authorities told CBS News the search in Calabasas was in connection with an ongoing criminal investigation. FBI Los Angeles spokeswoman Laura Eimiller told CBS News in an email that she was “prohibited” from commenting on the details of the investigation, as the “affidavit supporting the warrant was sealed by the court.”

The City of Calabasas said via Twitter the search was “an FBI operation, not initiated by the city.” The city added it was notified of the search by the sheriff’s department and the FBI used the city hall’s parking lot as “a staging area.”

Local Los Angeles station KABC-TV captured footage of what appears to be the FBI seizing multiple firearms from the estate.

In June, Paul was charged with criminal trespassing and unlawful assembly after he allegedly participated in an unlawful protest at the Scottsdale Fashion Square earlier this summer, the Scottsdale Police Department said. The department announced Wednesday in a statement obtained by CBS News that the misdemeanor charges for Paul and two others connected to the incident — Arman Izadi and Andrew Leon — were “dismissed without prejudice.”

“It is in the best interest of the community to dismiss misdemeanor charges without prejudice so that a federal criminal investigation can be completed,” police said in the statement. “Scottsdale retains the option to refile charges depending on the outcome of the federal investigation.”

Izadi, a friend of Paul’s and self-proclaimed “businessman, leading hospitality entrepreneur and renowned social media insider,” confirmed there was a “raid” at his Las Vegas home in his Instagram Stories on Wednesday. “I’m not going to get into any details other than to tell you the only thing they wanted to know about was Arizona,” he said in reference to the FBI investigation. 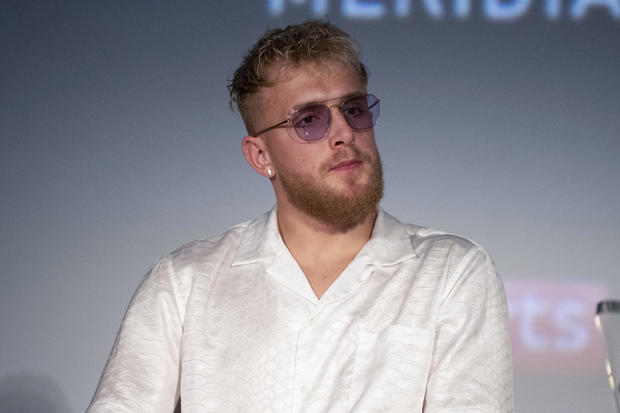 Police said in June that they received “hundreds” of tips and videos identifying Paul as a participant in the demonstration at the mall. Police said Paul was present at the mall after the protest was declared an unlawful assembly and “rioters” were ordered to leave. He also allegedly entered the mall illegally when it was closed.

Paul denied that he “engaged in any looting or vandalism” at the time, despite being seen with friends on video as people around them appeared to be damaging property.

In a statement released after the videos surfaced on social media, Paul said he had and his friends spent the day “peacefully” protesting the death of George Floyd and that they were “strictly documenting” what they saw.

Paul, who is no stranger to controversy, was most recently under fire for throwing a large party at his Calabasas home in July as coronavirus cases in the state skyrocketed, reported Entertainment Tonight at the time. Videos of the bash that surfaced on social media showed attendees not wearing masks or practicing social distancing.

Calabasas Mayor Alicia Weintraub said the city was contemplating taking action against the star for the party, CBS LA reported. “The warning period is over that no one should be having large parties in the city of Calabasas,” Weintraub said.

08/06/2020 lifestyle Comments Off on FBI searches California home of YouTuber Jake Paul
Recent Posts
We and our partners use cookies on this site to improve our service, perform analytics, personalize advertising, measure advertising performance, and remember website preferences.Ok