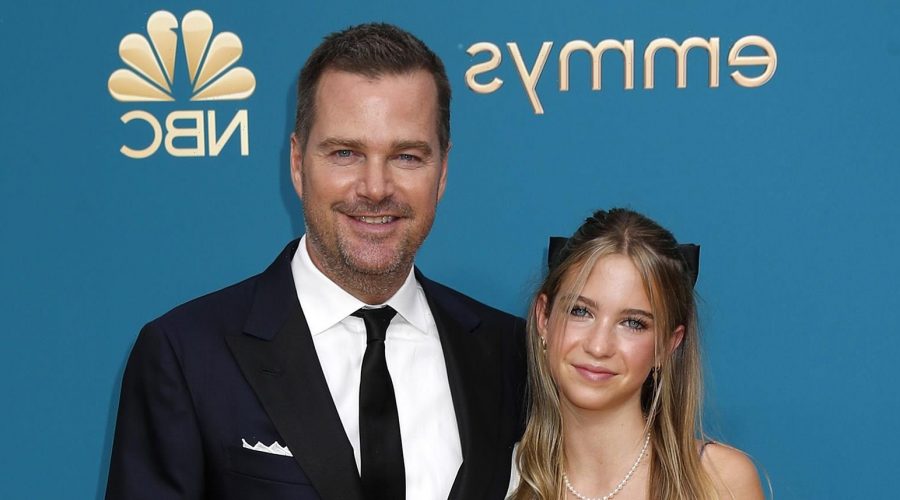 A very special night out. Chris O’Donnell brought his youngest daughter, Maeve, as his date to the 74th Primetime Emmy Awards.

The NCIS: Los Angeles star, 52, was a presenter at the awards show on Monday, September 12, handing out the trophy for Outstanding Lead Actress in a Limited or Anthology Series or Movie alongside Shemar Moore.

Earlier in the evening, the Batman Forever actor walked the red carpet with Maeve, 14, whom he shares with wife Caroline Fentress. The couple — who tied the knot in 1997 — are also the parents of Lily Anne, 23, Christopher Jr., 21, Charles, 19, and Finley, 16.

O’Donnell opted for a classic black suit for his Emmys appearance, while Maeve wore a multicolored slip dress and accessorized with silver heels.

Celebrity Parents With the Biggest Broods

During a red carpet interview with KTLA, the Boston College graduate pointed out that nearly all of his kids have had cameo roles on NCIS over the years. “I don’t know if they necessarily want to follow in my footsteps,” the Illinois native explained on Monday. “Four of the five have been on the show in little bit parts, and the one that hasn’t, [Christopher Jr.], is a little jealous at this point. We’ll see. We’ll try and find him a little spot.” 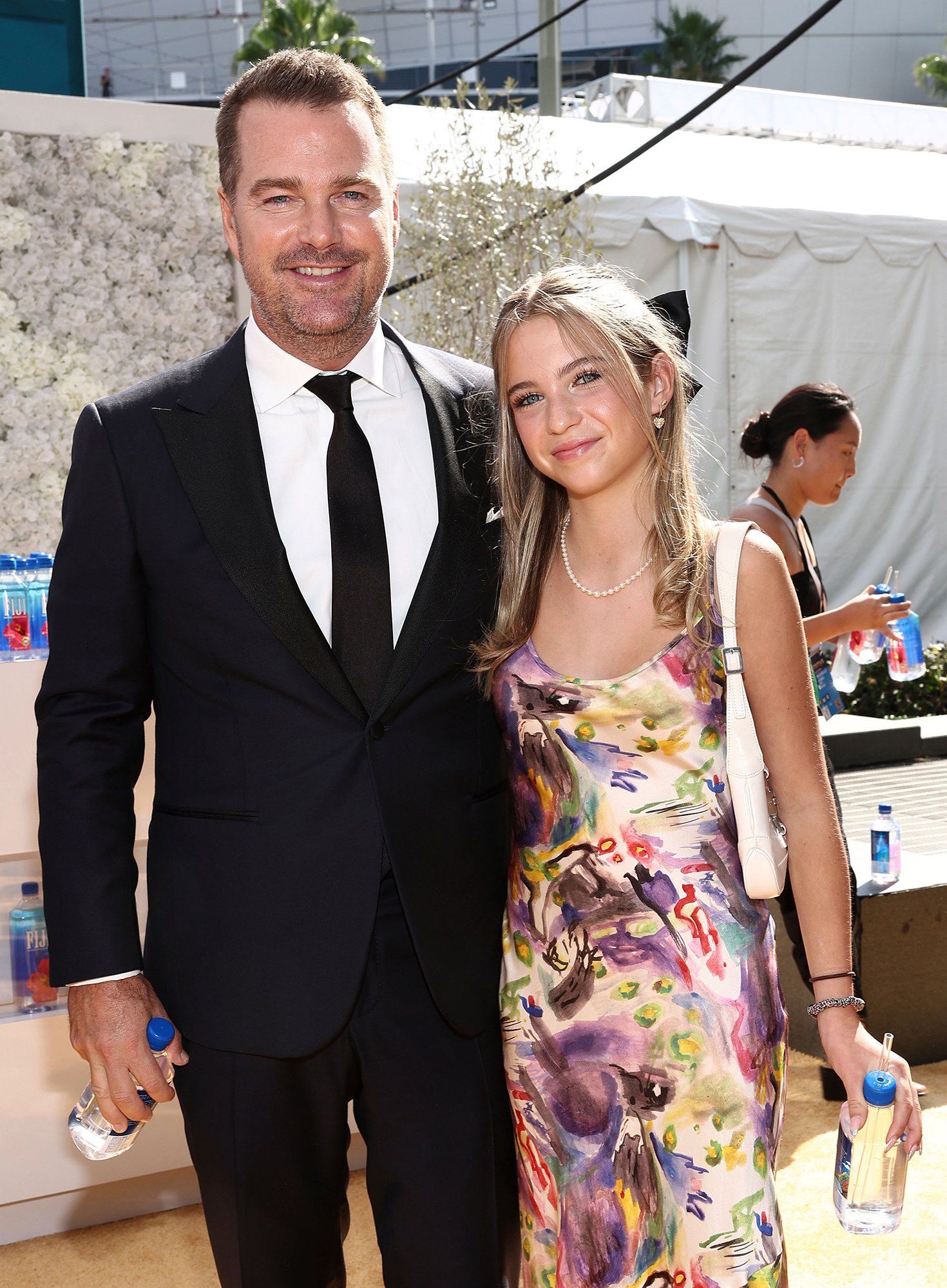 Maeve was actually the most recent O’Donnell kid to appear on the show, starring alongside her mom, 49, in a 2015 episode when she was just 7 years old. After the episode filmed, the Hawaii Five-0 alum revealed that Maeve stole the show on set.

“She had one little line, and she would rehearse it at home and knew her line and she did it and she’s like, ‘OK,’” the Mad Love actor told Entertainment Tonight in October 2015. “I was like, ‘We’re going to do it again,’ and she was like, ‘But I did it. I did it good.’”

The proud dad admitted that Maeve was a “little nervous” before filming began, but she settled in quickly. “She arrived at my trailer and they put a big star with her name on the board,” he recalled. “She warmed up when she got in the makeup trailer and they started to let her play with the makeup brushes and do her hair.”

During a 2020 appearance on Live With Kelly and Ryan, O’Donnell admitted that having all five of his kids at home during the coronavirus pandemic was a blessing — but it was also somewhat challenging.

“When COVID hit, everybody came home from school, so we had all five in the house,” he explained in November 2020. “It was great. On the one hand, it was nice that we had more family dinners in two or three months’ span than we’ve had in previous years, but you kind of realize [that] at a certain point, college-age kids aren’t meant to be home with their parents all the time. It’s not natural.”