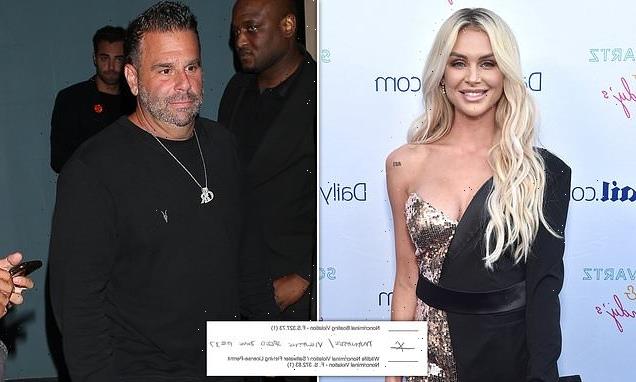 Hollywood producer Randall Emmett, who is accused of abusing ex-Lala Kent, is facing two months in jail after he was arrested for speeding in MANATEE protection zone

A Hollywood film producer was arrested and facing jail time after he failed to pay a fine for endangering a manatee while speeding in a boat, Femail can exclusively reveal.

Randall Emmett, 51, from Miami, who is best known for producing Martin Scorsese’s epic gangster film The Irishman, hit the headlines earlier this summer after he was  accused of domestically abusing his reality star ex-wife Lala Kent.

Six weeks ago,  an explosive report in the Los Angeles Times alleged the The Irishman producer exhibited abusive behavior toward women, assistants and business partners, including allegations he required sexual favors from women in exchange for a part in his films.

He also faces a number of lawsuits accusing him of misrepresentation and civil fraud including one regarding an allegation of exploitation of Bruce Willis on Emmett’s sets, as the actor’s cognitive abilities declined. He disputes the claims.

It has now emerged that isn’t the full extent of the actor’s legal woes – and Femail can reveal he was fined for a manatee violation after he was speeding on a boat in Florida last year.

Court documents show Emmett was arrested on January 2, 2021, for a ‘manatee/violation speed zone’ – but that he failed to pay the $140 fine, and so could be facing jail time.

A spokesperson for Emmett told MailOnline, ‘it was a citation, which he has paid’. 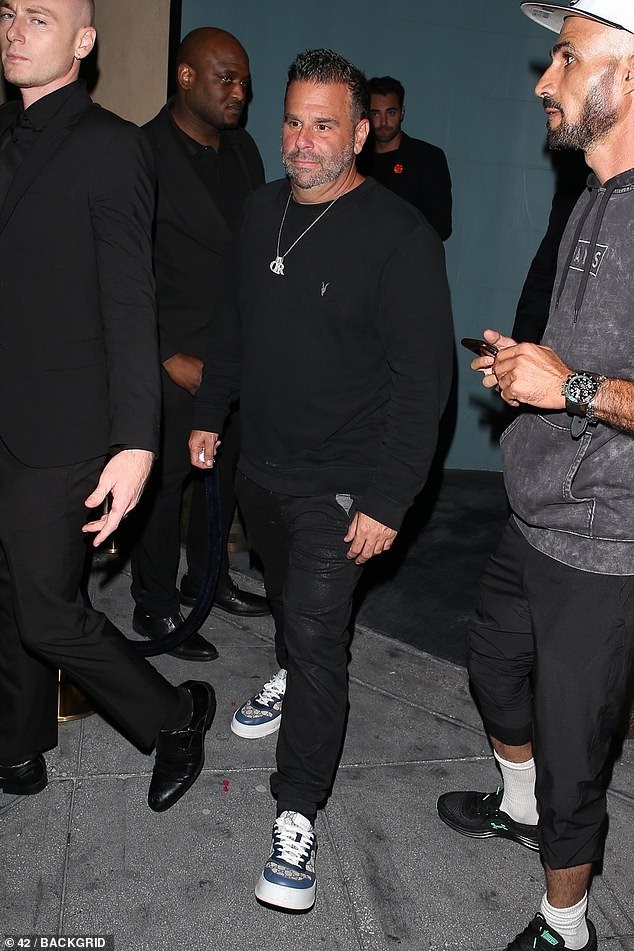 Hollywood producer Randall Emmett, 51, (pictured last week) is facing jail time after endangering a manatee while speeding in a boat 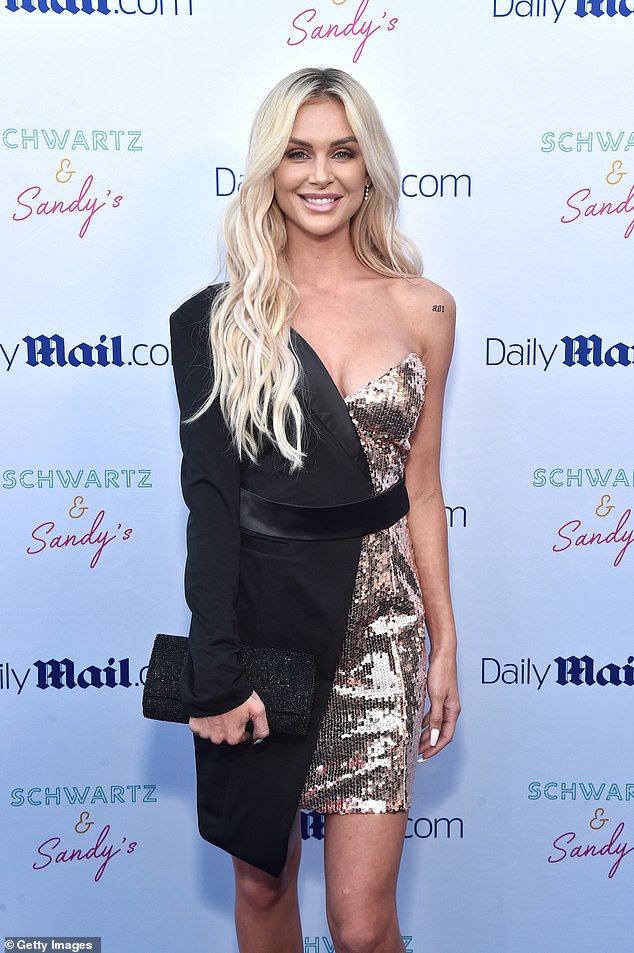 It could spell more trouble for the producer, whose ex-wife Lala Kent has claimed he domestically abused her (pictured) 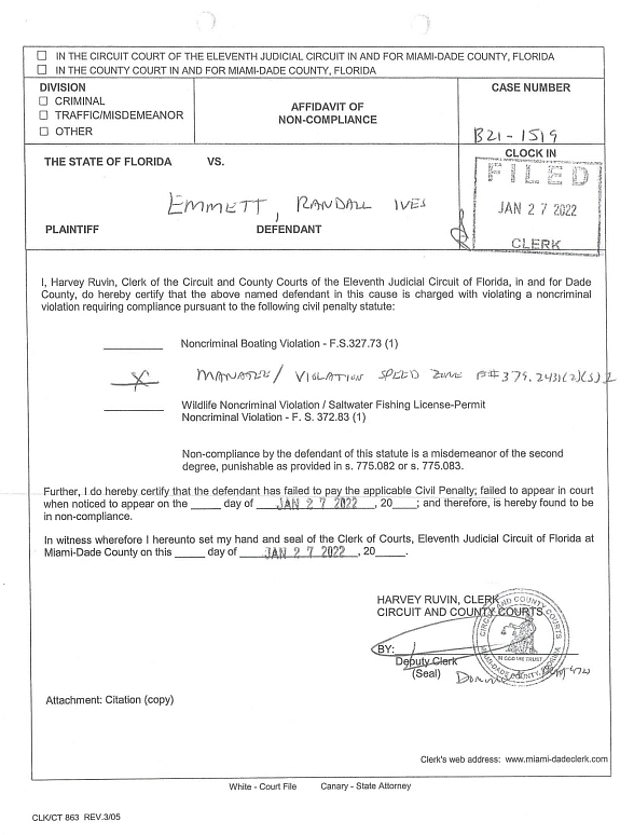 Court documents seen by MailOnline show Emmett was fined on January 2, 2021, for a ‘manatee/violation speed zone’. The crime carries a fine of $140 in Florida, which rises to $160 if unpaid after 30 days

Manatees, or sea cows, are protected in Florida by low speed zone. They are known as docile animals that are friendly to humans and pose little threat.

However, around a quarter of manatee deaths in the Sunshine State are caused by collisions with boats.

Court documents show a judicial clerk for Dade county said the Hollywood producer did not pay the fine and failed to show up to court.

He was deemed as non-compliant, which is a second degree misdemeanor, meaning Emmett faces up to 60 days in jail. 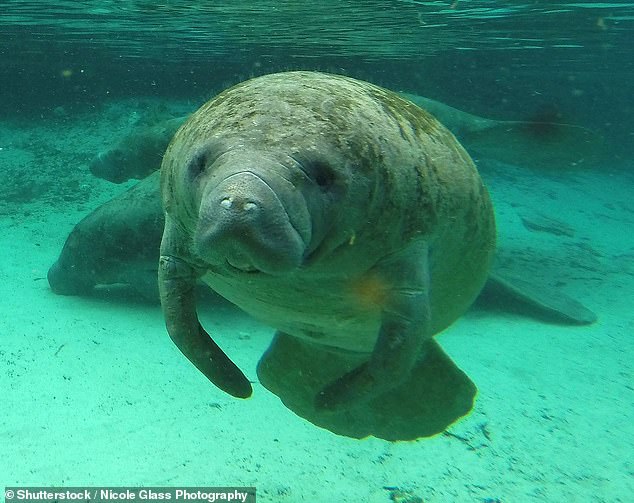 Manatees, or sea cows, are protected in Florida by low speed zone. They are known as docile animals that are friendly to humans and pose little threat (pictured: Stock image) 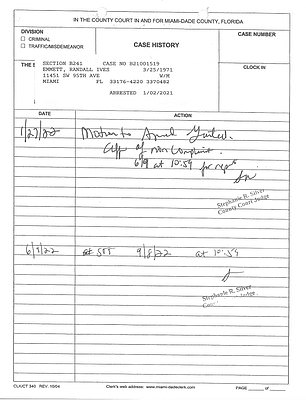 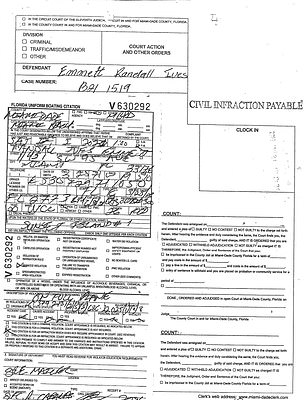 It could spell more trouble for the producer, who is also being sued by Kent, 31, for alleged domestic dispute.

The LA Times reported that one woman, who has remained nameless, said she gave the Silence producer ‘massages and oral sex, allowed him to digitally penetrate her and stood nude in his office while he’ pleasured himself over a three year period.

The Vanderpump Rules star and the producer met in 2016, but kept the relationship secret for before going public in 2018, after Emmett’s divorce to You actress Ambyr Childers, 34, with whom he shares two children.

Emmett had a recurring role on the reality show after he and Kent announced their engagement later that year.

Their wedding was planned for 2020, but postponed due to the pandemic. The couple welcomed a daughter, Ocean in March 2021.

They split later that year and the break was confirmed in November 2021.

Kent said he tackled her when she grabbed his cell phone during a heated confrontation about cheating.

The 31-year-old reality star alleged that he pushed her to the ground when she accused him of philandering in October 2021.

Her Vanderpump Rules castmates had alerted her that pictures of Emmett exiting an elevator with two young women in Nashville were circulating online, she told the Los Angeles Times. 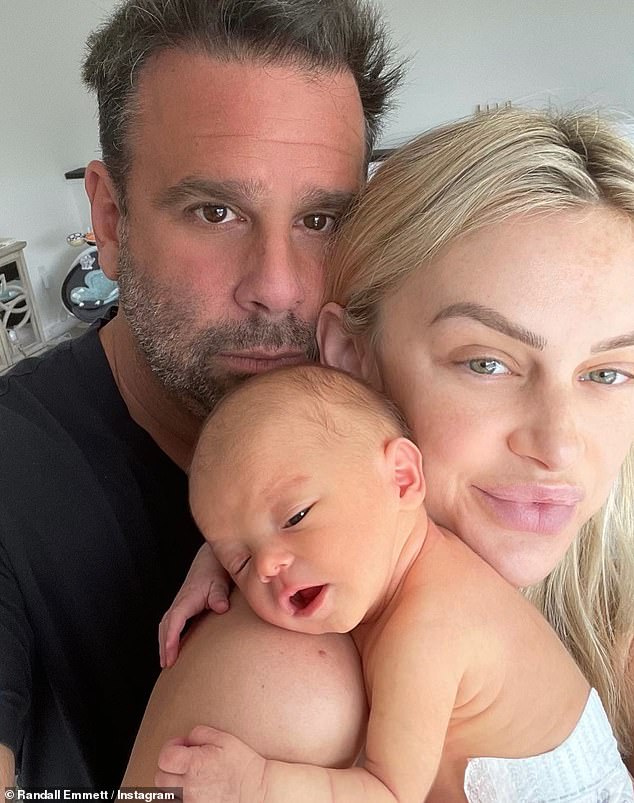 Family: 31-year-old reality star Kent – who has since split with the 51-year-old film producer she shares a 15-month-old daughter named Ocean with – alleged that he pushed her to the ground when she accused him of philandering in October 2021 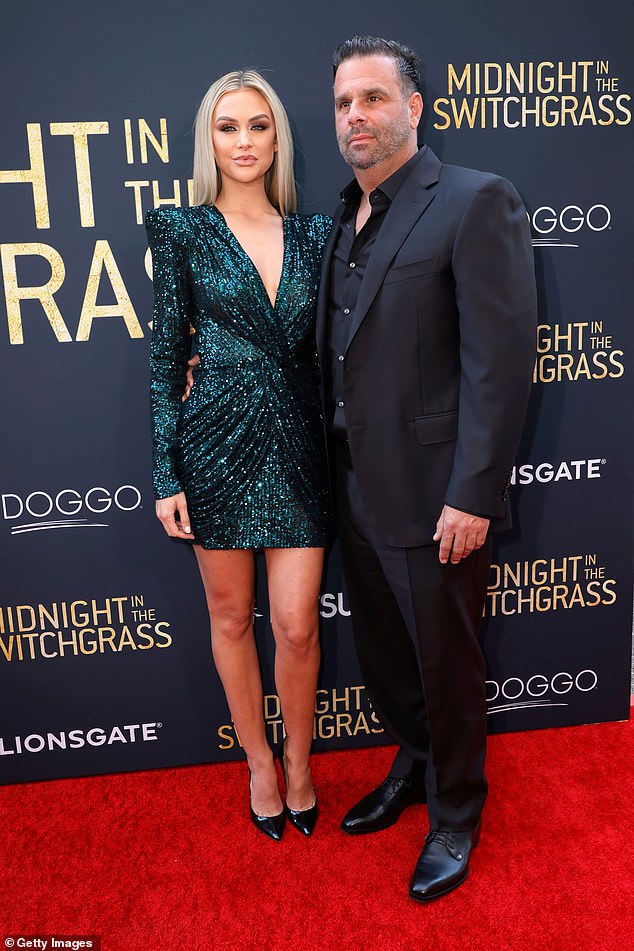 Revealing: Lala has claimed Emmett tackled her when she grabbed his cell phone during a heated confrontation about cheating

When he was back in LA shortly after Kent claims to have demanded to see the contents of Emmett’s phone and when he refused, she grabbed it away from him.

She said: ‘He ran after me, tackled me and knocked me to the ground.

‘I used every ounce of strength to get him off of me as he was trying to pry it from my hands… That was when I knew, for sure, that there was a lot he was hiding.’

The publication claims to have spoken to five people who backed Kent’s allegation about Emmett tackling her within weeks of the altercation, however, his team denied that a physical fight had happened.

Emmett’s spokesperson Sallie Hofmeister said: ‘Randall enjoys socializing with friends. In Nashville he was hanging out with a large group of people, men and women.’

Through a spokesperson, Emmett has blamed his current legal troubles on his former flame, who is seeking full custody of their one-year-old.