The ex-mistress of Spain’s scandal hit former King Juan Carlos I has opened up about their tumultuous relationship and admitted she avoided his children because meeting them made her ‘uncomfortable’.

Juan Carlos, who is married to Queen Sofia, 81, left his homeland in August after it was claimed he allegedly received millions of euros from Saudi Arabia’s late King Abdullah.

Meanwhile Swiss prosecutors are examining a £59 million (€65 million) payment Juan Carlos made to Sayn-Wittgenstein in 2012 under suspicion of money laundering.

Speaking to French magazine Paris Match, Corinna denied all allegations of wrongdoing and opened up about her affair with Juan Carlos. 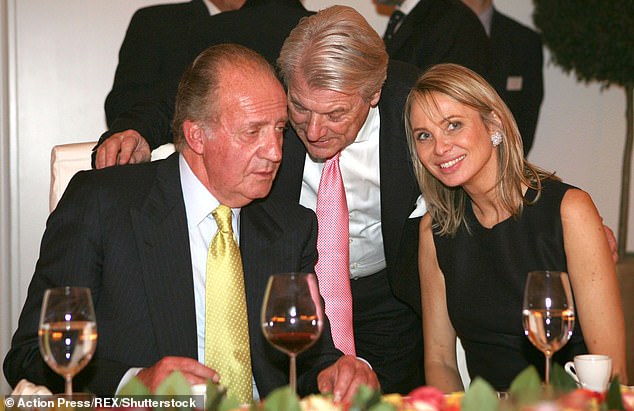 Corinna zu Sayn-Wittgenstein, 56, who resides in London, had an affair with Juan Carlos I from 2004 to 2009. She told French Magazine Paris Match she tried to avoid meeting his children because it made her uncomfortable. Picture: The former couple with architect Manfred Osterwald in Stuttgart in 2006

The Danish-born businesswoman recalled meeting her lover’s son Felipe VI – then heir to the throne – and his wife Letizia in 2007.

She said the future king was ’embarrassed’ by the encounter, but his wife was ‘charming’.

‘I met Felipe in 2007 at an award ceremony for the Spanish sport charity Laureus, which I’m involved in,’ she said.

‘Felipe looked embarrassed but Letizia was absolutely charming. I was with my son, who was then five-years-old and when he arrived, the King [Juan Carlos I] took him in his arms. He was not trying to hide anything.’ 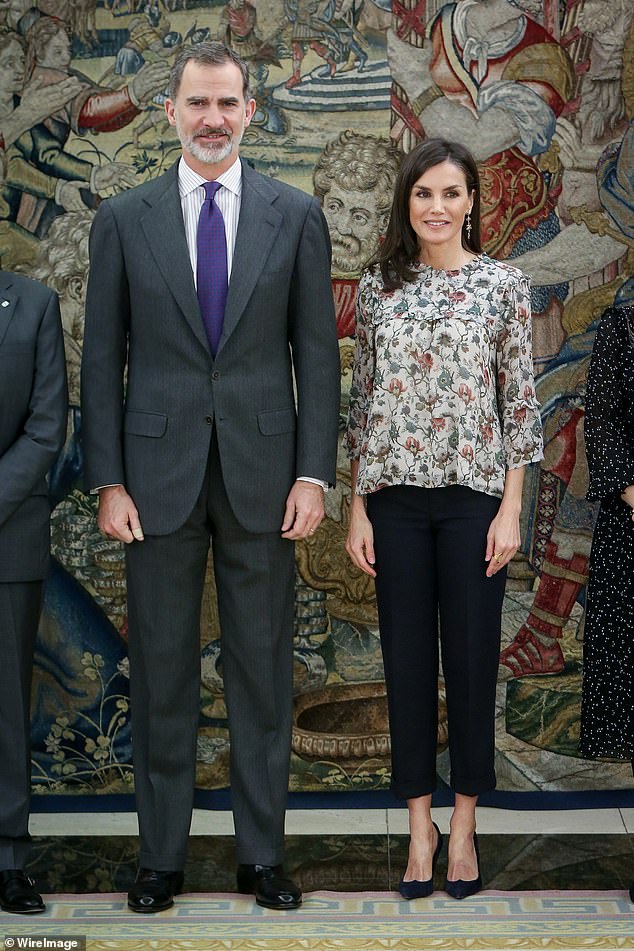 Corinna claimed to have met the then heir to the Spanish throne and his wife in 2007 at a charity event (pictured: Felipe VI and Letizia at Zarzuela Palace in February 2020)

She also recounted meeting Felipe’s sister, Infanta Christina, and her husband Inaki Urdangari, as well as his other sister Infanta Elena.

‘I never looked to socialise with them, it made me uncomfortable,’ Corinna admitted. ‘I avoided contact with them as much as possible.’

She claimed her affair with Juan Carlos evolved into ‘close friendship’ following the end of their romantic involvement in 2009.

Corinna’s relationship with the then King of Spain was catapulted into the limelight in 2012 after he broke his hip during a safari trip to Botswana, on which she had accompanied him. 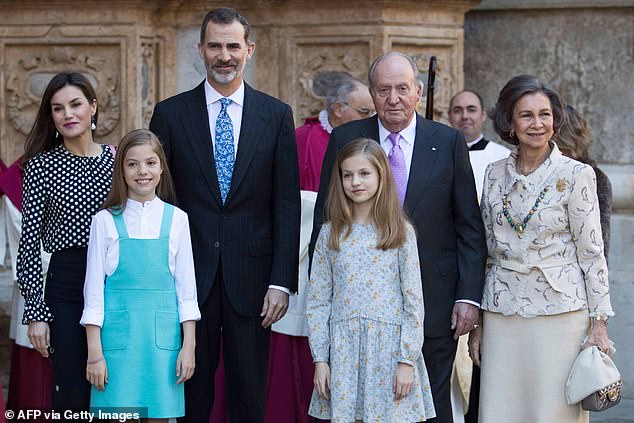 Remembering their ill-fated hunting holiday to Botswana eight years ago, Corinna told the BBC back in August: ‘I wasn’t keen on going on this trip… I felt that King Juan Carlos was trying to get me to come back to him, and I didn’t want to give a false impression. I almost had premonitions about this trip.’

She concluded that the media circus which followed was masterminded by the royal establishment, who wanted to ‘speed up an abdication’ and have her out of the picture.

‘From the moment I came back from that trip I was under full-blown surveillance,’ Corinna told the BBC. ‘This was the beginning of a campaign to paint me as this Wallis Simpson, Lady Macbeth, evil character who’d led this wonderful man astray on this trip during a big economic crisis.’

First, she claimed, her Monaco apartment was ransacked and then on a business trip to Brazil she believes she was tailed.

Corinna said an anonymous threat was made about there being ‘many tunnels between Monaco and Nice’ – a reference to Princess Diana’s fatal car crash. 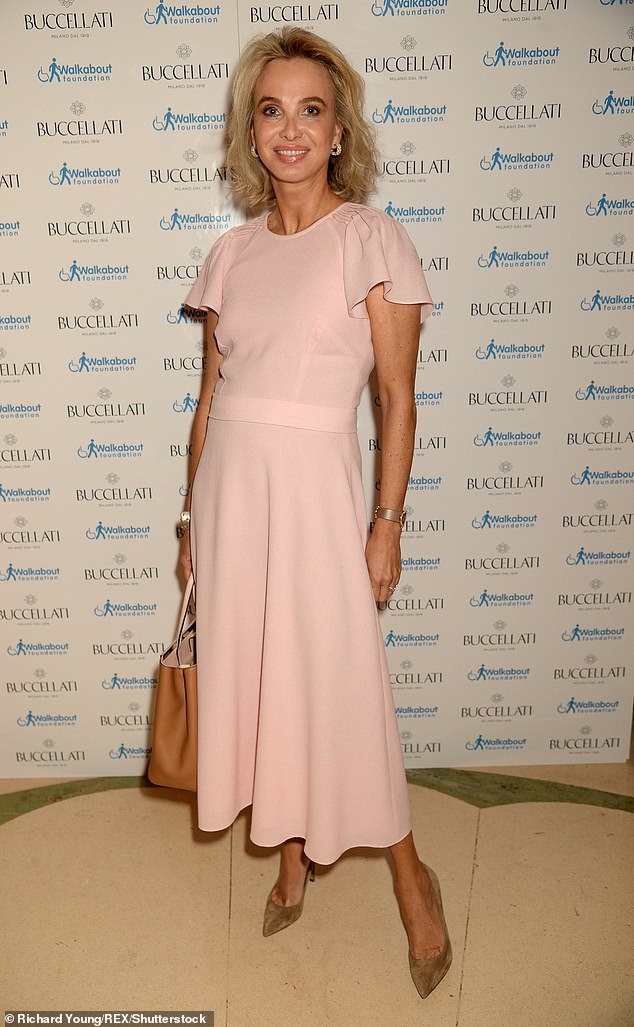 Corinna has claimed that the Centro Internacional de Inteligencia (CNI), Spanish intelligence, began harassing her (pictured in London on 16 June 2017)

Furthermore, she claimed a book about the British royal’s death was left in the living room of her Swiss apartment.

After the Botswana trip, she claimed Juan Carlos ‘gifted’ her €65 million (£59 million) out of guilt for the ‘intense pressure’ she came under and as an expression of his love.

That colossal transfer of funds is now the subject of a Swiss inquiry.

The former king, who abdicated in 2014, is under investigation by Spain’s supreme court over corruption allegations which centre on a $100million payment by the late king of Saudi Arabia.

At the start of this month, Juan Carlos announced he was leaving Spain and it has recently emerged that he is staying in Abu Dhabi.

09/29/2020 lifestyle Comments Off on Ex-mistress of Spain's former king Juan Carlos opens up about affair
Recent Posts
We and our partners use cookies on this site to improve our service, perform analytics, personalize advertising, measure advertising performance, and remember website preferences.Ok