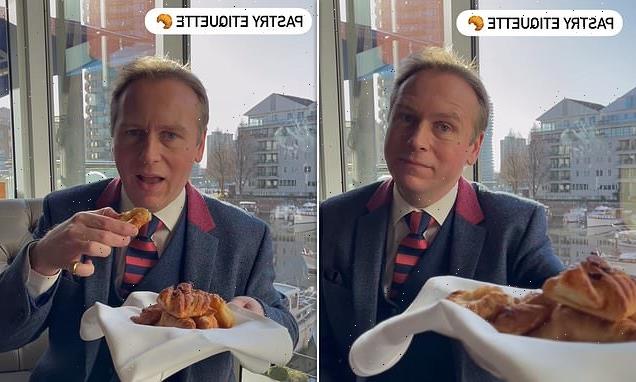 A former butler to King Charles has revealed the ‘correct’ way to enjoy eating breakfast pastries.

Grant Harrold, who is originally from Airdrie, Scotland, is an etiquette expert and royal commentator who works with royals across the world.

In the past, he worked for the British Royal Family, as a member of the now-King Charles and Queen Consort Camilla’s household based at Highgrove between 2005 and 2011.

As part of his duties, Grant butlered for the now-monarch, as well as for the late Queen and Prince Philip on occasion. 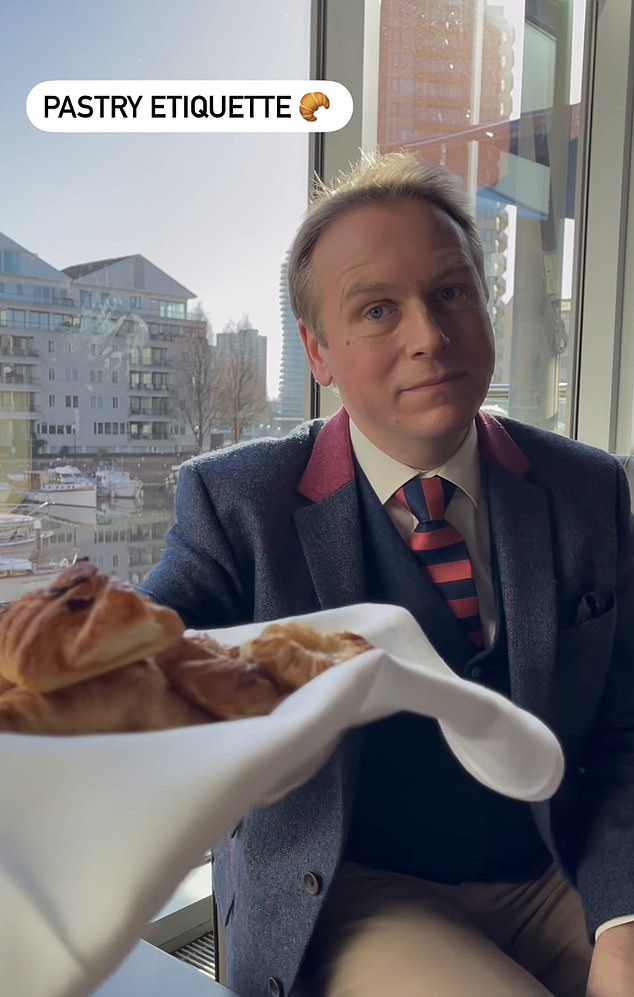 Now he creates content around etiquette topics on TikTok and Instagram, revealing the posh way to behave when it comes to dining and socialising among other things.

In a recent clip, he explained the correct way to enjoy breakfast pastries, explaining to viewers how they should serve the baked goods.

Taking to Instagram, he filmed himself holding a basket of pastries, which he proceeded to tuck into, before instead discussing etiquette issues.

These included how many of the treats to take at a time, and who should get their first pick of the goodies. 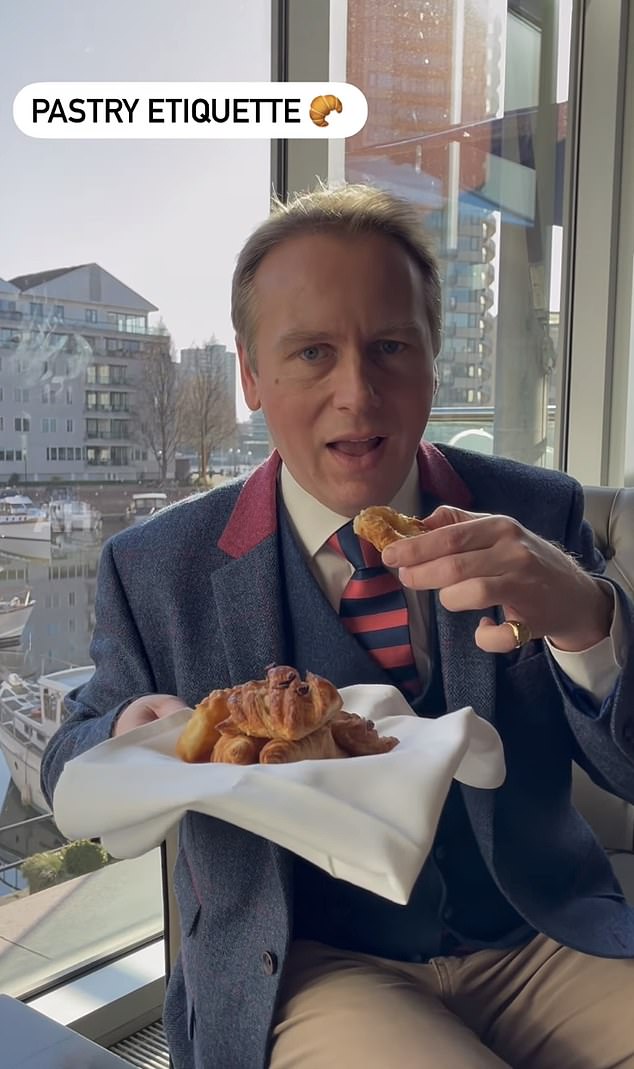 According to the former royal butler, you should ensure you only take one pastry, after offering the selection to your guests first

In the video, he says: ‘Ladies and gentlemen, please remember, that when having a pastry in the morning, you only take one.

‘But also, you offer to your guests first.’

Taking to the comments section to discuss the simple rules outlined by the former royal butler, some viewers expressed their tongue-in-cheek disappointment at only being able to eat one pastry.

One commentator wrote: ‘One and croissants can’t be in the same sentence, never.’

Another agreed, adding: ‘Do you mean take one….. at a time? Lol, I could demolish that basket in under 2 minutes.’

Meanwhile, a third joked: ‘I think im afraid to offer first as ill end up with none!!’

And a fourth quipped: ‘if there is only one Chausson Aux Pomme then respectfully sir No.’

As well as creating etiquette content, Grant is a royal commentator, and has previously spoken about his experiences working for the Firm. 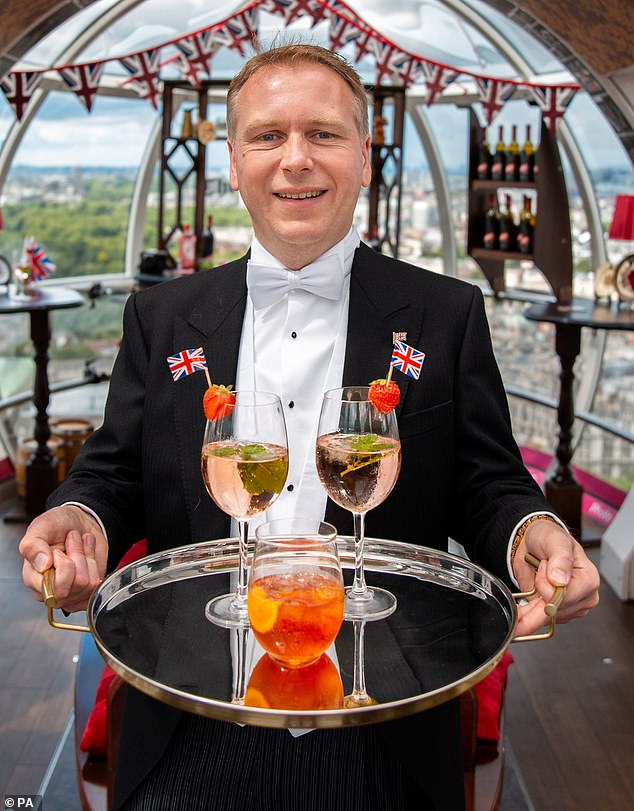 Following the death of Queen Elizabeth II last year, he appeared on Australian radio discussing the first time he met the late monarch, revealing that he was introduced to her by then Prince Charles at her 80th birthday.

He said: ‘I was busy actually serving at the time, and it’s most awkward moment when the middle of service you suddenly have an introduction.

‘I remember the Prince kind of standing around and says, “Mummy, this is this is Grant one of my Butlers” and she went “oh” and she looks around and I though “oh God what do I do now, drop the dashboard or keep standing there, I don’t know what to do!”

‘And she looked at me and smiled and started chatted with me and I was so nervous and so overwhelmed that the Prince had just introduced me to the Queen.

‘She said something to me, and I think I literally went blank because I couldn’t get my words out.’