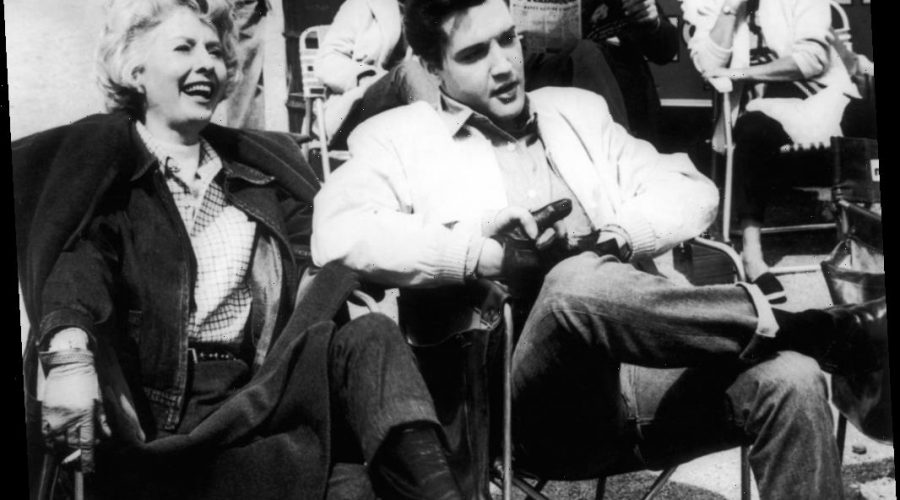 Elvis Presley was known for his charm, however, one famous actor didn’t want to get close to him. Barbara Stanwyck, the star of The Big Valley and several classic movies, appeared in one of Elvis’ musicals. She was initially cold to the King of Rock ‘n’ Roll for a very specific reason. Here’s what one of his friends had to say.

Firstly, a little background. While Elvis is primarily remembered for his music, movies were a huge part of his career as well. In his films, she worked alongside legends like Nancy Sinatra, Ursula Andress, and Ann Margret. According to the book Elvis Presley: Silver Screen Icon, Mae West was reportedly given the opportunity to appear in the Elvis vehicle Roustabout. However, West turned down the role, which went to Stanwyck.

Stanwyck is remembered for her classic roles in films like Double Indemnity, Stella Dallas, and The Lady Eve. In addition, she had a major role in a Western TV series called The Big Valley. During an interview with Elvis Australia, Elvis’ friend Sonny West revealed Stanwyck was initially cold toward the King of Rock ‘n’ Roll. “Then there was Barbara Stanwyck,” he recalled. “There was a little situation there at first. She was very cool towards Elvis. But once again, his charm- He never backed off, it was a challenge to him.”

What happened when Barbara Stanwyck opened up to Elvis Presley

West opened up to Elvis eventually. “Later she told him why she didn’t want to get close to him at first,” West said. “She took him aside and said, ‘It’s because you remind me so much of Robert.’ She was referring to Robert Taylor, the love of her life, which she never got over. They had the same look: dark hair, smouldering features. ‘He was gorgeous, and you’re gorgeous’, she said to Elvis.” Taylor was known for his roles in Magnificent Obsession and Waterloo Bridge.

How the world responded to ‘Roustabout’ and its soundtrack

So how did the world react to Roustabout? According to Elvis Presley: Silver Screen Icon, Roustabout earned $3 million at the box office. It became the 28th top-grossing film of 1965.

In addition, the music from Roustabout proved successful. The soundtrack of the movie reached No. 1 on the Billboard 200 in 1965. In addition, the Roustabout soundtrack produced a song which would have a special place in Elvis’ career: “Little Egypt.” “Little Egypt” was one of the songs he performed during his ’68 Comeback Special. The track was originally by The Coasters, but Elvis became one of many famous singers to record it. Interestingly, “Little Egypt (Ying-Yang)” was written by Jerry Leiber and Mike Stoller, the same team behind his other hits like “Jailhouse Rock,” “Trouble,” and “Don’t,” and “Hound Dog.”

Stanwyck was initially cold to the King of Rock ‘n’ Roll, however, the film they made together was commercial dynamite.

03/09/2021 lifestyle Comments Off on Elvis Presley: Why 'The Big Valley''s Barbara Stanwyck Was 'Cold' to Him
Recent Posts