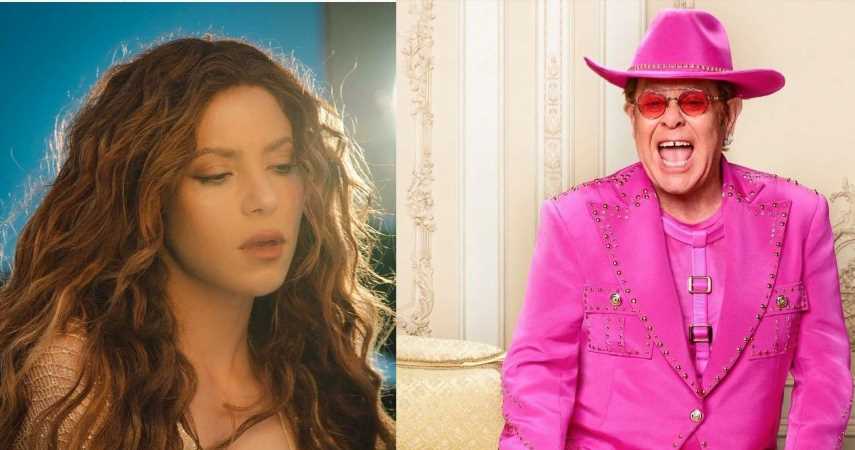 Celebrities are among the wealthiest people that live among us, and in most cases, celebrities are known to earn millions upon millions of dollars through a variety of income streams. Of course, with so much money coming in, there’s the inevitable tax man that has to be paid as well, and these huge earners find themselves caught in a very high tax bracket. There are many celebrities that fumble right here, at this stage. Some take a tax-hiatus and end up broke and in shambles when the tax man comes calling. Others diligently pay out massive portions of their earnings to avoid this messy situation altogether, and others, well, others seem to hide their millions to avoid having to pay taxes altogether. The Hollywood Reporter has just revealed that many of the most elite, famous faces, have been linked to a tax evasion scheme in what’s being dubbed as the case of ‘Pandora’s Papers’. It has been stated that Shakira and Elton John are two of the celebrities that have been named amid the explosive allegations, as part of this damning data leak.

The spotlight is now on Shakira and Elton John for all the wrong reasons. If the reports are true, they’re both in some incredibly hot water, as it appears they have cleverly stashed millions of dollars to avoid paying taxes on that income.

Both artists deny the claims, but numerous news sources have uncovered this stunning tax evasion story to include their names, among many other notables that are also linked to these troubling accusations.

It appears that a number of celebrities, including Elton John and Shakira, have knowingly transferred millions of dollars with the intention of burying the funds so as to evade paying their taxes.

The Hollywood Reporter reveals that it seems Elton John and Shakira are among many that, “set up PO Box companies in known tax havens, such as the British Virgin Islands, Panama or the Bahamas, a setup often used to hide money from tax authorities.”

If these allegations prove to be true, both of these artists, along with a long list of celebrities, will be facing serious consequences, punishable by the law. Damage control is in full force, as the artists deny their wrongdoing and their media reps work hard to rectify this situation before it  blows up and starts to trend, further exposing these allegations. Also named in Pandora’s Papers are 35 world leaders, Ringo Starr, and supermodel Claudia Schiffer.

This data leak has exposed a variety of big names in what could very well be a case that results in criminal charges and steep penalties. The story continues to develop.