If you didn’t know the name Elsie Fisher before 2018, you most certainly do in 2019, as the 15-year-old actress has had quite a year. She’s been in the industry since 2009, but this year marks her first ever Golden Globes nomination, which explains why Elsie Fisher’s 2019 Golden Globes Look is nothing short of flawless. It was her time to shine, and she certainly did — and as usual, I’m ready to gush about it.

The number one reason I was particularly curious to see Fisher’s look at the Golden Globes was because, prior to Eighth Grade, the 2018 flick for which she earned her "Best Actress" nomination, I only really recognized Fisher’s name from her voice roles in the Despicable Me films, so I hadn’t seen much of her in the flesh. Now she’s at the Golden Globes as the youngest nominee this year, in the Best Actress is a Musical or Comedy alongside such heavy hitters as Emily Blunt (Mary Poppins Returns), Olivia Colman (The Favourite), Charlize Theron (Tully) and Constance Wu (Crazy Rich Asians). When you’re in a category like that, it really *is* an honor just to be nominated.

Clearly, Fisher knew the red carpet would be many people’s introduction to her, so she decided to go all out and really make herself known, by rocking a head to toe red Gucci suit and she didn’t go halfway with it, as it’s a velvet suit to boot. Not only that but she then paired it with amazing matching boots and pink highlights in her hair. The intensity of the look meant she didn’t do a lot in the accessories department, save for a serious belt and an adorable red purse with black tassels, which match her nail game. 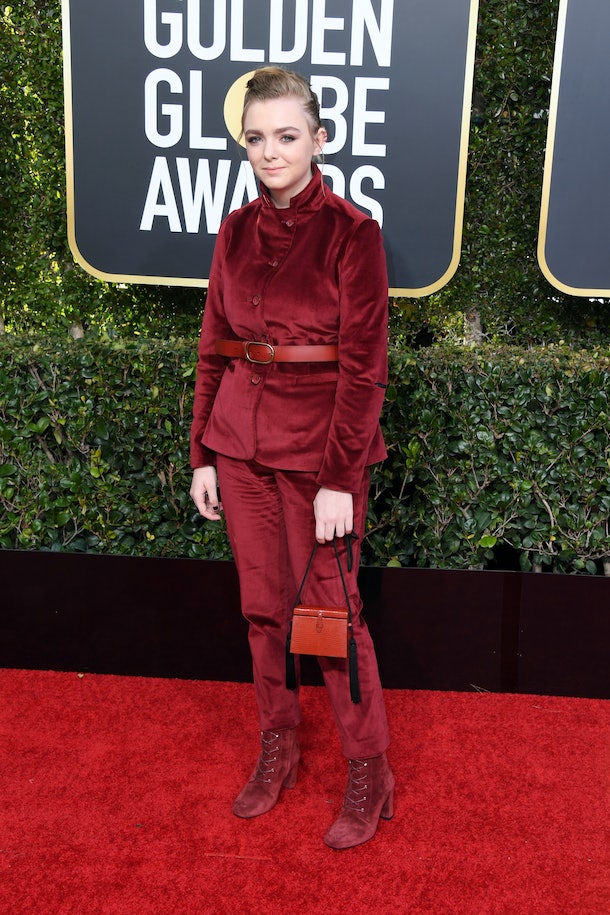 Prior to the red carpet reveal, I was almost positive Fisher would be wearing a suit to the Golden Globes, and she didn’t disappoint. She’s donned quite a few as of late, and always pulls them off with a cool-girl finesse I could never achieve, and I’ve really loved seeing this starlette’s style blossom. Lady suits have been a hot trend the last few years and 2019 is getting off to a great start with Fisher sporting looks like these on the red carpet.

She certainly is carrying the lady suit look over from 2018. Check out some of her other looks from the Eighth Grade red carpets she’s attended.

She wore a full-on hot pink suit by A.L.C. with matching pink shirt at the Gotham Awards 2018: 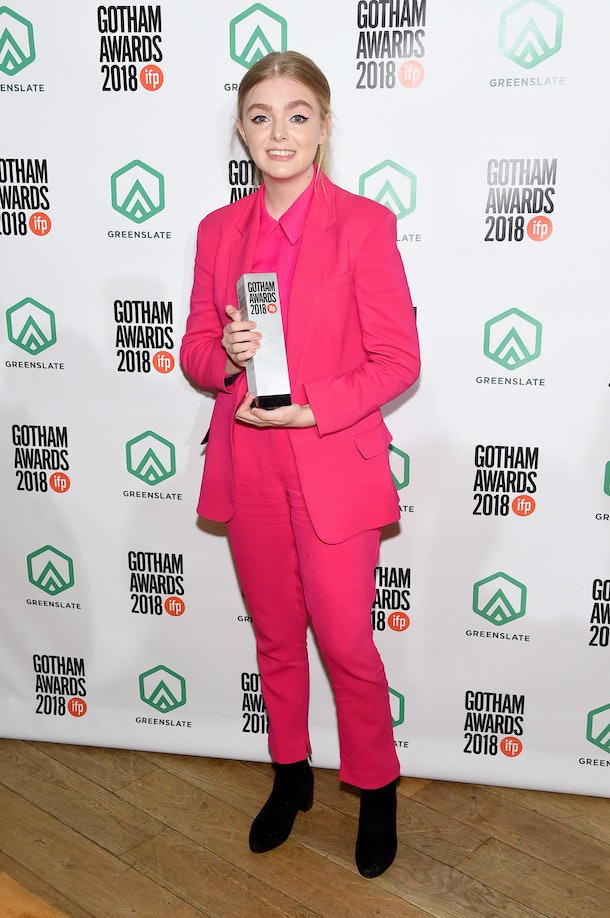 And let’s not forget this no-nonsense black suit paired with Thom Browne accessories. A major lewk: 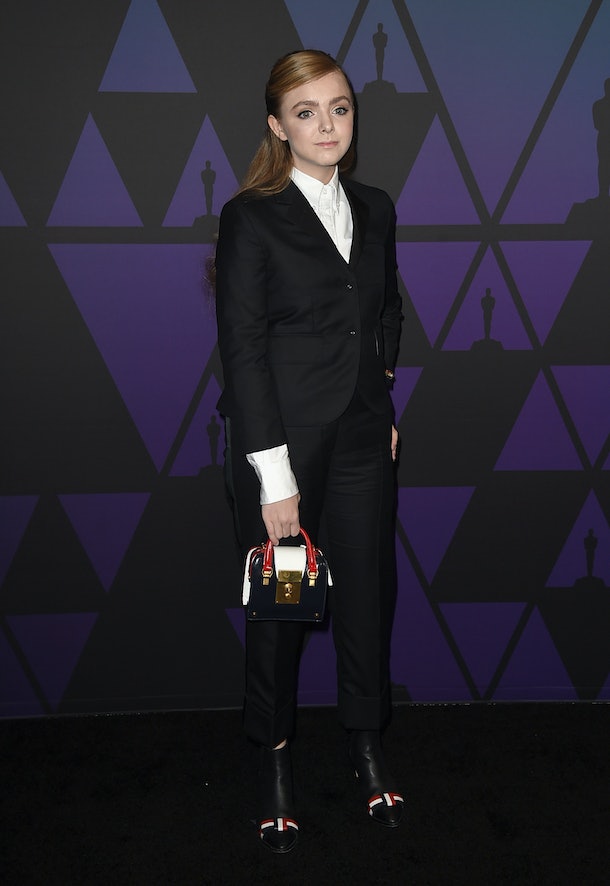 And finally, one of my favorites had to be this polka-dotted suit by Scotch & Soda paired with a pussy-bow blouse:

Yesterday was such a fantastic night! I attended a screening of all the short films that were created for @nytimes greatest performances issue (one of which I was actually in.) Oh, and I happened to get nominated for a Golden Globe. No biggie. I’m totally not freaking out.

Hi, sorry, did Elsie Fisher just become my new style icon? To put it simply, yes, yes she did. At 15, I was nowhere near even half as put together as this young lady, and I can’t wait to see her slay even more red carpets — and snag even more nominations! — in the years ahead.