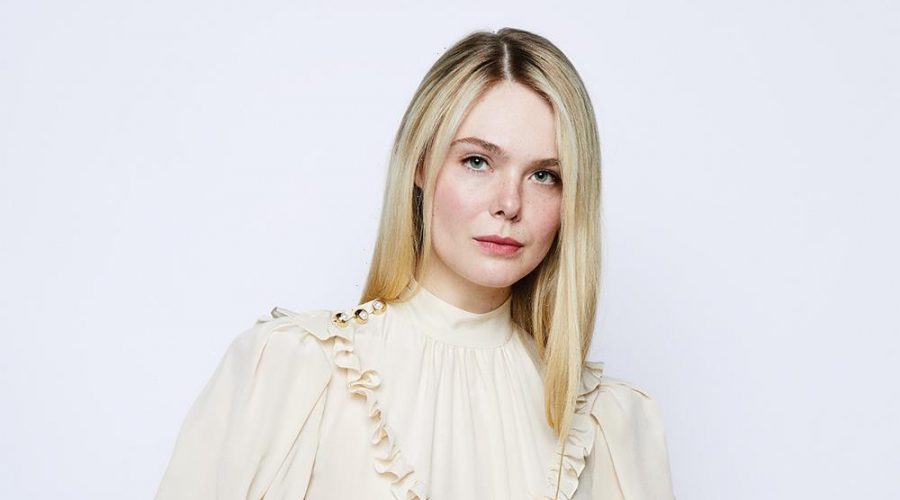 Through the years, there have been countless creators, producers, directors and actors who have gone without an Emmy Award. And then there are those lucky enough to earn multiple kudos for different projects — in the same year.

That could be the case for numerous stars leading up to the 2022 Emmys, with more than a dozen actors with multiple projects on the bubble. Elle Fanning is Hulu’s shining star this year, with both “The Great” and “The Girl From Plainville” in the conversation; not only does she lead the comedy and the dark drama, she also serves as an executive producer on both.

“I only had two weeks in between to go from ‘The Great’ to ‘The Girl From Plainville.’ So it was a complete 180 for sure,” says Fanning of wrapping the second season of the period comedy and heading into the true-crime story. “‘The Girl Form Plainville’ was a project that I knew was kind of looming. During filming ‘The Great,’ I knew that it was a project I had signed on to do. It was that daunting thing in the back of your head that you’re nervous about and actually don’t quite know what you’re going to do with the character yet. Honestly, during ‘The Great,’ I was really suppressing thinking about Michelle [Carter].”

During those two weeks, Fanning had to do the research to discover the real person past what the media knew about Carter, who was convicted of involuntary manslaughter in 2017 after encouraging her boyfriend to take his own life.

“There’s not a lot on her. There’s a lot of photographs and there are YouTube videos of her in court just sitting. She never testifies, she never speaks,” Fanning says. “It was really from the ground up.”

While she was hesitant to sign on as so many of those involved are still alive and affected, becoming a producer helped that skepticism.

“It, of course, adds more of a responsibility, but I felt that having a part of that control could contribute to telling the story in a thoughtful way,” she adds. “Luckily, everyone on the team, we all felt the same and how we wanted to bring sensitivity to this and show the story from an unbiased approach.”

Though “The Great” was nominated for two Emmys — one writing and one directing — in 2020, Fanning has yet to be recognized for her role of Catherine the Great; her co-star Nicholas Hoult has also been looked over in past years.

With “The Girl From Plainville,” Fanning is only the start of possible double nominees. Chloë Sevigny could earn two supporting noms — one for her role as the late Conrad Roy’s mother in the limited series and one for her supporting part as Lenora in Netflix’s “Russian Doll.” Meanwhile, “Plainville” co-showrunners Liz Hannah and Patrick Macmanus also have other shows in the mix. While Hannah served as an EP on Hulu’s “The Dropout,” Macmanus created “Dr. Death.”

Macmanus was beginning the writers’ room on the Peacock true crime series in 2019 when he received the article “Plainville” was based on. Fanning was attached and Hannah joined, and he went to begin prep for “Dr. Death,” which quickly paused due to the COVID-19 pandemic.

“Liz and I wrote the pilot for ‘Plainville’ in April 2020 and sold it to Hulu around May. The room opened in August as prep on ‘Death’ started. That was running concurrently. ‘Death’ wrapped in March 2021. I finished post on ‘Death,’ and the next day, I flew to Savannah to start prep on ‘Girl From Plainville,’” says Macmanus, who humbly notes that all the credit goes to Hannah and the team — the “majority” of the “Dr. Death” writers came over to “Plainville.”

With so much high quality content this year, it’s no surprise that other stars could also dip their toes in multiple categories.

Toni Collette is in the running too for two leading noms; one for her part in HBO Max’s chilling true-crime series “The Staircase” and the other in Netflix’s thriller “Pieces of Her.” Juno Temple, who was nominated for “Ted Lasso” in 2021, will likely land in the category again and could also be recognized for her supporting part in Paramount+’s “The Offer.”

Julia Garner is already a two-time winner for her powerful portrayal of Ruth Langmore in Netflix’s “Ozark,” so it’s a safe bet that she’ll be back in the supporting race. With the love she’s received from the Academy — and the talent she has for accents — Garner could receive a leading nom for her part in Shonda Rhimes’ “Inventing Anna,” also from the streaming giant.

Sandra Oh is another Netflix star who will likely slip back into the race for “Killing Eve.” With 12 nominations over the years — first for “Grey’s Anatomy” and later for “Eve,” Oh may enter the comedy actress race for the first time with “The Chair.”

Melanie Lynskey could also show up twice on the ballot, with leading roles in both Showtime’s “Yellowjackets” and Hulu’s “Candy,” making a splash on two highly promoted shows.

“I feel so lucky. What a great few months I had,” she says of the very different roles. “I got the offer for ‘Candy’ with a few months to go on ‘Yellowjackets.’ I think I had about three weeks between the two.”

For Lynskey, “Candy” was easier. Playing Betty Gore, a Texas housewife and former school teacher who was murdered by the woman her husband was having an affair with, was a character she could relate to. “Yellowjacket’s” Shauna had confidence that Lynskey hopes to one day possess.

“I’m a person who has tended toward depression at times and I am very, very shy. I’m not sure of myself at all. I’m filled with self doubt a lot of the time,” she says. “Betty was very easy for me, and I felt a lot of empathy for her.”

This year, producers and directors could dip into the trophy trough twice as well, including Adam McKay for “Winning Time: The Rise of the Lakers Dynasty,” “Succession” and “The Invisible Pilot”; and Ron Howard for “Under the Banner of Heaven,” “Lucy and Desi” and “We Feed People.” Of course, many actors fall into that category as well, since they step behind the camera, either on their shows or in others. Jason Bateman, who is sure to receive an acting nom for his role in the final season of Netflix’s “Ozark,” is also an executive producer on the drama and directed nine of its 44 episodes — including the series finale. Additionally, he serves as an executive producer on FX’s “Under the Banner of Heaven.”