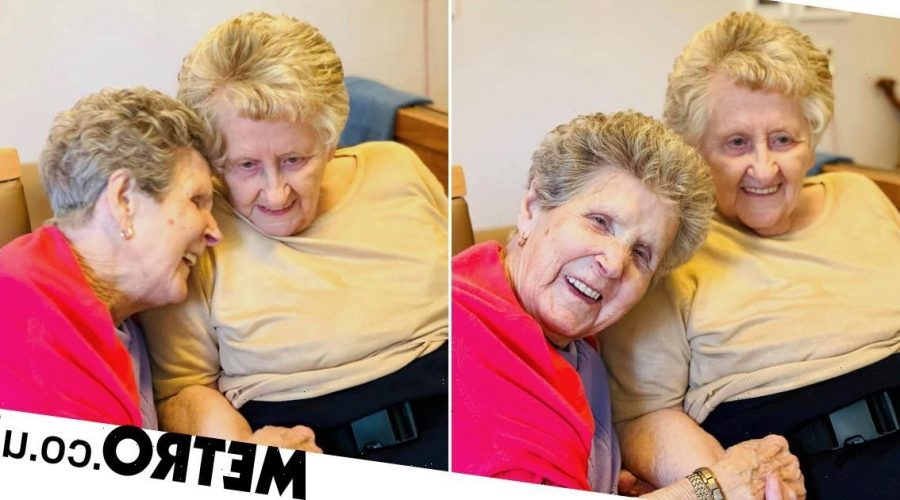 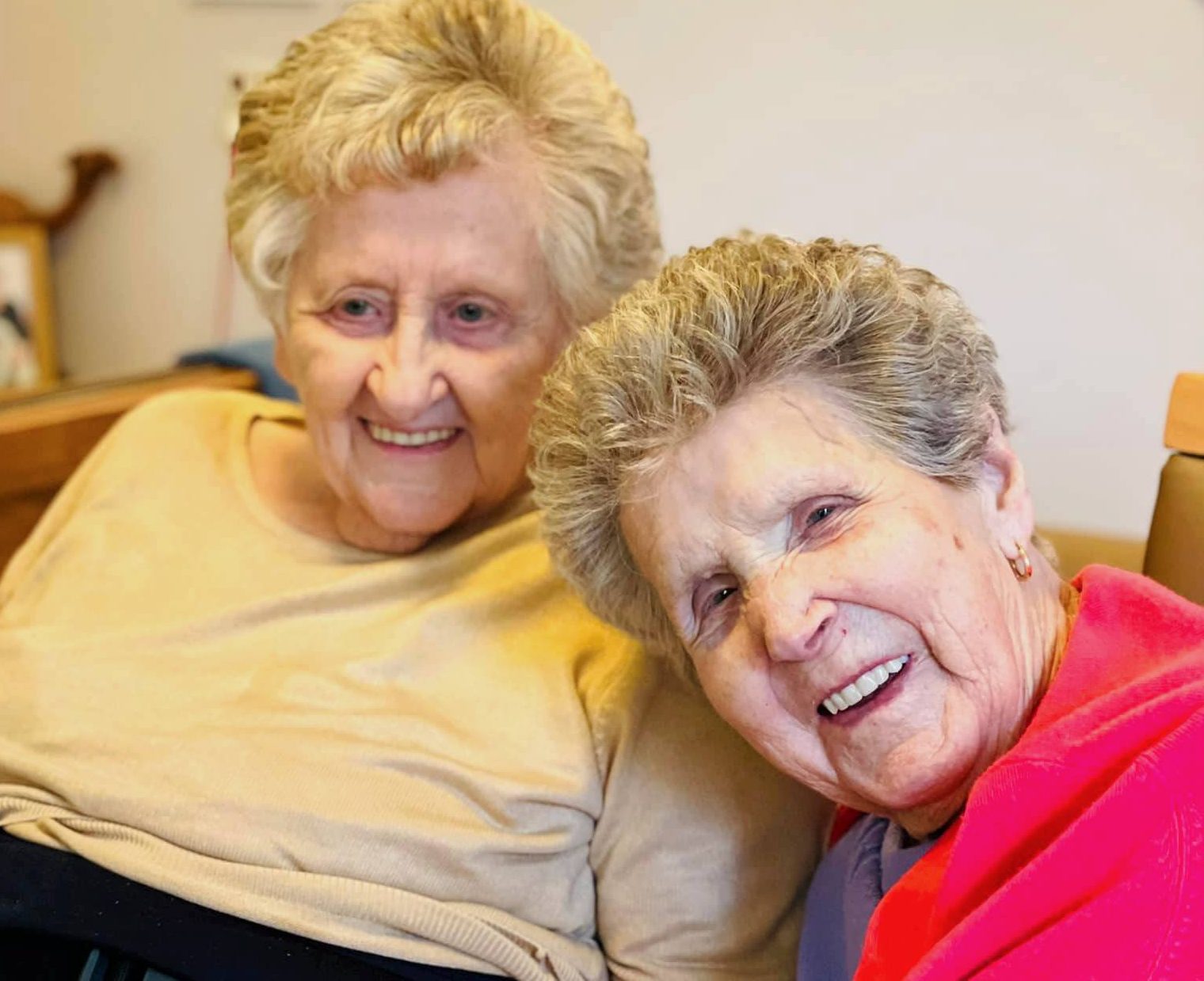 Two elderly sisters were reunited when they moved into the same care home after spending almost a decade apart, in a perfect twist of fate.

Jenny Baker, 85, and Belle Foster, 98, were overjoyed to find each other again in Bedewell Grange care home in Hebburn, South Tyneside after eight years of no contact.

The sisters last saw each other in 2014 for Belle’s 90th birthday, but lost touch when they moved to different areas and were unable to use public transport to see one another.

However, last November Jenny moved into the same home as Belle as the pair had an emotional reunion that brought staff and residents to tears.

Both sisters were born in in the same home in Felling, Gateshead, and they were always close despite the age their 13 year age gap.

They also have two brothers, Joseph and Edward, who both emigrated to Australia.

Jenny always looked up to Belle, who was older and looked after her, and was even a bridesmaid at her wedding.

She also had a close relationship with Belle’s first son, Colin, who was born when she was only ten years old.

Now the sisters live on the same floor in the home and they spend lots of time catching up over coffee and cake.

Jenny, a retired civil servant, said: ‘It is so wonderful to find my big sister again after all these years and to be able to spend so much time together, we are so happy.

‘Sisters are the best kind of friends – there’s no friend like a sister.’

Rebecca Travis, General Manager at Bedewell Grange, commented: ‘We are so delighted for Jenny and Belle, it was such a special moment when they were reunited again.

‘Now they are inseparable, chatting away – making up for lost time!

‘We are just so happy we were able to bring them back together.’