Save articles for later

Add articles to your saved list and come back to them any time.

Eddie McGuire has announced he is leaving breakfast radio at the end of the month. 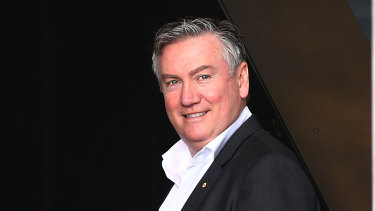 Triple M is tight-lipped about the future of its Melbourne breakfast show however bosses have confirmed that Darcy will continue to work for the station's AFL call team. McGuire is also expected to land a new role with the station in 2021.

McGuire said in a statement it was time to "reflect and recharge".

"Those closest to me have always known that I continued with breakfast radio while my boys were at school," he said. "Now my youngest has finished it's time too for me to finish up a wonderful 11-year run with a 4am alarm."

11/15/2020 lifestyle Comments Off on Eddie McGuire to leave breakfast radio
Recent Posts
We and our partners use cookies on this site to improve our service, perform analytics, personalize advertising, measure advertising performance, and remember website preferences.Ok