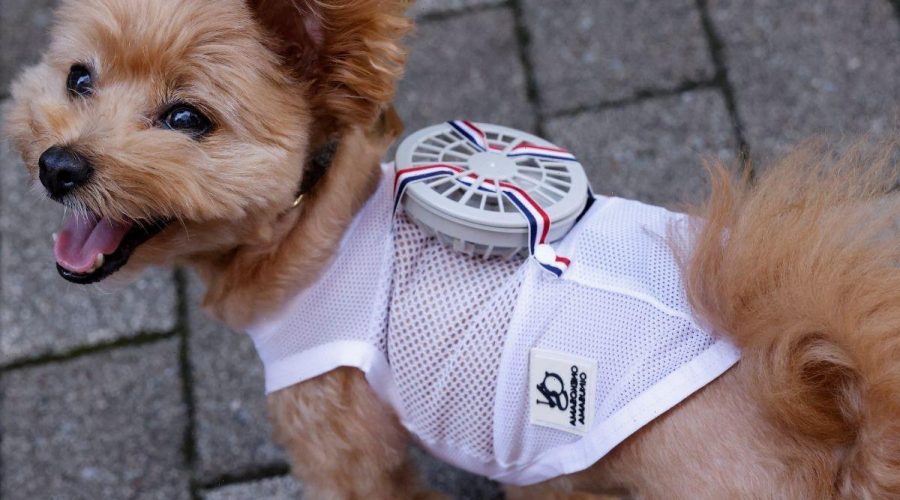 A clothes maker in Tokyo, Japan has created the portable fans to help pets, also including cats, cope with the exceptionally hot weather this summer.

The designers teamed up with vets to create the devices.

These consist of a small, light, battery-operated fan which is attached to a mesh outfit and blows air around an animal’s body.

Rei Uzawa, president of the maternity clothing maker Sweet Mommy, came up with the idea.

The concept was born after she noticed her pet chihuahua struggling every time she took it out for a walk in the heat. 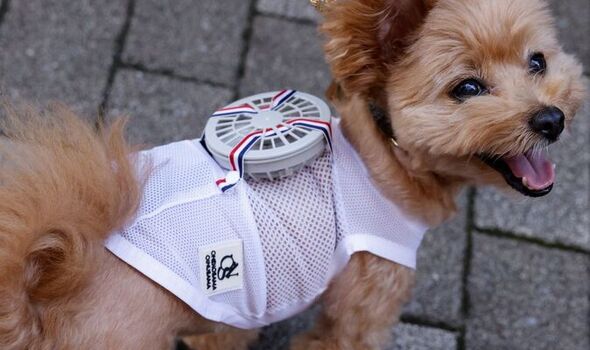 She said: “There was almost no rainy season this year, so the hot days came early, and in that sense, I think we developed a product that is right for the market”.

Japan’s high humidity levels are keeping temperatures over 25C through the night, according to public broadcaster NHK.

After the rainy season in Tokyo ended in late June, the Japanese capital suffered the longest heatwave on record, with temperatures up to 35C (95F) for nine days.

While experts have warned owners to skip walks during the recent record-breaking heatwave in the country, the miniature fans could help to take the pets out when the weather cools slightly over an evening. 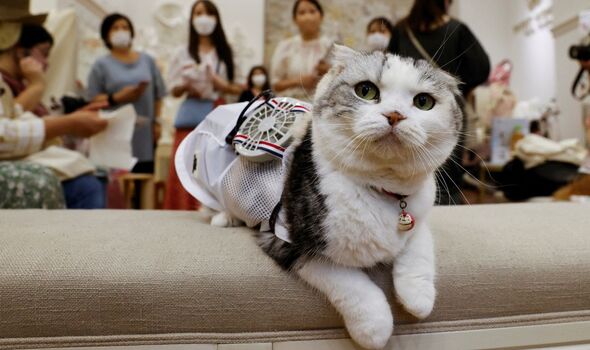 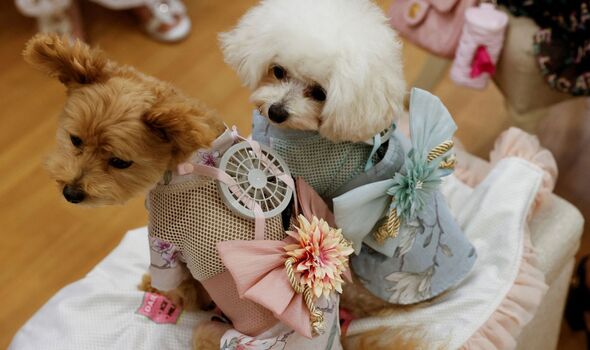 Dog owner Mami Kumamoto, 48, said: “I usually use dry ice packs (to keep the dog cool). But I think it’s easier to walk my dog if we have this fan.”

Ms Uzawa said: “There was almost no rainy season this year, so the hot days came early.”

The Cool Dog range, which is also suitable for cats, appears to be modelled on fan-fitted jackets that have also become popular with workers who spend long periods outside.

Demand is not expected to drop off any time soon as forecasters warn another spell of hot weather is on the way for the UK. 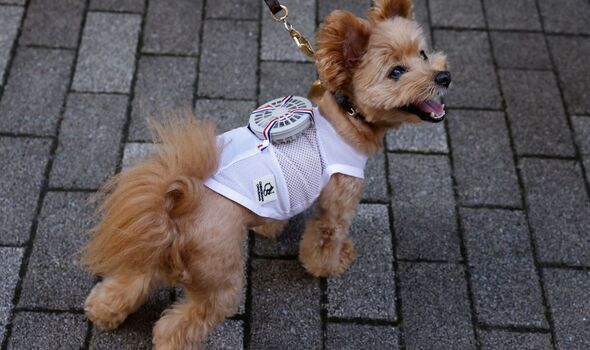 Temperatures will rise towards the end of the week with highs in the mid-30Cs once again possible across southern Britain.

Scotland and the north will be cooler in the 20Cs and here will see more chance of rain.

Rising temperatures and high humidity are expected to bring a stifling feel to the start of this month.

Weather officials have warned against venturing outside unless absolutely necessary and exercising during the day.