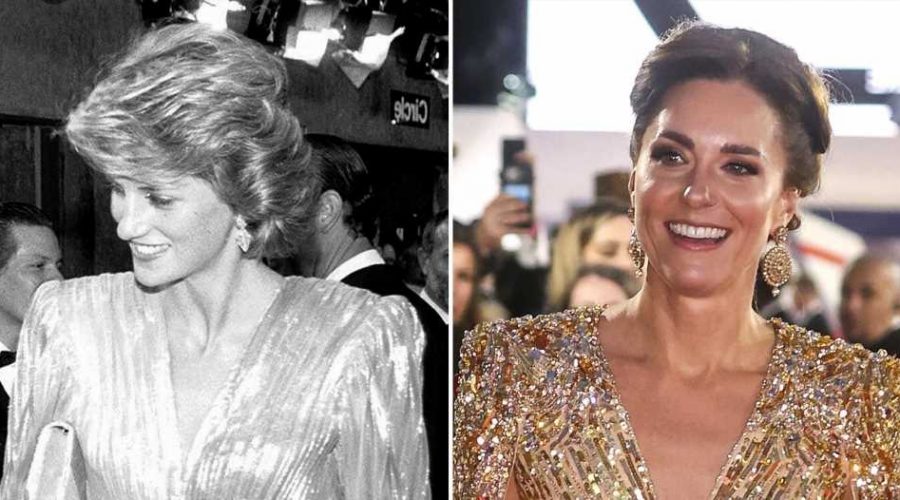 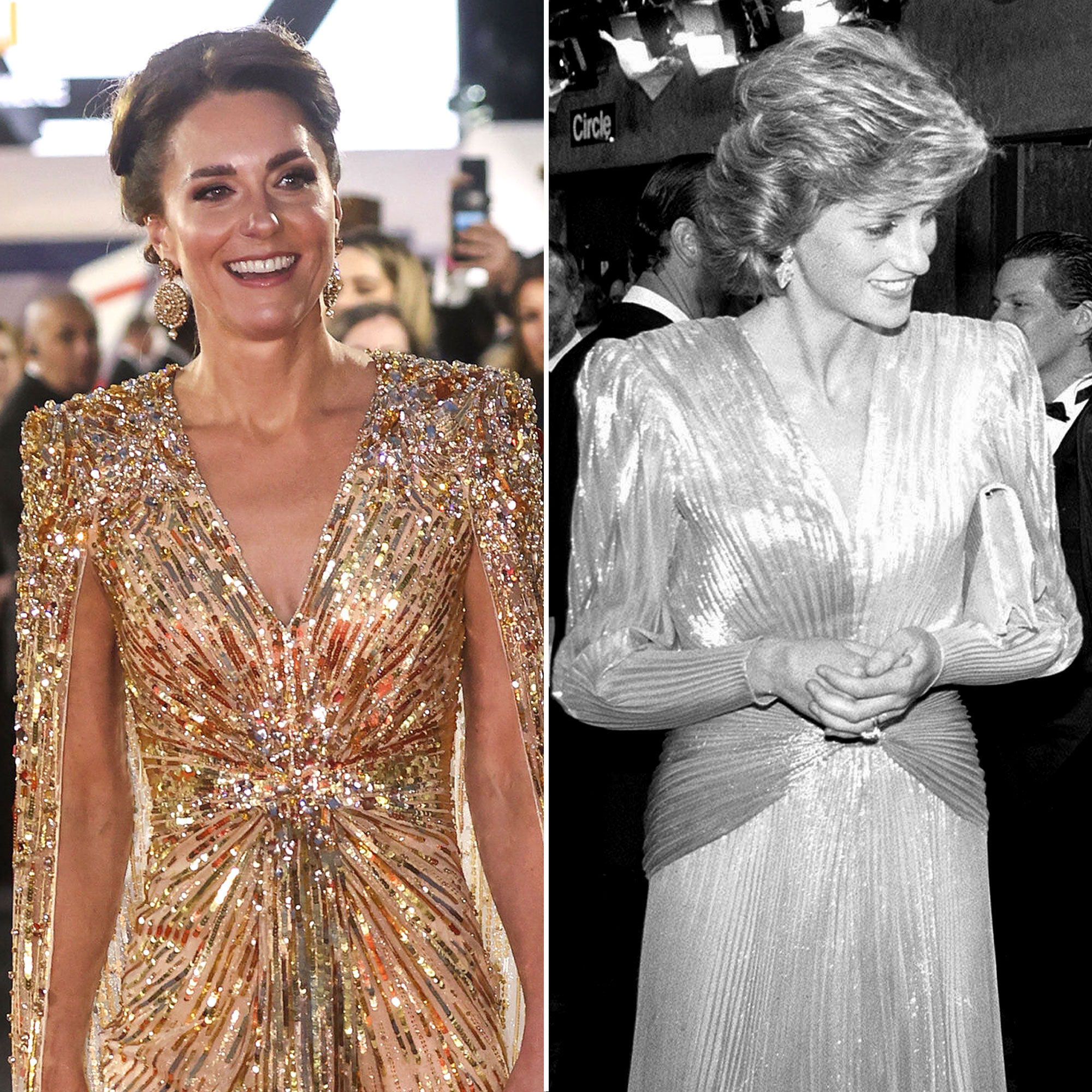 An emotional case of déjà vu. On Wednesday, September 29, Kate Middleton and Prince William attended the world premiere of No Time to Die in London, turning heads in stunning designer wares. The duchess, in particular, seemingly paid tribute to her late mother-in-law by wearing a gown resembling one Princess Diana wore in 1985. And now, Us Weekly has new details that confirm her similar-looking ensemble was, in fact, intentional.

See Kate Middleton’s Most Stunning Fashion Moments of All Time

For the event, the mom of three wore her hair up in an intricate updo that paired so elegantly with her double take-worthy glittery gold gown. “Kate had her own Bond girl moment at the No Time to Die premiere,” a source close to the duchess star tells Us Weekly. “She oozed confidence and old school Hollywood glamor.” 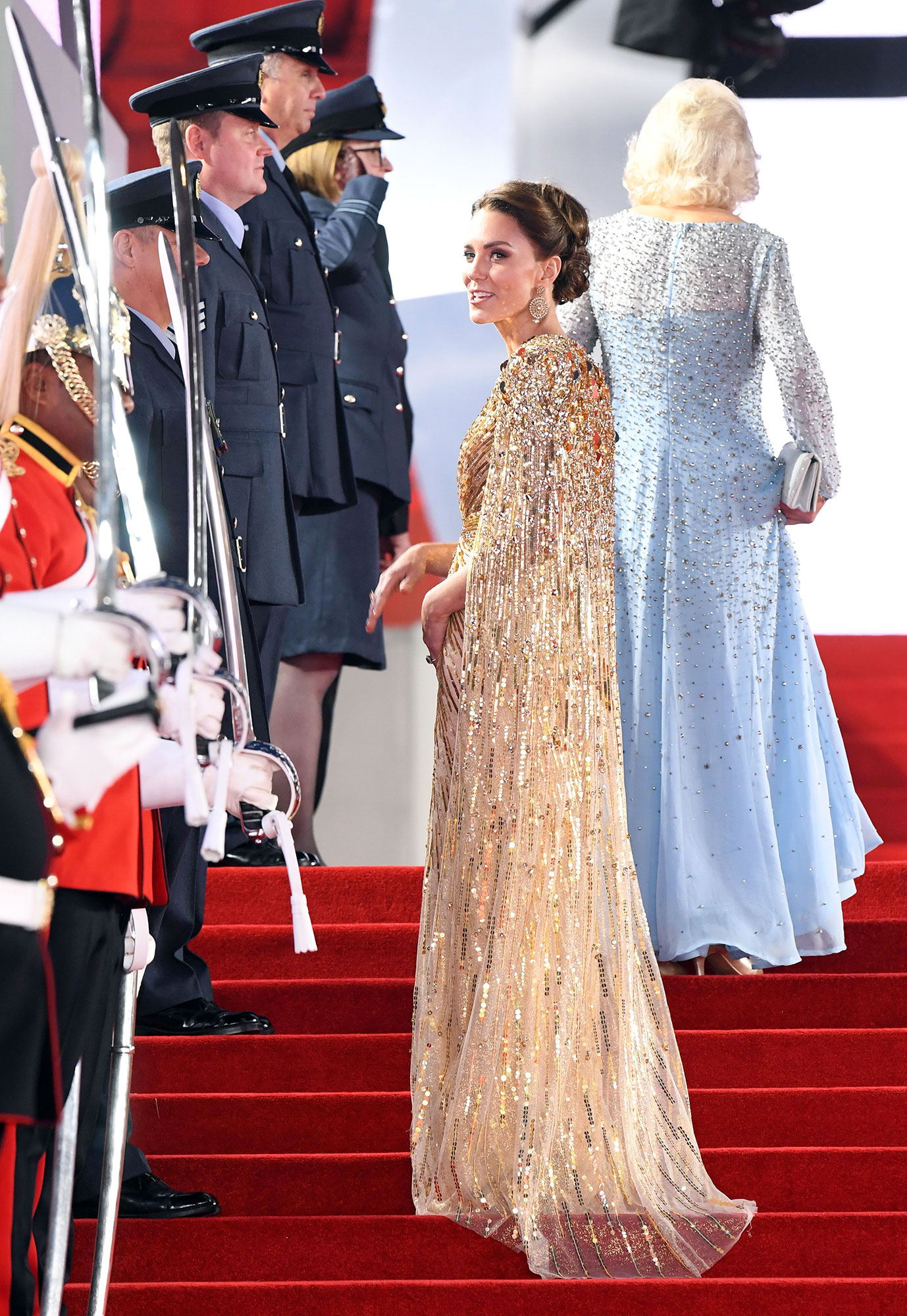 The insider continues, “William was in awe of Kate as she led the way down the red carpet, interacting with fans and Charles and Camilla – giving a sense of unity and showing the world that the royal family is still thriving.

She dazzled in the Jenny Packham gown and made front page news and headlines all over the world because every one was talking about how amazing she looked.”

But there was more to Middleton’s look than a desire to look glamorous; she wanted to honor the Princess of Wales in the most touching way possible. “Kate admired Diana’s taste in fashion before William came into her life,” the source continued. “During her school days she’d tell friends that Diana was her style icon.

It would be wrong to say that Kate is trying top Diana as the royal family’s best dressed. A more accurate description is that she is taking inspiration from the late Princess and wanted to pay homage to on the night of the No Time to Die premiere by channeling the dress Diana wore at the View To A Kill premiere.” 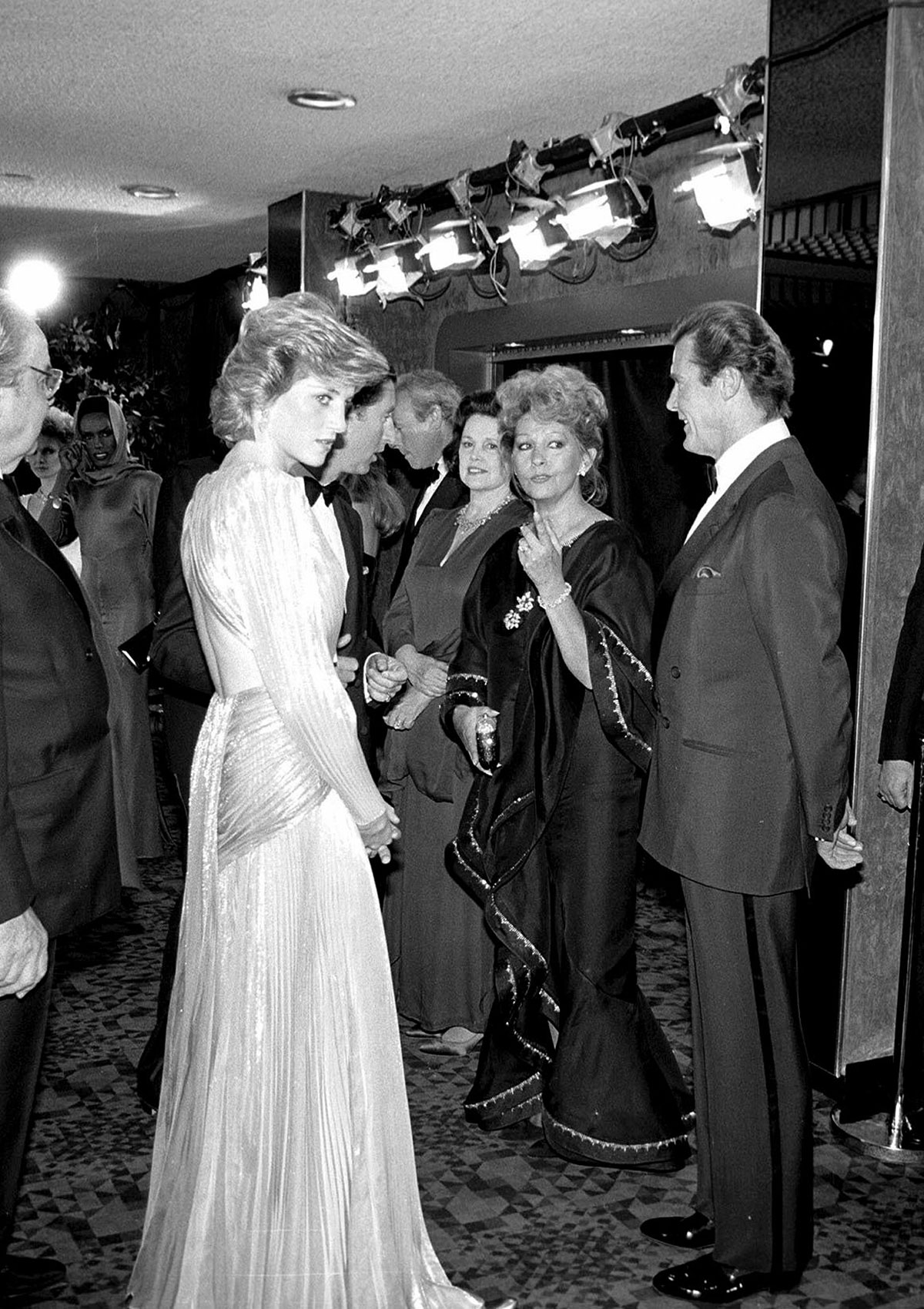 The resemblance between the two gowns really is uncanny. Diana’s metallic silhouette was designed by Bruce Oldfield and, like, Middleton’s, hers featured a deep “V” neckline, statement shoulders, and a cinched waist.

This isn’t the first time Middleton’s paid tribute to Princess Diana — and it feels safe to say that it won’t be her last.