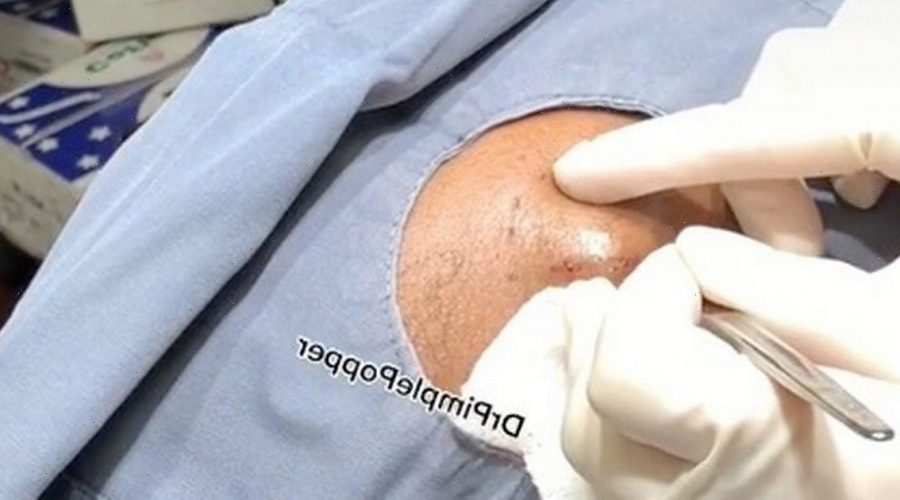 Dr Pimple Popper left her fans feeling a bit sick as she squeezed the pus out of a giant cyst people said was like a "banana pudding".

In a clip that she uploaded on her @drpimplepopperTikTok channel, Dr Sandra Lee is inspecting an inflamed bump on a patient's cheek that looks to be at least one inch wide.

"This cyst recently got much bigger," she explained in the on-screen caption as her scalpel sinks into the flesh.

It then bursts and a stream of pus comes oozing out and the doctor mops it up with tissues.

She comments: "So I wasn't surprised to see liquified contents."

With most of the pus gone, Dr Lee starts squeezing very tenderly as some more liquid, mixed with blood, still needs to be expelled.

Triumphant, she then shows a picture of her patient's healed cheek with stitches where his huge cyst used to be.

Since Dr Lee uploaded the clip on Tuesday (August 17) it has been watched more than 2 million times and thousands of people have left comments.

One squirming fan said: "Anyone else hold their phones further away when it looked like an explosion might happen?"

A second viewer shared: "I had a big one popped once the pain from the inflammation was annoying so the hospital cut it and I was relieved instantly."

"You can tell it's banana flavoured," remarked one viewer, putting a lot of people off their dinner.

This comes after Dr Pimple Popper left her fans stunned when she cut out a giant cyst that looked like a "whole garlic bulb".

Amazingly, it didn't burst and the medic was heaped with praise for the artful extraction.