It’s always been my favourite holiday, but when I moved to Melbourne it became my hidden love. Halloween. “American rubbish,” I heard a lot. “What’s it celebrate, anyway?” There seemed to be a general resentment for the day, maybe an after-effect of the consensus that Australia was in danger of becoming too “Americanised”.

That was 10 years ago when I, new to Australia, drove to distant lands and far-out suburbs to find a proper pumpkin. For carving, of course. The big, round, orange kind. The ones you find in Coles and Woolworths without much hunting at all now. If they’re not sold out, you’ll find them piled up at the entrance. Begging you to take them home and give them a face. 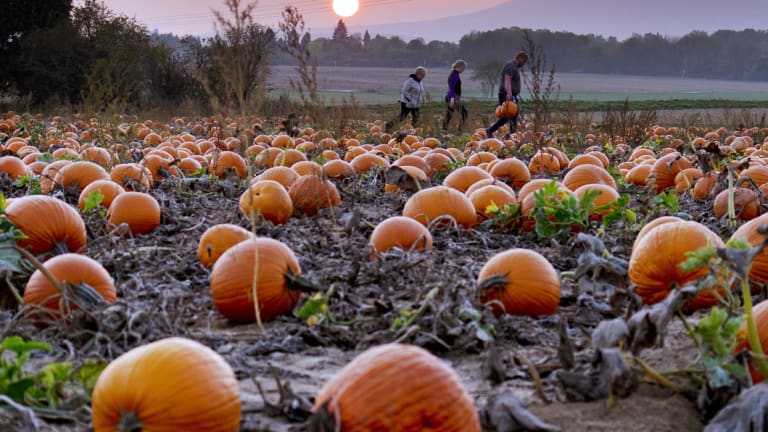 What Halloween is supposed to be about … pumpkins.Credit:AP

A better face than last year’s. That’s what I always try to do. I grew up in California in an agricultural town. Halloween was huge. In my family, every year, starting in childhood, we each carved a pumpkin of our own. And always tried to out-do last year’s. It’s holiday tradition. And part of the ceremony of the season was the trip to “The Pumpkin Patch” where we walked the rows of dirt, acre upon acre, year after year, in hunt of the perfect pumpkin.

The one that needed a home. And a face. An identity, really. An expression. Isn’t that what we find in our customs and traditions: expression of self – who we are, who we were? After all, doesn’t our behaviour define us? You are what you eat and the company you keep … and the pumpkin you carve at Halloween.

And the tea service you use at Ramadan. And Grandma’s tree-topper you unpack every Christmas. And the holiday pavlova bowl that’s been passed down on your mother’s side. And the menorah that has a history too long to tell on a page. And all the things that we do, that are learned, that are inherited, that become the ritualistic cycle of our customs – they regularly rotate through our lives, continually reminding us of our heritage and past, of family and cultural values. And added all up, graphed out on paper like a dot-to-dot, don’t they make up who we are? The constellation of self.

I know we’re supposed to assimilate, we immigrants, to our new land and new way of life. Adopt the customs and expressions of our new country. And most of us want to. We want to participate and feel included. 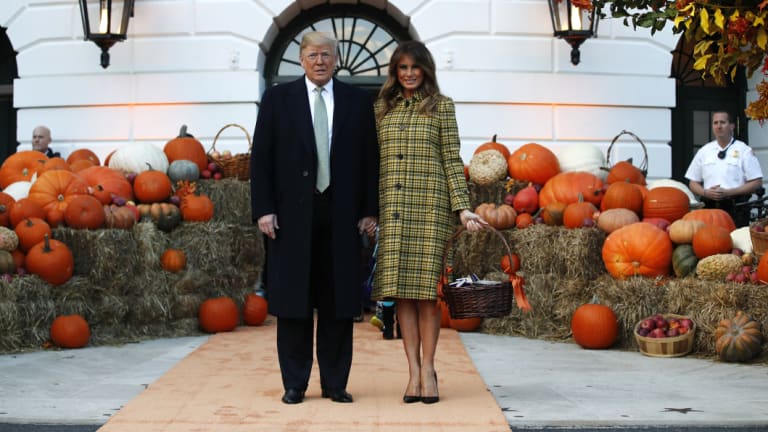 But we want to be accepted for who we are as well, who we were before we were immigrants. It might seem trivial to a native, but to an immigrant, being mocked for upholding our cultural customs isn’t just a form of bullying, it’s an attempt at ethnocentric homogenisation.

And, yes, Halloween has caught on a bit more in Australia over the years. But there’s still the quiet hum of “anti-othering” vibrating beneath the surface here. Anti-Muslim, anti-Asian, anti-American, anti-immigrant, anti-refugee; the list goes on. The majority likes to claim that the “anti-others”, they’re just the outliers. They don’t speak for the rest of us. But a study published in The Guardian earlier this year showed that 64 per cent of those surveyed think that the immigration level in Australia over the past decade has been too high. And 47 per cent believe there should be fewer short-term working visas, and 46 per cent were in favor of fewer permanent refugees. For an immigrant, these numbers aren’t exactly welcoming.

But look, I know that having my pumpkin sneered at as I wheel it out to the grocery store carpark is nowhere near persecution. It’s not like I’m being accused of being part of an ethnic gang. Or being abused on the tram for wearing a headscarf. It’s not like people are shouting at me to go back to my own country, “We’re full up here.”

As for the argument that Halloween revellers are trying to Americanise Australia, I just want to say: I live here because it’s not America. Because I disagree with America’s current value system. Because I think Australia has a stronger moral code. Because I have faith that the people here aren’t nationalistic isolationists who demonize immigrants.

Am I naive? The likes of One Nation make me wonder. But I truly believe Australians are good people, people who understand that immigrants practising foreign customs and rituals, celebrating non-native holidays, aren’t a threat to Australia’s national identity. I believe Australians recognise that an immigrant upholding foreign traditions isn’t a betrayal of Australia’s hospitality, either, nor a resistance to assimilation, but rather are where we each find comfort in the familiar and connect to the self we inherit.

This is what I need to believe, anyway, while I scoop out pumpkin guts with my six-year-old. What face will we carve this year: happy or sad, surprised or scary? “Scary!” she says. “The way a jack-o-lantern should be!” I smile. And hope. I hope that this six-year-old of mine, born Australian to American parents, won’t grow up feeling as though she must keep her American traditions to herself. I hope she will always feel free to express her bicultural background, free to be an amalgamation, free to carve an identity of her own in a country that embraces the self she creates.

Aubrey Perry is an Age columnist.