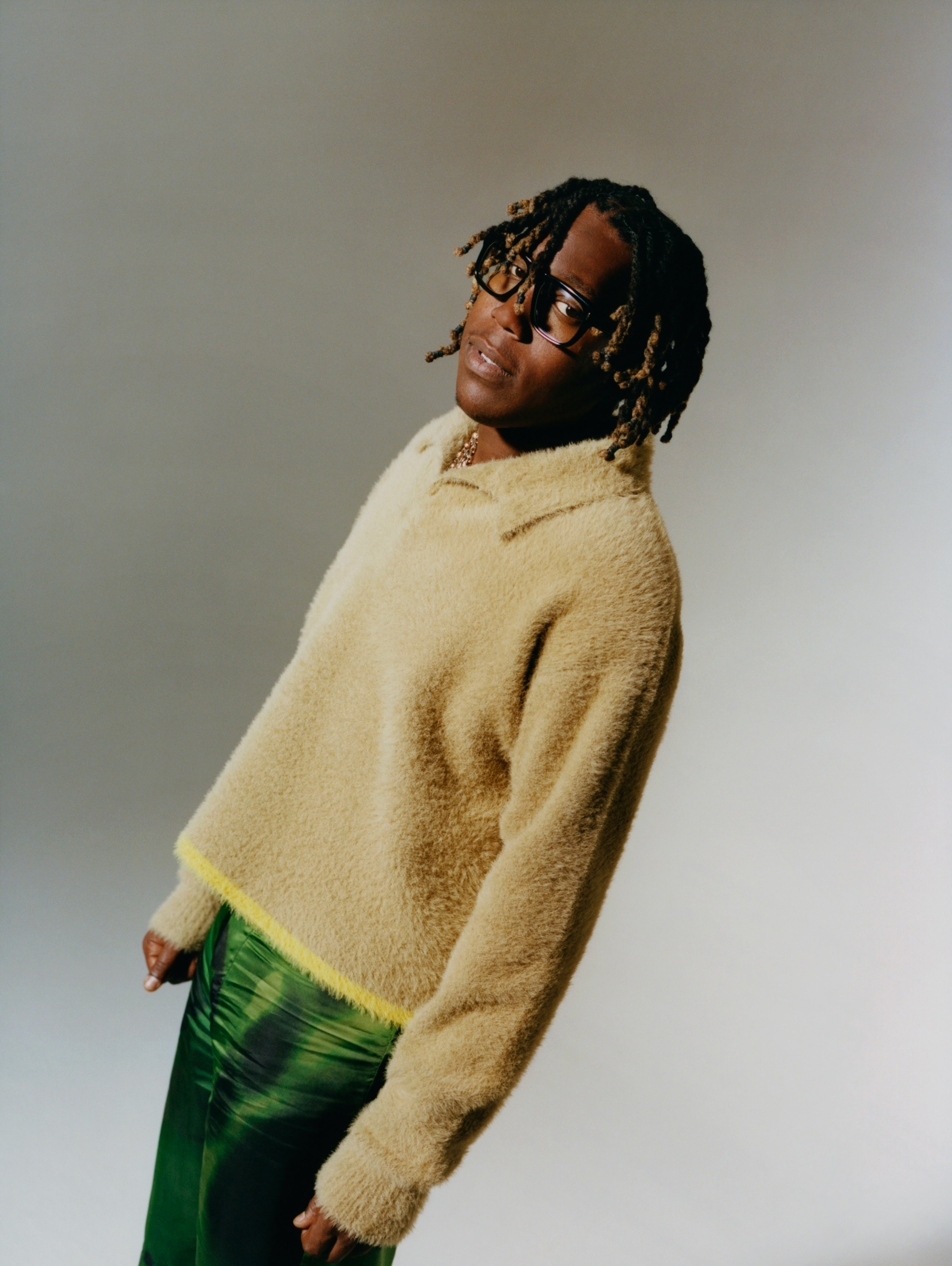 In the slow-motion opening scenes of Don Toliver’s music video for his first single of 2021, What You Need, the musician Kali Uchis appears in a candlelit cathedral, kneeling before a crucifix. Bird’s-eye views of Medellín, Colombia flash on the screen, before Toliver appears, walking through a stable of horses. This video, released in May, reintroduced Toliver, a singer and songwriter known as Travis Scott’s protégé, to his millions of listeners and followers—many of whom have been fans for years. Even before putting out his debut studio album, Heaven or Hell, in March last year, Toliver has been a rising star in rap—he was featured on Scott’s 2018 album Astroworld, signed to his label Cactus Jack, and had features on tracks with Quavo and Offset of Migos, and Wiz Khalifa. (You might have heard his WondaGurl-produced 2019 track “No Idea” on TikTok, where it became a viral dance challenge.) For the past year, Toliver has been relatively quiet on the solo music release front, instead putting out feature tracks with Rico Nasty and Gucci Mane on Rico’s latest album Nightmare Vacation, and appearing the Big Sean and Nas song “Replace Me.”

So when Toliver dropped What You Need, then followed up that release with a sultry part two music video to accompany the song Drugs N Hella Melodies (in which he and a lingerie-clad Kali Uchis take a pink bubble bath), rumors began flying of not only a new upcoming album, but a potential relationship between the two.

On the phone from Los Angeles, Toliver can confirm both things: he’s got an album coming soon, titled Life of a Don, and Kali Uchis is, in fact, his girlfriend. “We’re not crazy public or nothing like that,” he says slowly. “We just vibe.” To shoot the What You Need and Drugs N Hella Melodies videos earlier in 2021, the pair traveled to Colombia, where Kali Uchis’s family lives. “I already had it in my mind to go out there and shoot a video with her incorporated into it, to make it a real-deal situation,” Toliver says. While in Medellín, he met some members of her family and spent time with them. But when asked for more details on when the two met, Toliver politely declines to divulge further information.

Fair enough. This is the story of Toliver, née Caleb Zackery Toliver: a musician who grew up moving all over his hometown of Houston, Texas; the son of Carla and a musician named Bongo who, himself, appeared on a number of Swishahouse records; an artist whose first song ever was called “Bitch I’m in the Building,” and which led to a host of open mic nights and appearances at local haunts, strip clubs, and art shows around Texas. Now 27 years old, Toliver was raised on what he calls a “deep bag” of music that his parents primarily played in the car. “My mom listened to everything from N.E.R.D. and Sade to Steel Pulse, and all the way up to Marvin Gaye and Lenny Kravitz,” he remembers. “I listened to TLC and Tony! Toni! Toné! My father was the same way. It put a crazy imprint on the way I listened to and examined music.”

Toliver’s influences are reflected in the music he makes today: it’s one part rap and hip-hop with instrumental, even classical elements laid over trap beats, and infectious pop melodies. Putting together Life of a Don, Toliver says, was an exciting process from top to bottom—one quite different from that of Heaven or Hell. For his first album, Toliver mostly recorded in Los Angeles and Houston at his favorite studios, even making some songs for Heaven or Hell at home. But for Life of a Don, the musician rented out a house in Miami’s Venetian Islands to work on the album, à la Kanye West’s music camp in Hawaii while creating My Beautiful, Dark, Twisted Fantasy. Toliver says he flew out some of his favorite producers and engineers to record with him in Florida. He’d wake up, make songs, and on some afternoons, work out by running around the block. Since his spot was on the water, Toliver and his friends would spend every other day on a boat or riding jet skis.

This lifestyle of leisure and creativity, he says, comprises most of the subject matter on Life of a Don, which Toliver adds he’s been working on since finishing Heaven or Hell. Although an official release date hasn’t been set yet, the artist is looking to drop his work in August.

“I’ve had some crazy records, stuff in the chamber, a lot of good music I’d been holding on to that will be on this album,” he says. “Life of a Don gives you insight into what I have going on right now. And that sound is really just how I feel. It’s the soundtrack of my life, and it’s coming from a new feeling.”