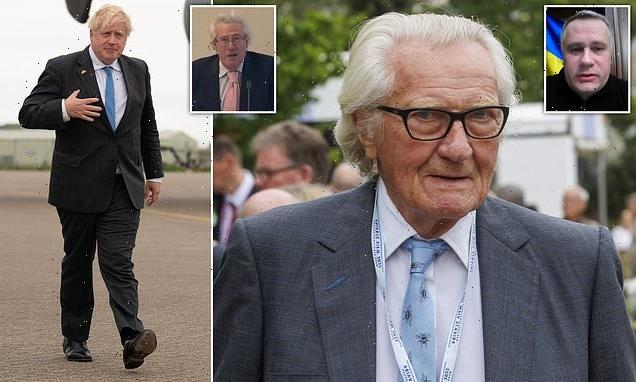 Were there a prize for the most preposterous use of Brexit to blame for problems that have nothing to do with our departure from the EU, the gold medal should go to Brighton and Hove City Council.

Last week, it told residents that the infestation of weeds on their streets was down to a shortfall of European nationals willing to come and pull the things out.

In fact, the reason those streets are now in such a state is that in 2019 the Green-run council banned the use of glyphosate, a key ingredient in most weedkillers. As one resident observed: ‘Pavements and grass verges have been choked with weeds every year since they banned weedkiller. Leaving the EU hasn’t made the weeds more likely to grow.’

Last week, he proclaimed: ‘The gardener’s instinct in me has detected a new spring for those who know Brexit to be a disaster.’ And in a column for the Financial Times, the President of the European Movement UK — who will be 90 next year — painted the effect of Brexit on the economy as though it were a blight that had destroyed all his trees. 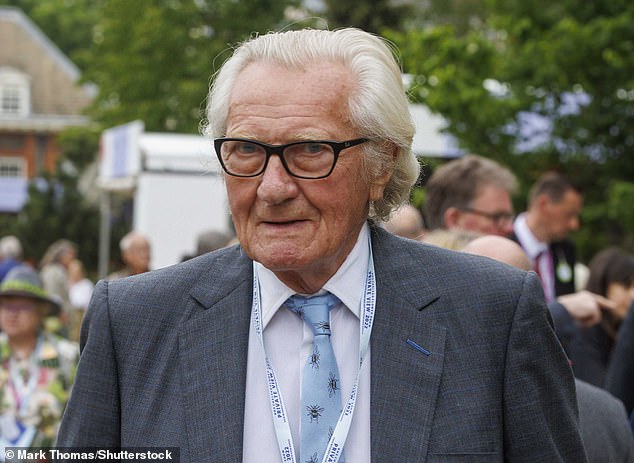 Heseltine described it as ‘the loss of our closest market’. So, according to him, we don’t sell any more in the EU. This is exactly what his fellow Conservative anti-Brexiteer, the then trade minister Anna Soubry, claimed during the referendum campaign: that if the UK ceased to be an EU member, our exports to countries within the zone would fall to ‘almost absolutely zero’.

Fact check: in the most recent figures (for April), our exports to the EU were above the level of the same month in 2019 — before we finally left. They are probably lower than they otherwise would have been, but this single statistic alone demonstrates how hysterical is Heseltine’s claim, as was Soubry’s.

Then, the old doom-monger goes on to blame Brexit for the fact that ‘queues are back . . . queues at A&E departments, queues at airports, queues at ports’.

As regards the NHS, any departure of employees from European countries has been more than made up for by new staff from outside the EU.

But if we are talking about the huge queues at airports and the cancellation of flights, which have been a curse to so many British holiday-makers, it is delusional to see this as peculiar to the UK, or ‘because of Brexit’.

In the first weekend of June, 3 per cent of flights were cancelled in the UK, the same percentage as in the U.S. 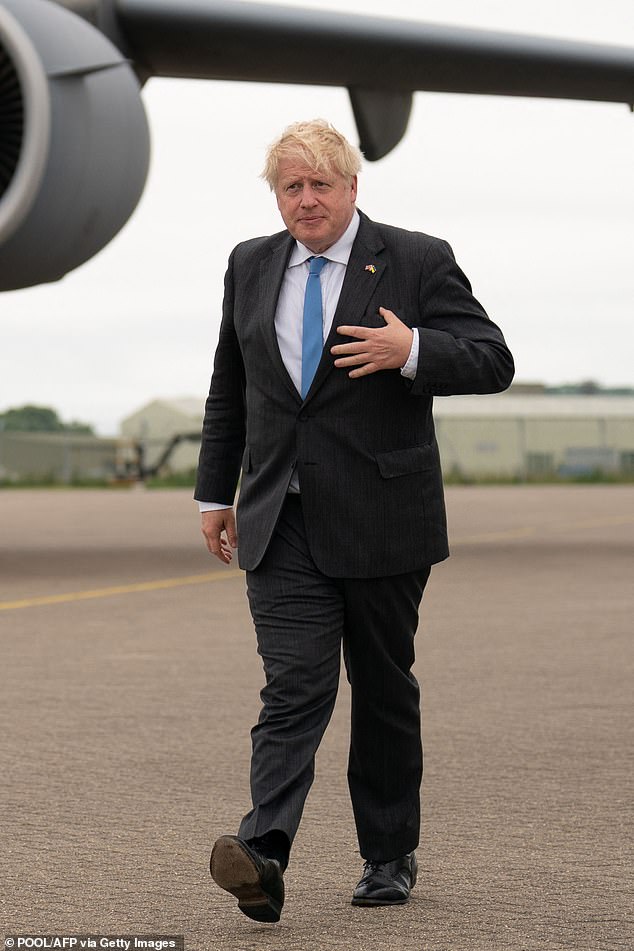 In Germany, 4 per cent of flights were cancelled, and in the Netherlands (still part of the EU) no less than 11 per cent. Indeed, at Amsterdam’s formerly most efficient Schiphol airport, passenger queues stretched into the streets. Elsewhere last week, my friend, the journalist Iain Martin, reported from Stockholm: ‘Police closed the motorway to prevent passengers getting there for fear they would add to the overcrowding. It was bedlam.’

In fact, the chaos is largely the consequence of airline companies and airports cutting their staff payroll by huge numbers at the height of the Covid travel shutdown, and now finding it impossible to find sufficient new employees as the public return en masse.

As Stephen Cotton of the International Transport Workers’ Federation observed: ‘The result is what we see today — a loss of more than two million workers across airlines, airports, aviation services and global supply chains.’

This is a sort of repeat of the argument over the shortage of lorry drivers last year. It was ‘all because of Brexit’ apparently. Yet the biggest shortfall of lorry drivers was in Poland. And in the U.S., there were newspaper headlines such as ‘Where have all the truck-drivers gone?’

Globally, men — and the drivers are overwhelmingly men — had taken the Covid crisis as the cue to reassess their lives, and to decide either to retire or to engage in less lonely and arduous work. It wasn’t Brexit that caused them to reconsider their options.

There is a labour shortage across Europe, not just in the UK. As Julian Jessop, a distinguished former Treasury economist, put it to me: ‘The UK has actually seen a smaller decline in the working-age population than most other major economies, including Germany, France and Italy. Even where businesses do cite a shortage of EU workers, this is not necessarily due to Brexit. Other countries, notably Germany, have also seen many migrant workers leave during Covid and not come back.’

Somehow, in his FT column, Heseltine also ropes in the issue of the Government’s policy over those seeking to come here in dinghies across the Channel.

He does not express amazement that they should wish to risk their lives to leave the EU nation of France for allegedly blighted Blighty, though that would at least be consistent of him. 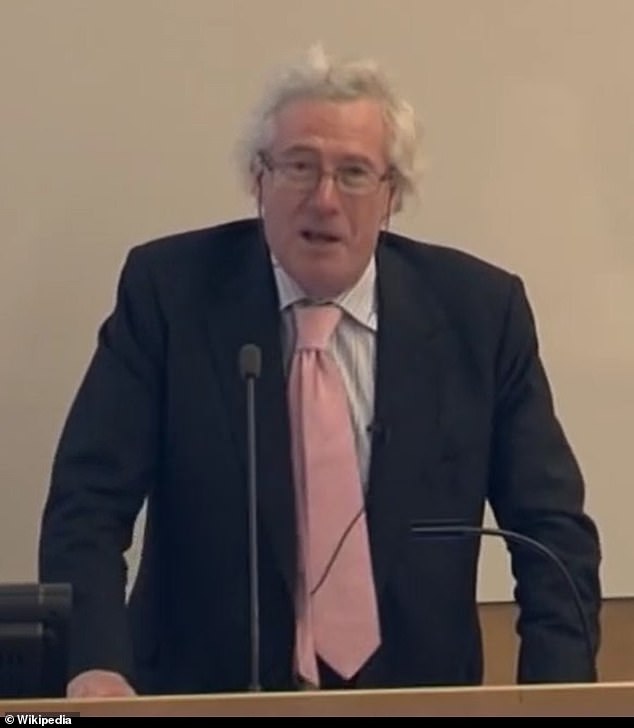 This is Lord (Jonathan) Sumption, a former Supreme Court judge who praised that court’s checking of Boris Johnson over his Brexit-related manoeuvres, but who in a 2013 lecture condemned the ECHR for extending its remit ‘to cover immigration and deportation, extradition, and aspects of criminal sentencing’

Instead he thunders: ‘The plan to send asylum-seekers to Rwanda is unravelling, bringing with it the usual Brexiter reaction that this country should abandon the post-war European Convention on Human Rights, based on democracy, individual freedom and the rule of law.’

Leave aside the extraordinary idea that an unnamed ECHR judge in a late-night sitting on his or her own, overruling two UK courts and the elected British Government — as happened last week — was a demonstration of ‘democracy’: one of Britain’s most distinguished jurists, who opposed Brexit, regards the ECHR as a negation, not an enhancement, of our democracy.

This is Lord (Jonathan) Sumption, a former Supreme Court judge who praised that court’s checking of Boris Johnson over his Brexit-related manoeuvres, but who in a 2013 lecture condemned the ECHR for extending its remit ‘to cover immigration and deportation, extradition, aspects of criminal sentencing . . . and a great deal else besides. None of these extensions is warranted by the express language of the convention’.

And yesterday, he said we should not be ‘submitting to the expansive and self-promoting edicts of the Strasbourg court’.

Heseltine’s main aim is to get the UK to rejoin the EU, and he boasts: ‘I coined the phrase ‘If Boris goes, Brexit goes’.’

Actually it was his colleague in the European Movement, Lord (Andrew) Adonis, who first used this phrase, on Twitter last January. But it is true that Heseltine, whose challenge to Margaret Thatcher helped bring about her downfall in 1990, has always seen Boris Johnson as the main obstacle to his plan to get the 2016 referendum result reversed. 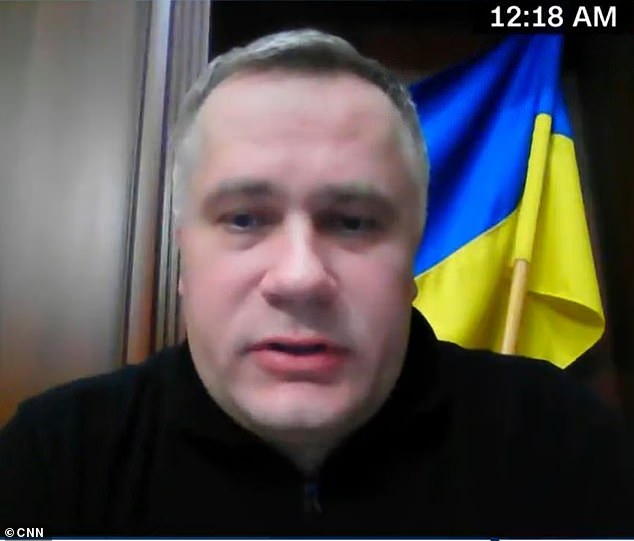 Last week President Zelensky’s foreign policy chief, Ihor Zhovka (pictured), told The Times: ‘Johnson is important, he started important trends in supporting Ukraine, be it arms, be it strong support in terms of sanctions, in supporting us among world leaders.’

Unfortunately his obsession has led this elder not-quite-statesman into absurd pronouncements. None more so than on the day Russia invaded Ukraine, when he declared: ‘Our continent faces a threat as severe as anything since the end of the Cold War. I am ashamed that the country that in my lifetime saved European democracy has now absented itself as others determine Europe’s response . . . That is what Brexit means.’

He could not have been more wrong. Over Ukraine, Britain has led where Europe has followed. It was we who were the first to supply Ukraine with the ‘lethal aid’ that helped enable it to force Russia back from Kyiv.

Now even President Macron of France has come round to Boris Johnson’s line that ‘Ukraine must win’. Last week President Zelensky’s foreign policy chief, Ihor Zhovka, told The Times: ‘Johnson is important, he started important trends in supporting Ukraine, be it arms, be it strong support in terms of sanctions, in supporting us among world leaders.’

If that makes Lord Heseltine ‘ashamed’ of Britain, he has completely lost his secateurs.