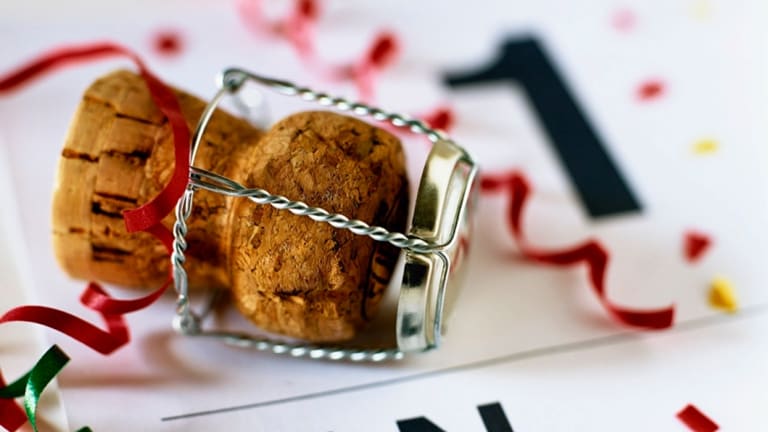 Repeat after me: I will not make New Year’s resolutions.

Here’s why. New research from Sweden says the biggest category of resolution is one where we set ourselves goals for our physical health. After that, there’s a big gap. The runner up is self-improvement (with a handful of us setting ourselves psychological goals).

But of course those very resolutions, the ones related to physical health, are the ones which are doomed to fail. And they do. Studies from the seventies and eighties tell us that these resolutions fail, time after time: one in five of us report failure after just a week; 40 per cent fail after a month, 60 per cent fail at six months. Unkindly, we might imagine the rest are telling porkies. As Richard Koestner wrote 10 years ago; "Despite the importance of their goals and their commitment to achieving them, most individuals who make a new year’s resolution fail to achieve them."

To make and keep a resolution, we need more than a particular time of the year to motivate us.

The very essence of a new year’s resolution is always about the self; it’s a neoliberal approach to personal improvement, one which imagines that everything is about our individual agency. Yet these very goals which we set for the new year are the very things we can’t ever do on our own, especially weight loss and exercise. Only long-term social support makes that possible, not us sitting down today and thinking, yep, I’m going to do this on my own, from January 1, 2019 onwards. If we want to plan for the future, let’s think about what we can do for, and with, each other. Put that solo diet and exercise plan in the bin and focus on a community approach. If you are desperate to be fitter or thinner or more muscly, find out which of your friends has that same goal. Wait until after the party season is over and make a time that suits.

I would like to propose another approach entirely as we begin 2019. We should band together and decide to abandon new year’s resolutions. They only serve to make us feel terrible by February. Instead of beginning with doom and gloom, or of setting ourselves an impossible task, think for a minute about the year which has just passed. Consider what we did well. Focus on our achievements and successes and appreciate those. What did we accomplish? What struggles did we overcome? With whom can we share that feeling of pleasure?

Be generous with yourself instead of beating yourself up about your failures. And when it comes to yourself, don’t just think about the big stuff either. In our house, we did a better job of dealing with our recycling and our other garbage. I ate more fruit and vegetables, gave more time and money to others who needed it, focussed on getting more sleep. Small strokes in a bigger picture. Learned a few words of a foreign language without feeling utterly embarrassed about my linguistic ineptitude (and the locals I met in Japan were extremely kind about my efforts). Took more time to write and did it more regularly. (I’m doing different types of writing right now and each genre requires the discipline of practice … so much practice.)

And then, take a minute to extend that generosity to others, praise someone who has done good work in areas you think matter. You could write them a note or donate to their causes or just tell others about them. We spend a lot of time on snark these days but just for a moment, put the meanness away and be kind. I’m now sending my own shout-out to Father Bob Maguire, whose foundation works to end homelessness ; the Asylum Seeker Resource Centre, Antoinette Braybrook; the CEO of Djirra that supports Aboriginal families experiencing family violence; the truly amazing women, Pat, Deb, Sue and others, who put together the Counting Dead Women Australia list (I work with them on Destroy The Joint but they do the hard work of keeping the list). The Australian union movement is working to change industrial rules, led by ACTU secretary Sally McManus but operationalised by thousands of unionists whose names you don't know. Kudos to them too.

Thinking about the huge contributions of others, and any small success I've had, makes me feel more able to approach the big tasks which still need doing. Of which there are a lot. After you’ve thought about your own achievements and the achievements of others over the past 12 months, take a moment to think about what you’ve done badly but don’t blame yourself excessively for your failures. Don’t agonise. We are all just people going about our worlds and there is absolutely no point in fretting and worrying. Instead, take some time to think about how you can improve and the methods you might use to make the changes you want to make. Ask yourself if your individual goals are all that important. Could you make more of a difference if you worked with others? By thinking about community goals, you get benefits both for yourself and the society in which you live.

Don’t go for new year’s resolutions, which are all about immediate self-interest. Instead, think about acting collectively, whether for small goals or big. Go for a new year’s revolution instead.

Jenna Price is an academic at the University of Technology Sydney.

12/31/2018 lifestyle Comments Off on Ditch the resolutions: it’s a revolution you need this new year
Recent Posts