This post contains spoiler for Nov. 28’s episode of A Million Little Things. On A Million Little Things, Maggie’s grim medical prognosis was the little secret she shared with Gary. The episode "Fight or Flight," changed that, chronicling the aftermath of the pair’s ugly breakup and Maggie telling Rome and the rest of the group about her illness. The friends learning about her cancer played alongside Maggie’s recurring nightmare featuring her brother, which ended ambiguously. Did Maggie die on A Million Little Things? Her real-life collapse and Chad leaving her in her dream has fans worried about her fate.

When A Million Little Things last aired a few weeks ago, Gary and Maggie’s lighthearted game of daring abruptly ended when Gary (James Roday) challenged Maggie (Allison Miller) to begin cancer treatment again. Vocal about her decision to make the most of her remaining life without medicine, Maggie stormed away from him, leading to their separation in "Fight or Flight." While Gary swiped through dating apps to avoid talking about his feelings, Maggie left her job and began packing away her belongings so her grieving parents wouldn’t have to someday.

In the midst of putting her life on pause, Maggie faced a repeating nightmare starring herself in a crashing plane alongside a man introduced as Chad. While steering the nosediving aircraft, Chad wielded a bottle of alcohol as Maggie reminded him, "I can’t help you if you won’t let me." The dreams gradually brightened as the episode continued, showing Rome helping Maggie fly after he found out about her cancer IRL and concluding with Maggie managing to direct the plane into stable territory. 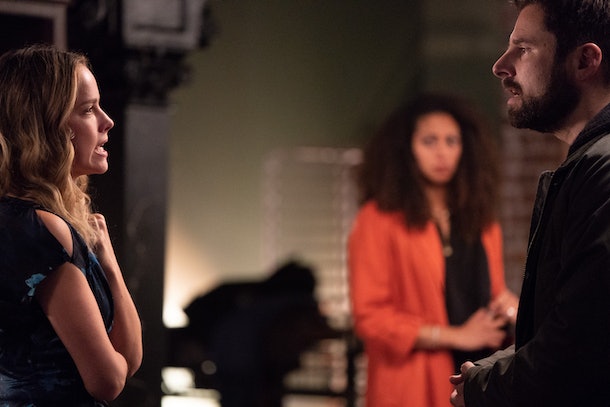 However, after Gary and Maggie argued about the others supporting her decision, the final dream sequence also showed Chad preparing to jump out of the plane. By now, fans knew that Chad was Maggie’s brother who used alcohol to self-medicate and died as a teenager in a drunk driving accident. As Chad told Maggie it was time for him to leave her, his sister collapsed in reality. Viewers caught a glimpse of Maggie moving on the floor before the footage cut back to her nightmare, but does Chad deserting her in dreamland mean that her health has taken a turn for the worse?

Maggie’s guilt about not preventing Chad’s death created barriers in her relationships with both Gary and Chicago boyfriend Tom, but in her final dream, Chad told his sister, "There’s nothing you could’ve done to save me." The admission prompted the plane to reach sunny skies, and if we had to analyze this dream, it looks like the nice weather parallels Maggie making her peace with Chad’s death. But does the vanishing of her guilt also mean that she’s rapidly dying or already dead? 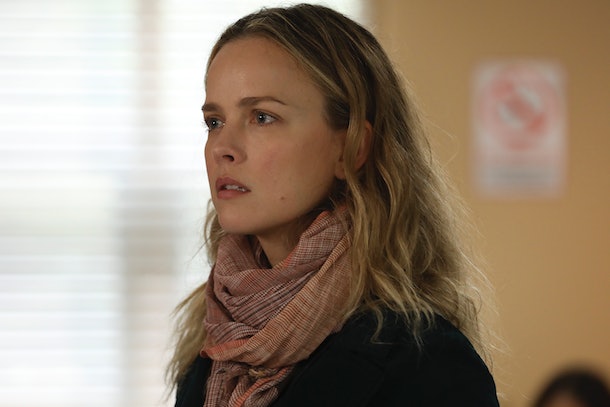 Aside from the fact that killing off a main character in the first season wouldn’t be too smart, A Million Little Things fans can likely rest easy about Maggie’s future for now. The synopsis for Dec. 5’s episode, "Perspective," reads:

While it will include flashbacks of Gary’s own illness, "Perspective" seems to have enough subplots that mourning Maggie isn’t necessary next week. It would make sense for the possibility of her brief hospitalization to segue into Gary’s past, but here’s hoping her collapse doesn’t mean we have to say goodbye soon.

11/29/2018 lifestyle Comments Off on Did Maggie Die On ‘A Million Little Things’? A Huge Cliffhanger Has Fans Worried
Recent Posts