The Department of Homeland Security is preparing to deal with potential hacks and other threats on Election Day. It has set up a virtual war room to help quickly communicate and respond to any cybersecurity challenges, partnering with the FBI, state and local election officials, and representatives from the Democratic and Republican National Committees.

On “CBS This Morning” Monday, the under-secretary for the department’s National Protection and Programs Directorate, Christopher Krebs, warned that while American officials are working to protect U.S. election systems, there are ongoing disinformation campaigns aimed at causing distrust about the security of our vote.

“We have seen, over the last couple years in particular, Russia be very adept at using information operations and influence campaigns,” Krebs said. “Right now, there is a lot of noise out there, and a lot of it’s garbage.”

The concern is that false narratives could undermine Americans’ confidence in the electoral system.

“There are reports about compromised systems; about the state of Texas, those systems being rigged for voter fraud. It’s just not true,” Krebs said. 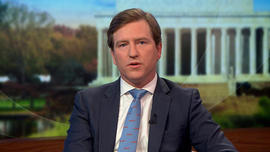 Krebs was asked about a Boston Globe report published Sunday that said internal DHS documents reveal more than 160 reports of suspected meddling of election systems across the country in the last three months alone, including injections of malicious computer code.

Krebs said that the report was comprised of information received from state and local governments. “It’s a roll-up of things that were happening on a daily basis anyway,” he said. “Scanning happens every day on the internet. I caution to call these ‘attacks.’ Again, scanning, phishing sorts of campaigns, e-mail, those happen on a daily basis across the various governments and private sector [networks]. And we certainly haven’t attributed any of those activities to a nation-state actor,” such as Russia.

“Unlike 2016 where we had intelligence that the Kremlin, Russia, was trying to interfere with our election, we don’t have that same level of understanding [today]. Plus, we’re not seeing these dedicated or known manifestations of attacks from our Russian adversaries.

“But we continue to scour the globe for any sort of activity, any nation-state actor targeting our election infrastructure.”

Krebs said that Homeland Security has a much better relationship with state and local election officials today than existed in 2016. “And so, when they were seeing activity on their networks, they didn’t send it to us, and we didn’t have a really good [overview] of what was happening across the country. We have those relationships now.

“The last two years we developed very strong relationships. We work with all 50 states and thousands of counties, and so they are sharing information with us.”