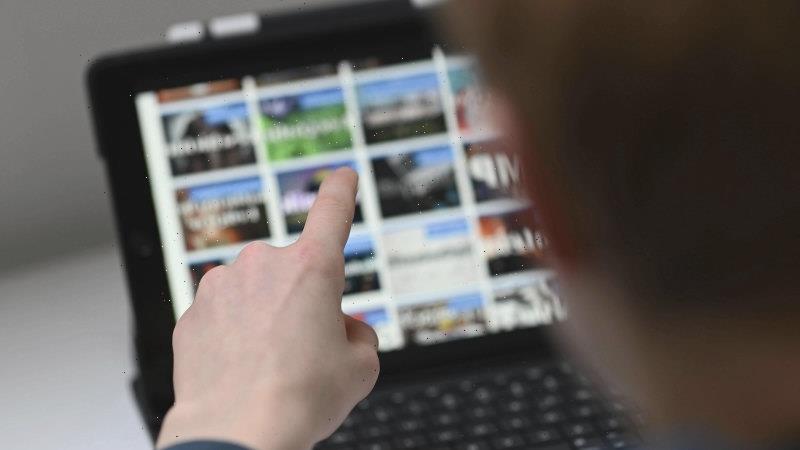 A charity that provides school essentials to disadvantaged students has been inundated during the COVID-19 pandemic and is worried surging inflation will leave more families unable to afford items such as laptops and tablets.

State Schools’ Relief said student requests for items such as school uniforms, dongles and headphones had grown by more than a quarter during the pandemic. 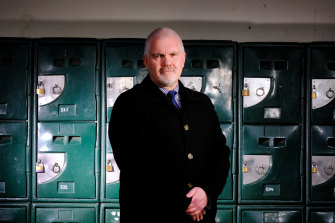 As inflation jumps to a 20-year high, chief executive Sue Karzis said she was concerned about cost-of-living pressures for families already feeling the pinch from COVID-19 and lockdowns.

“When you see what’s going on, when you see the number of families that were queuing up for Foodbank, it makes you wonder how much the demand will go up,” Karzis said.

Official data released on Wednesday shows inflation grew by 6.1 per cent over the 12 months to June, driven by price hikes for new dwellings, fuel and furniture. Clothing and footwear prices jumped 3.5 per cent in the June quarter alone.

The new data has stoked expectations the Reserve Bank will hike rates again next week, from 1.35 per cent. Meanwhile, average house rents in Melbourne have reached a record high of $460 per week, and units have jumped more than 5 per cent to $410 a week.

State Schools’ Relief, which was formed during the Great Depression in 1930 to clothe and feed state school students, has experienced a surge in applications during COVID-19.

In the year to June 2021, it provided more than 72,000 students with items such as tablets, headphones, stationery packs and desks, an increase of 28 per cent on pre-pandemic levels. The recipients attended 85 per cent of Victoria’s government primary, secondary and specialist schools.

Karzis said disadvantaged students needed that kind of support because they didn’t own a laptop for remote learning, and some did not even have a quiet place to sit.

“A lot of these things will be ongoing. People don’t realise that if you are underprivileged, you can never afford a laptop if you’ve got five or three children,” she said.

“People don’t expect that there are so many kids who just don’t have singlets, underwear, socks – the most basic things.

“We’re talking about kids who are going to school wearing their mum’s shirt. We’ve heard a lot of this lately.”

Government schools educate almost two-thirds of all Victorian students, including more than 80 per cent of the state’s most disadvantaged, said Trevor Cobbold, a former economist with the Productivity Commission.

“All those families would be really struggling with increasing costs for school essentials,” said Cobbold, who is now a spokesman for the state school lobby group Save Our Schools. “And the cost of these essentials is increasing significantly because of increasing technology requirements.”

Rule said it was almost impossible for students to get by without a laptop any more, particularly when so many were off sick. “Previously we’d probably make greater allowances for those students, but kids are at a disadvantage if they’re not linked in when they’re absent, and absences have gone through the roof,” he said.

The state government handed out school essentials such as laptops, tablets, dongles and SIM cards during the early days of remote learning, and allowed students to retain the computers.

It has also rolled out a $480 million tutoring program, targeted at students with low-level English skills, or at risk of disengaging from school, and those whose home environment was not conducive to online learning.

Nonetheless, a survey of more than 1100 parents whose children were supported by The Smith Family found 74 per cent of carers struggled to help them during COVID because of a lack of devices, internet access, skills or time.

Gail McHardy, chief executive of Parents Victoria and State Schools’ Relief board member, said the pandemic had left many previously comfortable people in a precarious financial position, as well as exposed a digital divide in Victorian schools.

“Certainly, device [access] was an issue before the pandemic, but it just put it on steroids because kids had to learn from home on a device, whereas at school they could access or share one,” she said.

“Even parents who have the means to pay for the device say they have to update it every few years and it’s a big expense, so imagine for the families who don’t [have the means].” 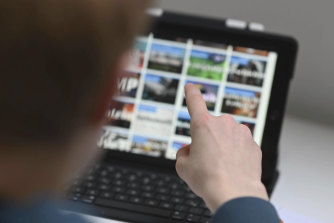 Laptops are in demand at State Schools’ Relief.Credit:AP

To receive State Schools’ Relief items, families speak to their school, which then applies on their behalf via a portal. “Sometimes it’s homelessness or domestic violence,” said Karzis. “We don’t ask anything; we just trust what the principals or welfare officers say.”

State Schools’ Relief has operated through floods, bushfires, recessions and health crises and says it is the only organisation of its kind in Australia.

It primarily relies on funding from the Department of Education, as well as support from schools, companies, foundations and donations from department employees. It also raises money through uniform and workwear sales.

“Grattan’s analysis of NAPLAN in 2021 showed the gap between advantaged and disadvantaged students did not widen overall in Victoria, however there was a widening in certain areas,” she said.

A Department of Education spokesman said: “We understand how school costs can add up for parents, and the cost of living is rising – that’s why help is available for families with costs like uniforms, breakfasts, camps, excursions, digital devices and much more through the State Schools Relief program.”

He added that the Victorian government had spent more than $42 million on the Affordable School Uniforms program, delivered by State Schools’ Relief, to support students in need since 2015.