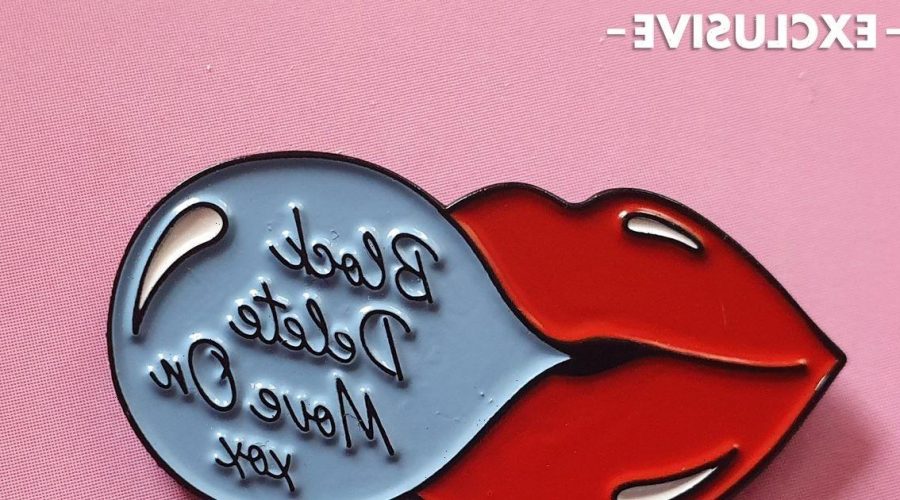 In a new twist on Lalalaletmeexplain's hit column, readers ask for her expert advice on their own love, sex and relationship problems

Here, she offers advice to a woman whose boyfriend compliments everyone but her…

I would love your take on this guy I’m seeing. We’ve been dating for a couple of months. I’m 27 and he is 33. We have a lovely time together and get on well. The issue that I’m having is that he never compliments me, but always talks about other women.

He mostly talks about celebs, but it’s every single time when we are together. Stuff like “She’s hot” and “I would” etc about various women all the time yet he never tells me that I’m hot or gives me any compliments at all.

He also talks about his exes in almost every conversation, and will relate literally any topic back to an ex. For example, I asked if he had watched Twilight and he said: “Yes, my ex gave me a blow job whilst watching it.” It’s getting to me a little bit.

I haven’t spoken to him about it, I just try to ignore it when he makes these comments, but he still continues. I can’t understand why he does it. This is pretty strange behaviour, and I can see why it would be getting to you. The first thing that I want you to think about is why you are so keen to understand why he does it. If I were to be able to give you a valid reason for why someone would behave in this way, would that make a difference? Would that mean that spending the rest of your life with someone who makes you feel bad by complimenting others but not you would be OK because you understand why it happens?

I think we sometimes get caught up in trying to make sense of things when we really should be focusing on how the behaviour makes us feel. Understanding why he does it doesn’t take away from the fact that he does it.

I say this because I really want us all to get better at simply walking away when a very new relationship isn’t meeting our needs, or worse, is impacting on our self-esteem. It doesn’t sound like this is even an established relationship yet, so the fact that during the dating stage he is already showing major signs of unhealthy behaviour is a big cue to run.

In terms of why he might do it, the educated guesses would all point to him trying to breed insecurity and jealousy within you.

Compliments are really important when building a relationship – this applies to friendships too. Compliments and appreciative comments make us feel good, and they let us know how the other person is feeling.

Gary Chapman’s book ‘The Five Love Languages’ looks at the general ways in which people express love and affection for partners. The five love languages are words of affirmation (compliments and verbal expressions of appreciation), acts of service (doing nice things for your partner like running a bath ready for when they get home), quality time (giving your undivided time to your other half), and physical touch (hand holding, cuddles, stroking). There are quizzes online for you to be able to work out your love language.

If your love language is ‘words of affirmation’ then it will be important to you to find a partner who speaks the same language. It is possible to meet people who have a different love language to ours but who still very much show us that they care and clearly express their feelings with physical affection and quality time for example.

However, because he is willing to compliment others but not you, I think this runs deeper than it simply being the case that he doesn’t express his feelings through words of affirmation. I think it points to him intentionally trying to lower your self-esteem so that you feel insecure and therefore less likely to leave him and more likely to stick around trying to win his attention.

I’ve known some men to take the attitude that complimenting women gives us a ‘big head’ and makes us too confident, and others who take the view that it keeps a woman on her toes if you don’t make it clear how you feel. Either way, both attitudes point to men who are employing weird tactics to gain power and control, which will always lead to a dysfunctional relationship.

Talking about exes is always a slightly tricky one, but within healthy partnerships discussions about our past are important and can help us to understand the people we are dating better. Though it is important to be sensitive in the ways that you discuss them. This guy doesn’t seem to be sensitive at all, he seems to want to continually talk about his exes completely out of context, so again, this doesn’t point to someone who is simply sharing aspects of his past, it points to someone who is trying to make you feel as though you have competition.

I spoke to Board Certified Behavioural Analyst Emma Grealish who said: "All behaviour happens for a reason. If he has behaved in this way with previous partners, which is likely, then he probably has a long history of that behaviour being reinforced. The fact that you are ignoring it might make it worse. We refer to this as Extinction Burst.

"An example of this is: you press the button on a remote to turn the volume up, but it doesn’t turn up, so you keep hammering on the button, repeating the behaviour at a higher frequency; and eventually the volume increases so you learn that you just need to keep going with the same behaviour to get a result. He’s used to getting attention from doing this to women so he’s going to keep doing it to you until you react and then when you do it will increase. Ignoring is unlikely to make it stop it, it is more likely to make it worse." I spoke about negging and triangulation in my last advice column and it seems that there may be elements of those things here too. Though you haven’t mentioned that he has made negative comments about you, the fact that he dishes out the compliments to other woman but starves you of them has much the same impact on your self-worth as negging would.

As Emma said, he has learnt this behaviour somewhere and it has obviously worked for him in the past. Ignoring it will not make it go away. Communication is key, and I would normally suggest raising it with him to see if he can make meaningful changes, but in this case, I think his comment about getting a blow job during Twilight is absolutely wild. It really solidifies this as being very weird.

It’s simply not normal to talk about sex with other people in that way, completely out of context, to people you are dating. It suggests that he is trying to goad you for a reaction.

If he really is the perfect man in every way and you are loath to let go without trying to solve this, then of course discussing it with him is the only way to see if he is able to change. But I would want that change to be immediate.

I’d want the compliments coming in thick and fast and I’d want to hear no more mention of him wanting to sleep with other women ever again.

I’m just not sure if I could get over the fact that he thought it was appropriate to treat me like that in the first place. You will need to decide what feels best for you.

Follow @Lalalaletmeexplain on Instagram for more advice on sex and relationships. Have a question for Lala? Email [email protected]

11/01/2021 lifestyle Comments Off on ‘Dear Lala, my boyfriend compliments other women and always mentions his exes’
Recent Posts