A double dose of David: Walliams on playing the evil headmaster in a BBC adaptation of his book The Midnight Gang – and the PM in a hilariously irreverent royal comedy

David Walliams, who first found fame in risqué sketch show Little Britain, is no longer the potty-mouthed comic who liked to dress as a ‘laydee’.

Fast forward 15 years and he’s now the nation’s most outrageous reality show judge on Britain’s Got Talent, our favourite young children’s author with more than a dozen bestsellers to his name – and a Christmas TV perennial.

Adaptations of his novels have become a mainstay of the BBC’s festive output since Mr Stink aired in 2012.

And this year we’ll see David in two shows, both made by his production company.

On Boxing Day he’ll appear in a one-hour adaptation of his book The Midnight Gang.

It tells the story of Tom, whose parents have sent him to boarding school and who ends up in the children’s ward of Lord Funt Hospital after being hit on the head by a cricket ball. 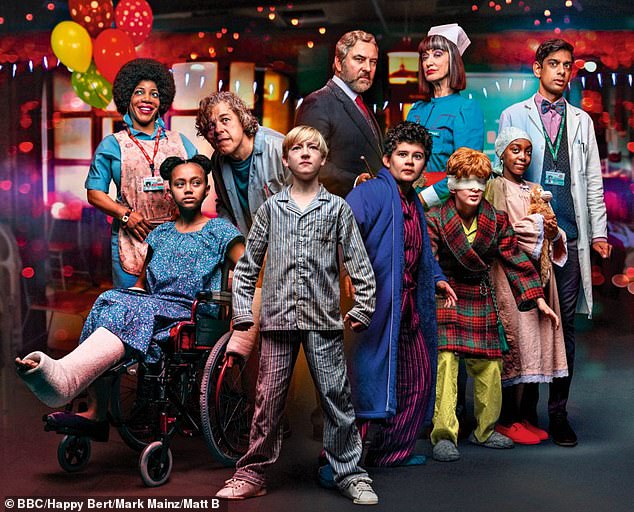 There he befriends a gang of child patients who secretly go on midnight adventures around the hospital.

‘The children are bored so they create a secret society where they help each other’s dreams come true,’ says David.

‘Yes, on one level children are in hospital for a reason, and sometimes they’re very ill.

‘But it’s part of life and I wanted to reflect that. I think you can deal with serious things in children’s books as long as you do it delicately and with humour.’

Tom’s having so much fun in hospital that he’ll do almost anything to stay there, but the headmaster teams up with the hospital’s evil matron, played by Haydn Gwynne, to try to thwart his plans.

‘I love writing the villains – they really make the story happen,’ says David.

‘Matron hates the children, as does the headmaster.

‘She’s foul to them all the way through, and that’s what attracts the headmaster to her.’

She says it’s no surprise David’s books have been such big hits. 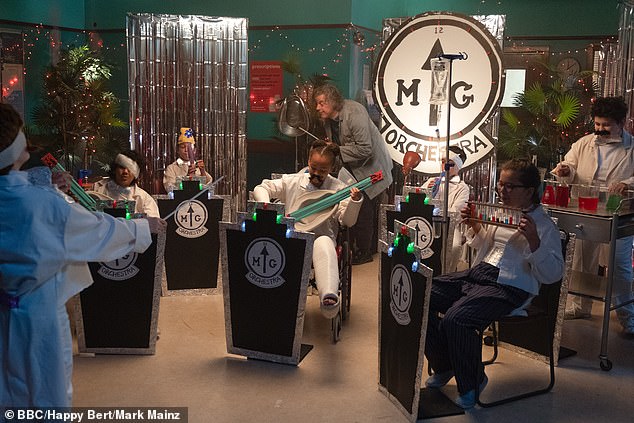 ‘They’re good stories with a lot of heart. Bad people get their comeuppance.

‘All the grown-ups are grotesque, but there’s also a cheeky naughtiness.’

Before The Midnight Gang airs, David will appear in Sky One’s adaptation of Sue Townsend’s irreverent novel The Queen And I.

The story is set in 1992, when the UK elects the Republican Party to power and the first act of the new prime minister, Jack Barker (played by David), is to abolish the monarchy.

He orders the Queen (Downton Abbey’s Samantha Bond) and her family to leave Buckingham Palace and live instead on a council estate in the Midlands.

The royals must swap caviar for boiled eggs and their legions of servants for a social worker named Trish.

And, horror, the Queen – now called Mrs Windsor – is forbidden from taking her corgis with her.

David insists it’s an affectionate look at the royals. ‘It’s a really fond portrayal,’ he says. 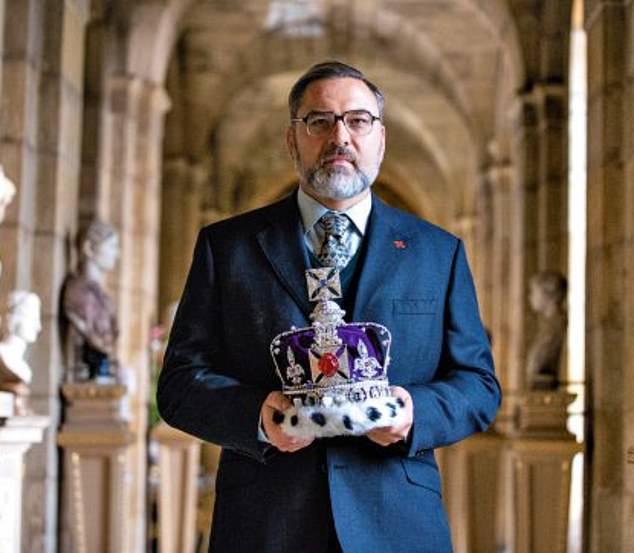 David stars as the PM who plans to abolish the monarchy in Sky One’s adaptation of Sue Townsend’s novel The Queen And I. Pictured on the set of the drama

‘It’s not a bashing of the Royal Family because it turns out they adapt quite well, especially the Queen.

‘She remains the heart and soul of the nation.’

‘It was really boring. There’s a self-righteousness sometimes that I was trying to capture with this character, so I was particularly interested in those areas.

‘It seems politicians are hated for the fact that they’re politicians.

‘I look upon politics as the lowest form of showbusiness.

‘You have to appear in public, you have to do interviews, but there are no good bits. So no, I wouldn’t want to do it, even for a day.’

As for what the royals might say if they tune in, David’s not convinced they’ll like it.

‘I think they might say, “He’s not getting a knighthood!”’