The director of a new art event set among the monolithic steam hammers and furnaces of the vast Eveleigh Locomotive Workshops promises it will be neither "predictable nor sanitised". 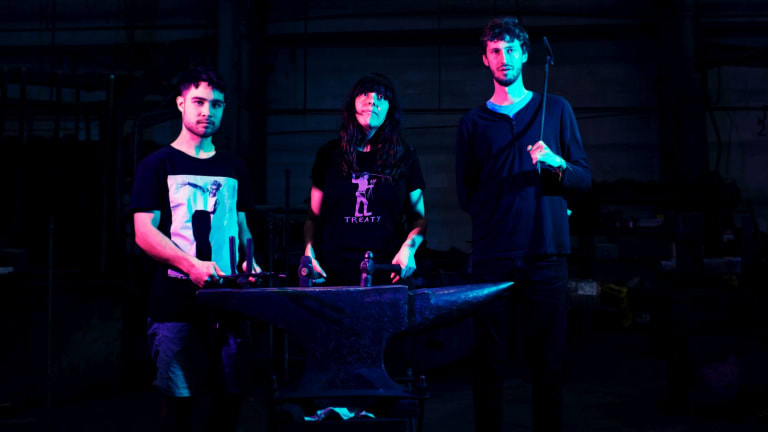 Caldera – the word describes the crater left after a volcano collapses in on itself – will be Sydney's (modest) answer to Hobart's wildly popular Dark Mofo festival, according to Laurence Rosier Staines.

"This is about fire and sex and industry," says Rosier Staines. "I knew in general what I wanted to do – something that was a little bit more adventurous than you get in Sydney. People my age are likely to spend a thousand dollars to fly down to Dark Mofo to get something remotely challenging and interesting. At the same time I was thinking about that I met these blacksmiths and became aware this was a space where it could conceivably happen."

Among the acts on offer in Bays 1 and 2 will be burlesque star Zelia Rose, experimental performer Tanzer and the premiere of a work for amplified anvil by Bree Van Reyk and Marcus Whale.

"At night this place is incredibly eerie," says Rosier Staines. "It's going to be like a promenade show. People will arrive into the space and stuff will begin to happen all around them. I'm thinking of it as an immersive theatre show where the characters are burlesque dancers, steam hammers, musicians, furnaces and artists."

As well as playing the electric anvil, percussionist Van Reyk has been inspired by the sound of the blacksmithing machines.

"They sound incredible," she says. "There's a whole orchestra in there. We're working on the idea of having a duet with the machine."

"This is an active workshop with fire and embers and metal dust," says Rosier Staines. "We will be making it safe and we're hoping people won't climb over girders and fall into a furnace or something like that. There is an element of caveat emptor I guess."