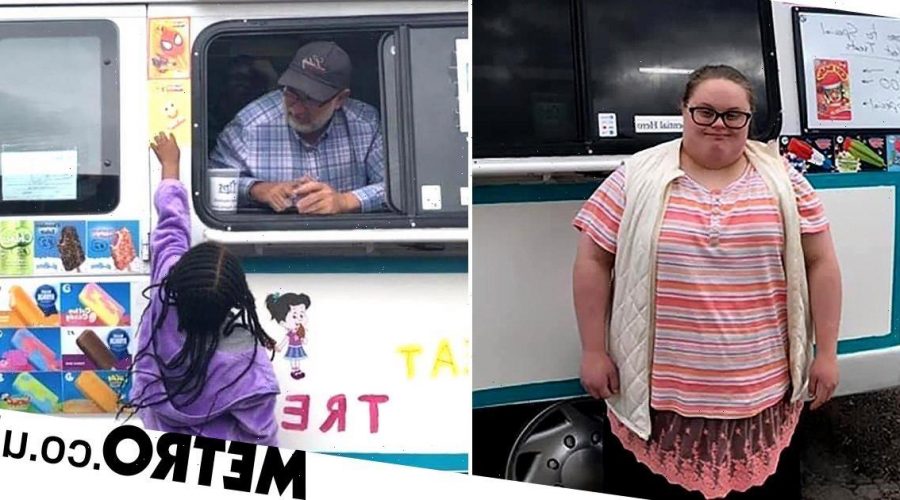 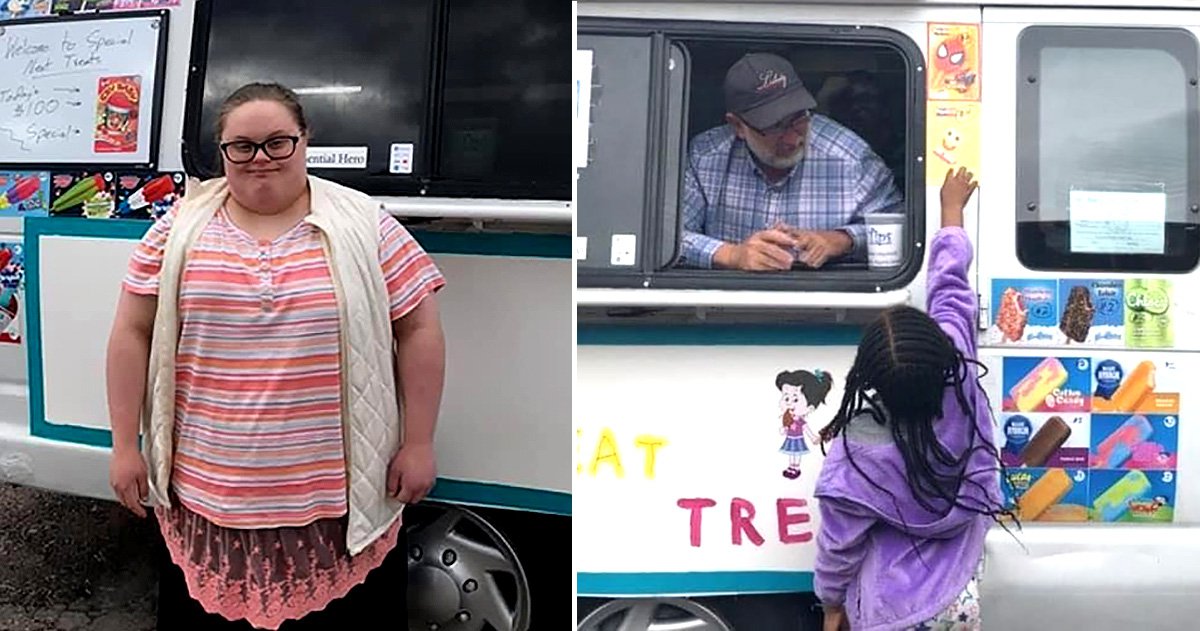 A dad in Ohio, US, has bought an ice cream truck for his two adult children with Down’s syndrome and the pair have turned it into a roaring success.

Joel Wegener, 61 and his wife Freida, 60, have ten children, including Mary, 21, and Josh 18, who have additional needs.

Joel, a retired science teacher, wanted to give Mary and Josh the opportunity of employment and so purchased an old ice cream truck for $6,600.

The truck, which was sourced online, initially needed some mechanical and cosmetics work but was soon on the road.

Named Special Neat Treats, Mary and Josh are at the helm and demand is growing rapidly with people visiting the truck from all across Ohio.

‘Our dad is the best dad ever and we love to sell ice cream with him,’ Mary and Josh said.

‘We have a really fun summer and we hope we have good luck selling ice cream in the future.’

The dynamic duo made their first sale in mid-April, with Joel running the ice-cream truck throughout the summer period with the assistance of both.

‘When we bought the ice cream truck in January I never expected for this to happen,’ Joel said.

‘The publicity we have received is amazing, and we hope that we can inspire other families with special needs kids to find new and inventive ways to support their children.

‘Mary always wanted to work with me, but up until now there hasn’t been a suitable job opportunity for her.’

After Mary was born, doctors advised them not to have any more children as there was an increased risk of another child having Down’s syndrome.

However, the couple went on to have three more kids, including Josh.

‘We believe it was the will of God for us to have such a big family and each time I fell pregnant I knew it was for a reason,’ Freida said.

‘We were not afraid of having special needs children or the challenges that came with it. I may look older now, but I feel the same inside at 60 as I did when I was in my twenties!’

Joel and Frieda see the ice-cream truck as a blessing and said it has benefited Mary and Josh in more ways than they had hoped.

‘The reason the ice cream truck is so perfect is that it has allowed them both to develop their interactive and social skills in a comfortable environment,’ Joel notes.

‘When they’re at work they practice things like smiling and asking questions – things that before they really struggled with.

‘Josh is in his senior year at school so he isn’t around as much, but Mary is nearly 22 and therefore no longer eligible for public education.

‘We were worried about what she’d be able to do once she reached this age, but the ice cream truck has really eased our concerns.’

Send us an email at [email protected]