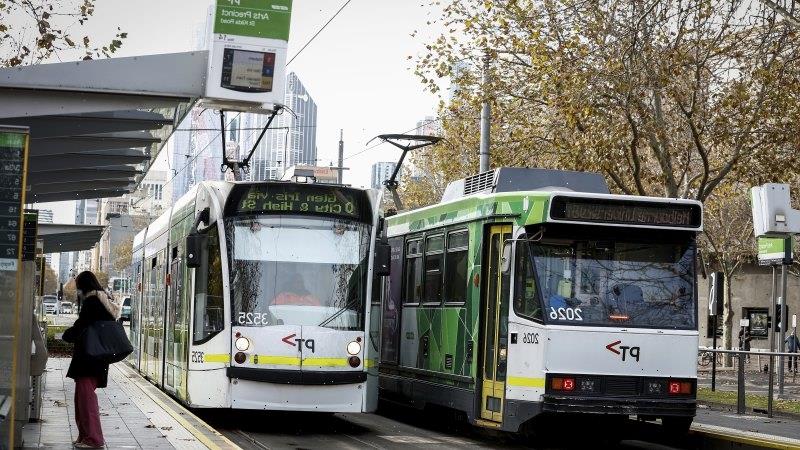 The state government will save $4 million next financial year by making “minor reductions” in the frequency of trams along the two corridors, according to documents prepared for the state Public Accounts and Estimates Committee. 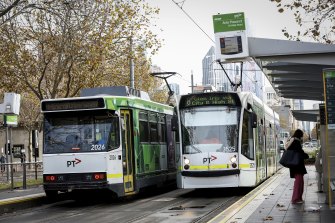 The cuts reverse an increase to services four years ago to ease congestion on peak-hour trams, particularly along St Kilda Road while the construction of the new Anzac station near the Domain made it difficult to drive into the CBD.

But passenger numbers were now “not as high as previously anticipated” due to the pandemic and more people working from home, the budget documents say. The cut will mostly affect services just before and after the morning and afternoon rush hours.

Public Transport Minister Ben Carroll did not answer questions about how much service frequency would decline or when the change would take effect. But he said that the Anzac station would provide a link to the CBD in just two minutes and to Parkville in 10 minutes when the new Metro Tunnel opens in 2025.

“We are delivering more transport connections than ever before in the CBD and Melbourne’s south,” he said.

Passenger numbers on trains, trams and buses were still at only 70 per cent of pre-pandemic levels, Carroll said, and were expected to rise to 80 per cent in the September quarter, with flexible working the major drag on patronage.

Tony Morton, president of the Public Transport Users Association, said it may be appropriate to adjust Melbourne’s public transport network following post-pandemic shifts in behaviour. But he said savings from service cuts needed to be reinvested in other parts of the network.

“We don’t have quite the same driver of public transport service issues as in the past, which was all about reducing the stress of peak hour CBD travel,” Morton said.

“Instead … we have this ongoing problem in the suburbs where public transport networks aren’t doing the heavy lifting and getting people between their homes and local activities. These activity centres are being clogged up with car traffic because people don’t have an alternative.”

The opposition’s public transport spokeswoman, Steph Ryan, said cutting trams on busy routes into the city was a further setback for the CBD.

“Instead of making it harder to get into the city, the Andrews government should be looking at ways to encourage people to return to public transport,” Ryan said.

The government expects about 40,000 people will use the new Anzac station every day when it and four other stations open in 2025, taking pressure off trams along St Kilda Road.