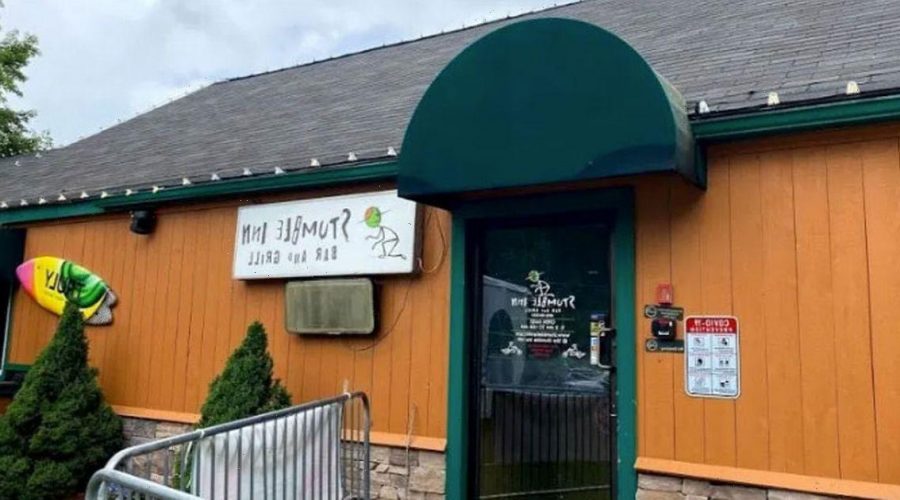 A diner has been praised for tipping restaurant staff a huge tip when he spent only $38 (£27) on his bill.

The anonymous customer ate a couple of chilli dogs, fried pickle chips and ordered some drinks.

The workers at a new Hampshire restaurant in the US were also told to not spend it all in once place.

Business owner Mike Zarella detailed the moment the workers were handed with the generous tip. He said: "A man came in at the bar and ordered a beer and a couple of chilli cheese dogs, and then he ordered pickle chips and a Patron (tequila) drink.

"At around 3:30, he asked the bartender… for the check. She gave it to him and walked away, and then he said to her, 'Don't spend it all in one place'."

The waiter was too busy to notice but moments later rushed over warning the customer he may have put too many zeros in the tip column. At first Mike refused the tip, telling TODAY Food he spoke to the man "for a couple of minutes" and was told he had to take the money because the customer "wanted this to happen".

The generous tip was split among the eight bartenders and kitchen staff.

Speaking to local news, the owner said: "He just said they deserve it, they work very hard."

He said the money could help staff, some of whom are single mums, get away on a much needed holiday.

Mike added: "They're getting good money out of it. They're really overwhelmed.

"They're like, 'Wow, I can go do this this summer. I didn't budget for that, now I can do that.' It's really fantastic."

The money will come as a big relief for the crew who underwent a difficult year due to the coronavirus pandemic.

Business owner Mike concluded: "Maybe this gentleman saw how hard it was."