A couple who tied the knot 22 years ago have revealed the reason their marriage is ‘better than ever’ – having sex with other people.

Debbie and Tony Dowsett, from Ilford in London, say an agreement allowing them to have sex with other ‘boyfriends and girlfriends’ is the key to their successful 22-year marriage.

Debbie and Tony, 46 and 62 respectively, decided to try an open relationship just four years after their wedding.

They’ve since slept a combined total of more than 30 people, with both Tony and Debbie having regular partners – some of whom they’ve introduced to their other half. 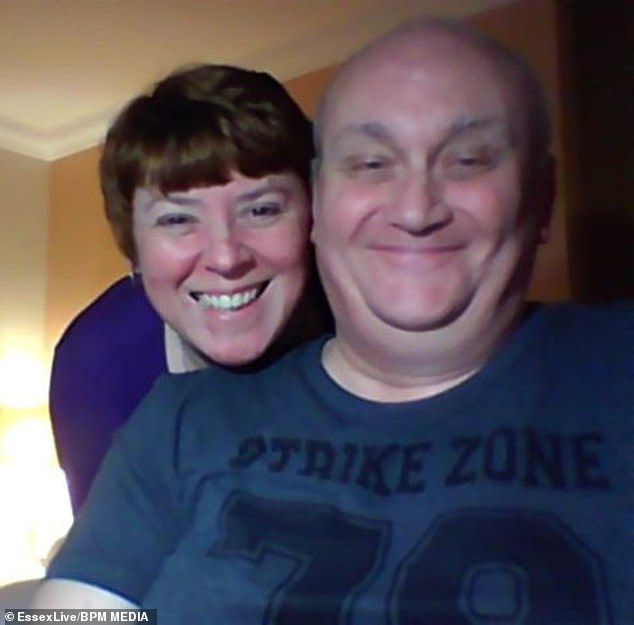 Debbie and Tony Dowsett, 46 and 62, say an open relationship is the key to their successful 22-year marriage. Both have regular partners that they’re allowed to go on dates, have sex and go on trips away with

The pact allows the pair to go on dates, have sex and even go on trips away with their other partners as long as they abide by strict ground rules agreed upon by themselves.

Hairdresser Debbie currently has four boyfriends that she sees with the longest relationship lasting 18 years.

Hairdresser Debbie met Tony at a local community event in an area that they both lived in over 22 years ago. They were together around four years when Tony brought up the idea of them having an open relationship.

Initially dubious, Debbie was not willing to try it fearing it could damage their relationship. But after it mulling it over, she said she’d give it a go and began an open relationship. Debbie explained: ‘When Tony brought it up, I was initially unsure because I didn’t know whether it would damage our relationship.

‘Tony would say to me: “You do know so-and-so fancies you?” I never thought that many men would but when I set up my profile I had loads of messages. I would then speak to a couple of them and then would discuss meeting up for a date.’

Speaking of her first dalliance, Debbie said: ‘I went to a hotel in London where I met the man and we went to a club. On the way back, he turned to me and said: “If you don’t want to stay with me, you don’t have to” but told him we’d see how it went. I went back with him that night.

‘I was worrying about what Tony would think, what his response would be and whether he would be angry the next day but he was absolutely fine. He asked if I had a good time. I didn’t go into full detail about what happened but he was fine with it.’ 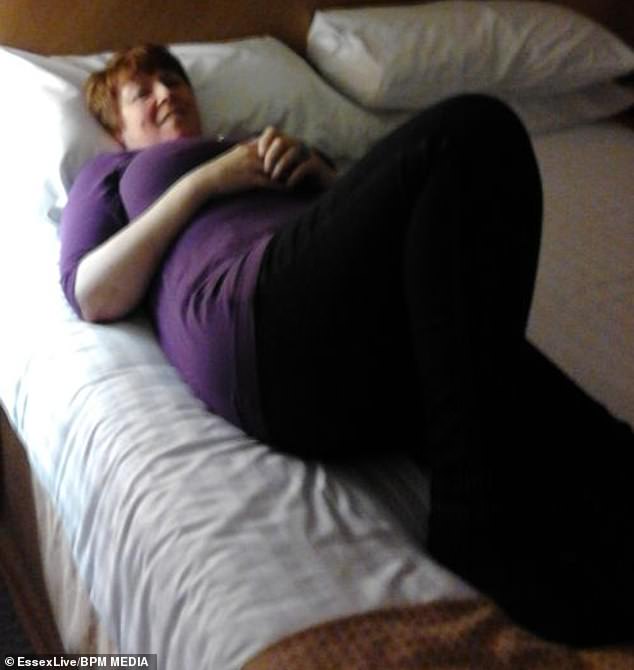 ‘Whenever I meet someone, I make sure they’re aware that I have a husband but if they don’t tell their partners then that’s down to them. I was seeing one man whose wife found out and told him he was not allowed to be out of her sight,’ Debbie says

The couple use online websites to find potential partners before meeting up and going on dates. ‘We don’t just meet up and have sex, we go on dates and get to know each other, we build a friendship,’ Debbie explains.

But she stresses she doesn’t develop feelings, insisting her ‘boyfriends’ are more like friends – with added benefits.

‘Sometimes one of my boyfriends will pop in and say hello to Tony or ask how he is. Some don’t want to meet him though, I think they’re worried about what his response would be but we’re completely honest with each other.

‘Sometimes a man will do different things to me that I will tell Tony about so he can do it too. I usually just look through different profiles and see if there is anyone I like the look of that’s fairly close by.

I remember getting a message of one guy who asked me to meet up with him because he was wondering why he is not getting any messages and asking me whether I could give him some advice. He wasn’t really my type but we met up anyway and we got on so well that we’re still friends to this day.

‘It was a bit weird at first because both of them have slept with me but they’re friends and it just becomes normal after a while.’ 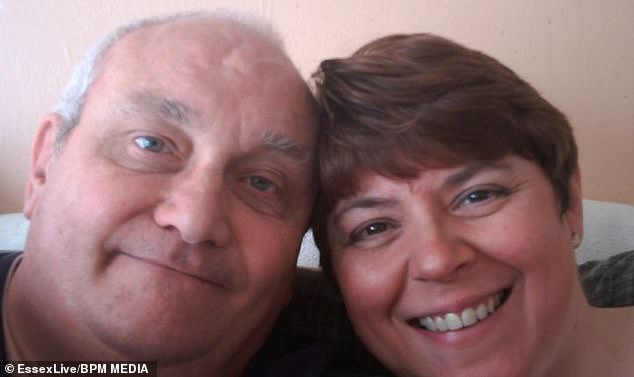 Tony explains he doesn’t feel envious of Debbie’s boyfriends. ‘There is no jealousy between us and we have always said that we would not do anything that would break us up’

But not every date is a successful one, with Debbie recalling one time how one man she met was ‘too pushy.’

She commented: ‘You do get the odd bad experience. If a guy is too pushy I just won’t go through with it. There was one time that I met a guy who wanted to come back to my flat but I said no and he turned round and said to me: “This relationship is just sex nothing else,” but I said I wasn’t there for that and left.’

What is an ‘open relationship?’

A polyamorous relationship, however, means that people are in loving relationships with others. The word polyamory, by definition, means loving more than one.

Tony explains he doesn’t feel envious of Debbie’s boyfriends. ‘There is no jealousy between us and we have always said that we would not do anything that would break us up.

‘We never get feelings, we just grow friendships. If we both became invested in other people then that would have to stop.

‘It’s different being with someone else rather than not being together but it really works for us. I would say it has made our relationship stronger – we’re just as passionate about each other. I just don’t believe in monogamy.

‘We see different people around two or three times a month and we have regulars that we see. Some people we only see for a short time like three or four months and then they move on. Some people just don’t want to be involved in a long term relationship and that’s fine.’

Having an open relationship has also lead the couple to experiment further.

Tony added: ‘It’s just about trying different things. We’ve had threesomes and foursomes. It’s not like we meet different people for sex every other day we always have time for each other. It’s getting harder and harder to meet people because I think people just use the internet to set up profiles and go on dating sites like when people go internet shopping rather than going down to the high street.’

The couple also don’t have an issue with meeting up with people who are married or are in a committed relationship – even if their other half is unaware of their affairs. ‘We are not cheating on each other. If other people don’t want to tell their other partners then that’s an issue for the other person,’ Tony said.

Debbie agrees: ‘Whenever I meet someone, I make sure they’re aware that I have a husband but if they don’t tell their partners then that’s down to them. I was seeing one man whose wife found out and told him he was not allowed to be out of her sight.

Debbie added: ‘I don’t think people are able to stay with just one person. We know people who are still together 20 years later but I do think that is a rarity.

‘I would say seeing other people has helped our marriage, we’re completely honest with each other and it just works for us. If you are thinking that this might be something for you I would just sit down and have a conversation with your partner. Our relationship is better than ever.’