Back to the future! Couple’s Edwardian home with decor stuck in a ‘Seventies time warp’ is unrecognisable after a spectacular £350k renovation by TV architect George Clarke

A couple have spent an eye-watering £350,000 gutting their entire house because they felt it was stuck in a ‘Seventies time-warp’.

Homeowner Lauren, 30, inherited the four-bedroom Edwardian property in Golders Green, north London from her grandparents in 2015 and shares the palatial home with partner Chris and their six-month-old daughter Marianna.

But the family decided to scrap the wall-to-wall seventies wooden panelling, along with the indestructible cement staircase and cramped bathroom ‘shoved’ into a bay window.

In Channel 4’s George Clarke’s Old House, New Home the architect unveiled his vision for a spacious ‘home for life’ – advising the couple to knock down walls, rebuild an extension and transform one of their bedrooms into a luxurious en-suite. 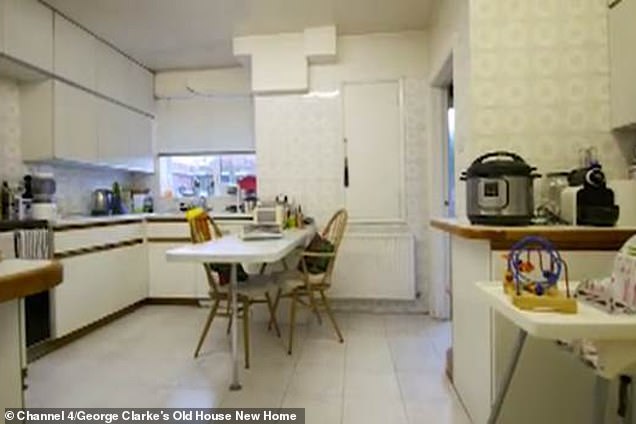 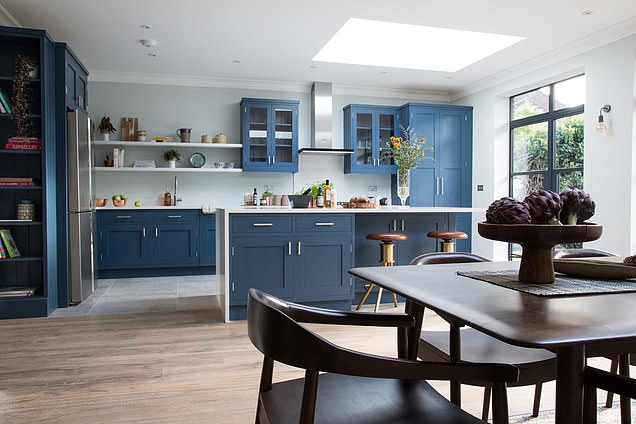 A couple splashed out £325,000 renovating their home. Above the kitchen on the left which had become very dated and on the right after, with a stunning new fitted kitchen 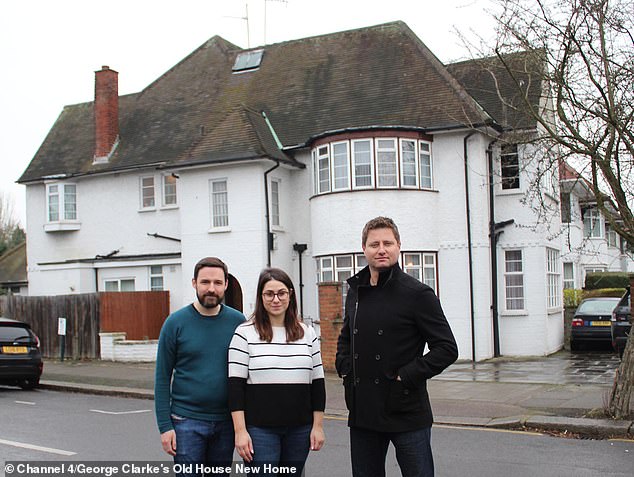 Architect and presenter George Clarke, right, helped Lauren and Chris come up with a house plan that will make the most of the property they have, knocking down walls and rebuilding their extension

The four-bedroom home had what the architect described as a confusing layout and a ‘mish-mash’ of décor that George encouraged the couple to rip out and start from scratch.

Attacking the wood-panelled hallway and front room, which previously served as a doctors’ surgery, George discovered that builders had cemented over the original staircase.

‘Why anybody would do that I have absolutely no idea. It’s ridiculous, it’s absolutely insane,’ he said.

The couple already had planning permission to tear down and rebuild their two-level extension; and George encouraged them to make their entire living area, dining room and kitchen all open plan to maximise space. 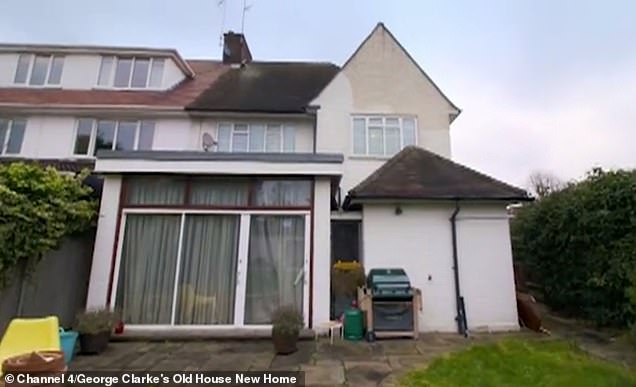 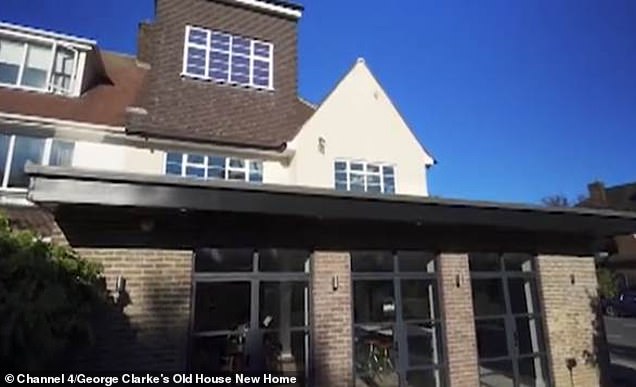 The house originally had two different extensions on two different levels, but after (right) the couple knocked them both down and made it level with one roof 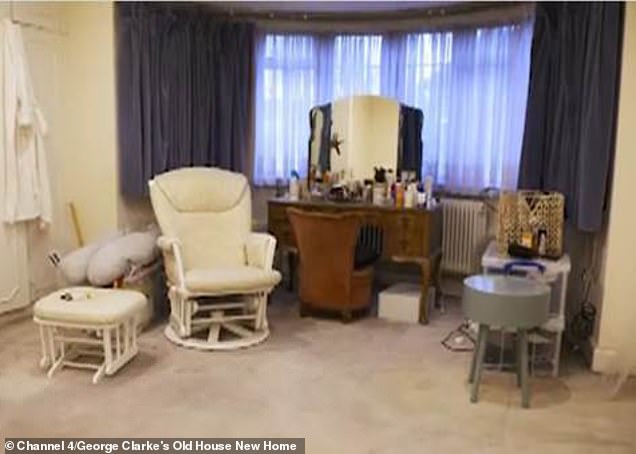 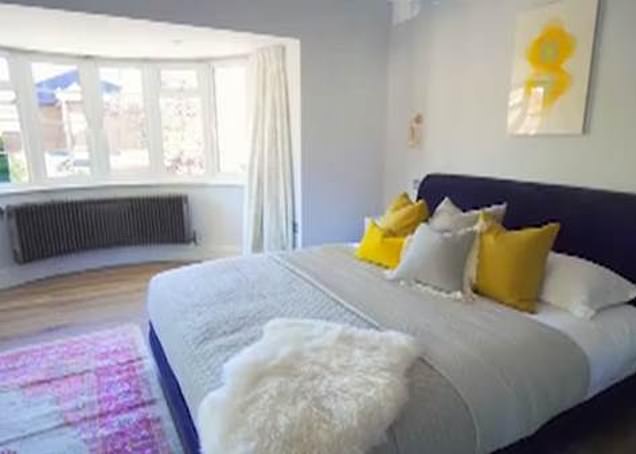 Originally the couple’s master bedroom (left) was dark and dingy, but with the renovation they knocked out the tiny en-suite bathroom that was squeezed into the alcove to introduce two bay windows 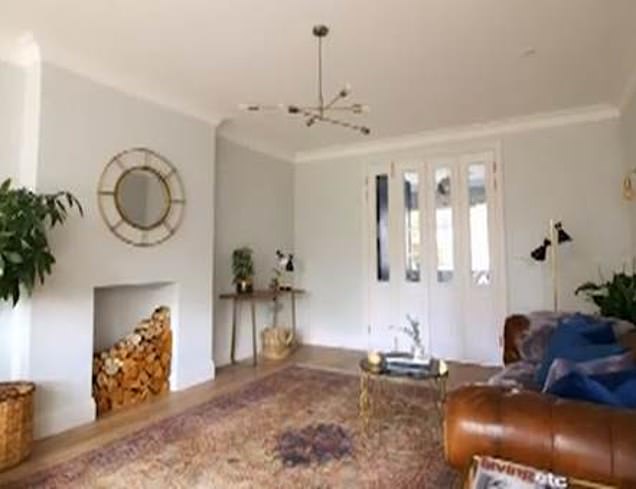 The layout of the ground floor meant that the space was confused, so George encouraged the pair to make it open plan with the living area before and after above 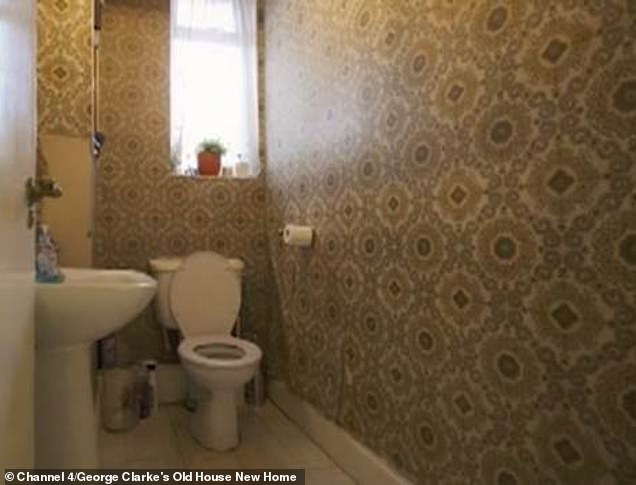 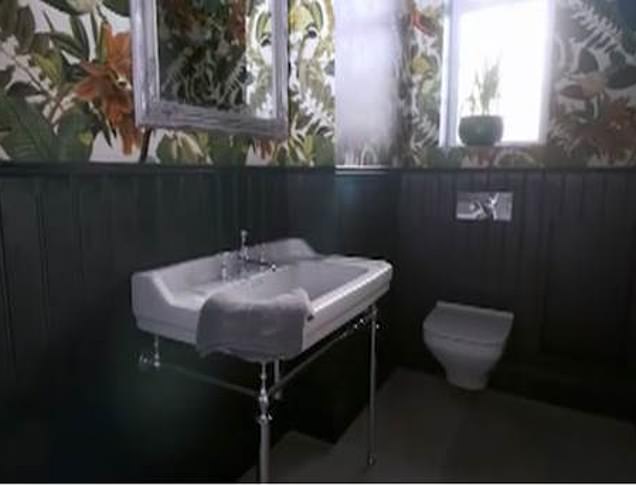 The ground floor had a very bizarrely wallpapered toilet. They kept the room but instead chose to add panelling that matched the hallway and add a floral pattern wallpaper 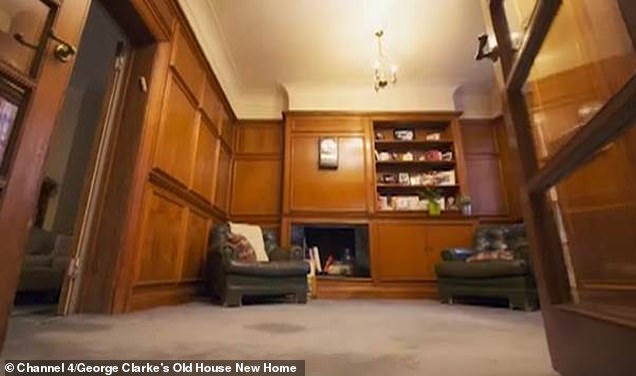 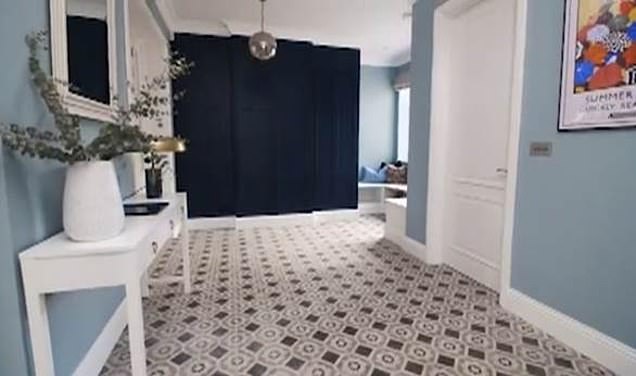 The entrance hallway and front room which had been covered in wooden panelling had been transformed. The couple opted for a cosy seated alcove and storage behind blue wooden panels

Originally the couple’s master bedroom was dark and dingy, but during the renovation they knocked out the tiny en-suite bathroom to make the most of two bay windows.

They used one of the four bedrooms and turned it into a luxurious en-suite with a walk-in shower, double sink and bath.

After knocking down the extensions and rebuilding them, they were able to extend the kitchen making use of the floor to ceiling height space by adding skylights.

The living space made an enormous open-plan L-shape which also led into an extra utility room. 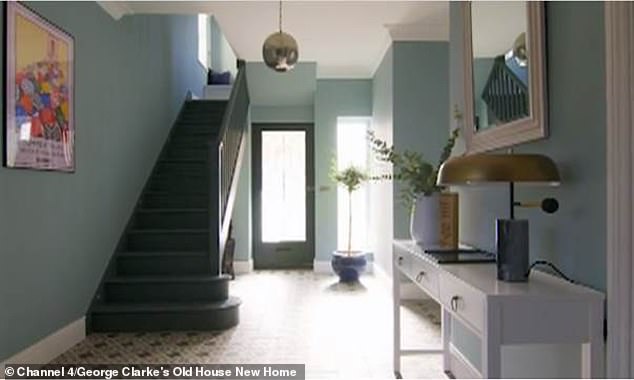 After the home makeover the hallway and staircase was transformed to become light and airy, reinstating a traditional staircase and adding geometric style tiles 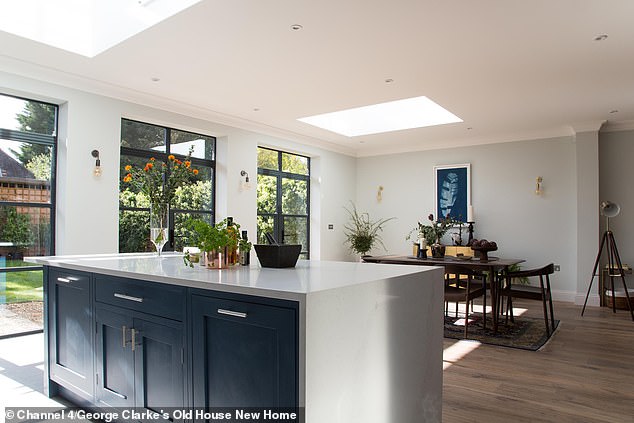 The kitchen was extended into the space where the former extensions were, with floor to ceiling glass doors placed to create extra light as well as two skylights 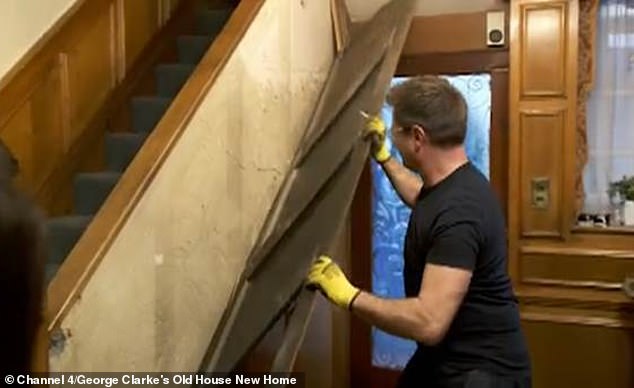 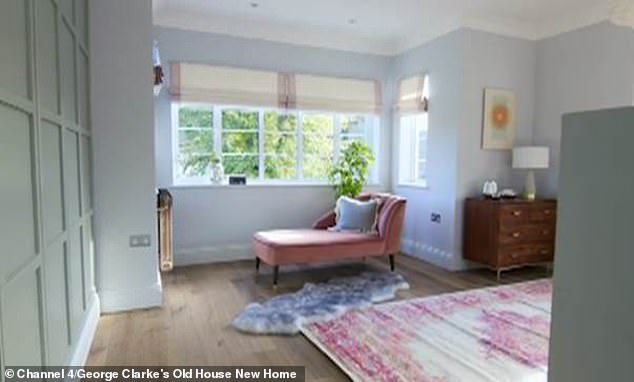 The previous master bedroom had a pokey en-suite built into the alcove, George advised the couple to rip this out and make their bedroom all one room 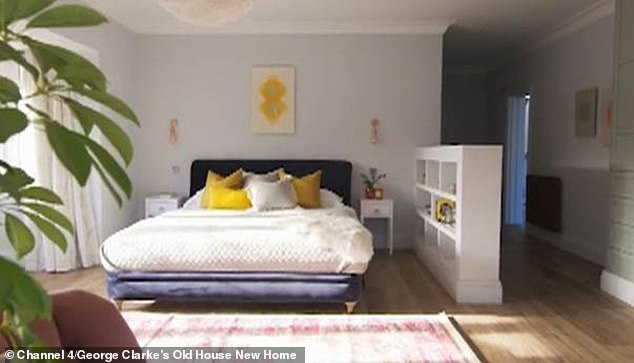 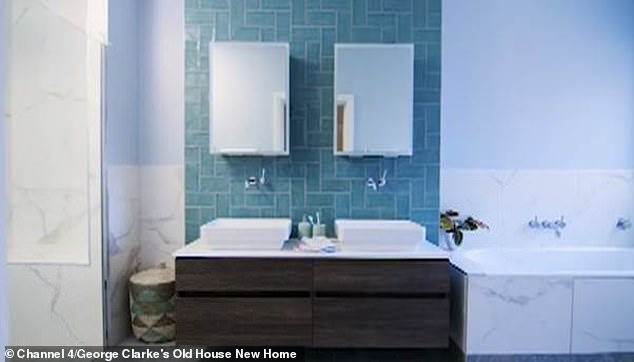 The new en-suite bathroom had a walk-in shower room, a double sink and a bath which used to be a bedroom. The couple plan to add two rooms in to the loft instead

The couple had originally set a budget for £325,000 but it reached £350,000 during the completion of the first and second floors.

They told presenter George when he came back to see the finished house, that they would likely spend more cash on finishing the extra two rooms they wanted to add to the loft space for the children they plan to have.

Lauren said: ‘We probably spent the best part of £350,000. It’s been amazing, it’s been so much fun to mould something and put so much of ourselves into this and I loved it.’