Chris Williamson was forced into a humiliating apology after he signed and shared a petition to allow Gilad Atzmon, who is also a jazz musician, to perform at a council venue. 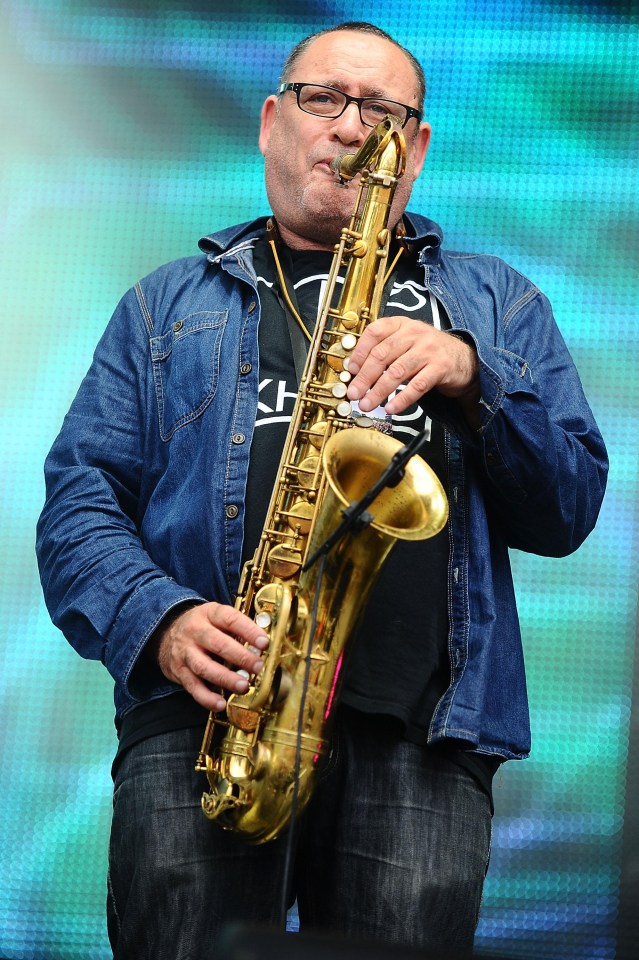 The MP for Derby North, who has been a staunch supporter of the Labour boss during the ongoing row over anti-Semitism, tweeted a petition asking the council to look again at the case.

But he was forced to say sorry when it was revealed he’s not just a member of a band but a known anti-Semite.

Gilad Atzmon has lickened the Israeli government’s policies to the Holocaust in the past, and doesn’t agree with legislation to stop Holocaust denial.

He’s said people should be able to air such views and has promoted the works of Holocaust deniers. 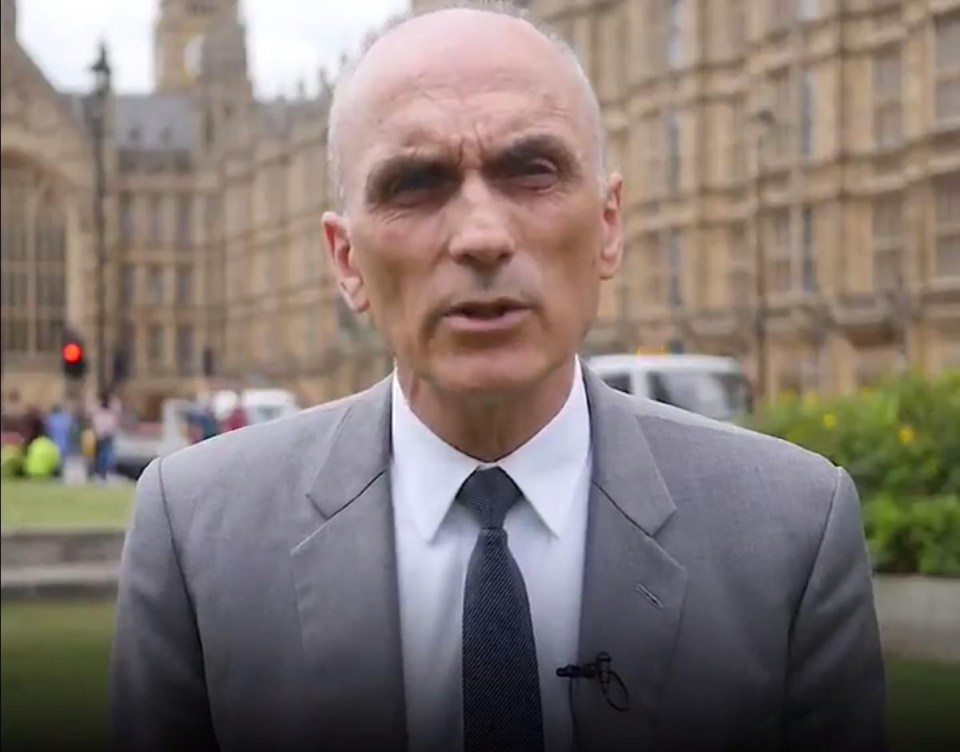 The Jewish Labour Movement called for him to be suspended from the party.

Chair of the group, Ivor Caplin said: “Gilad Atzmon is an anti-Semite. Chris Williamson is a jew baiter.

“Supporting Atzmon is baiting Jews. Chris Williamson has been doing this in the party for too long unchecked.”

And the Board of Deputies also called for Labour to withdraw the whip from him. 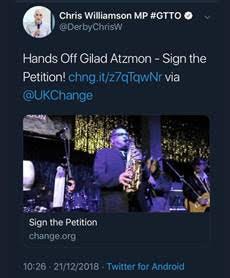 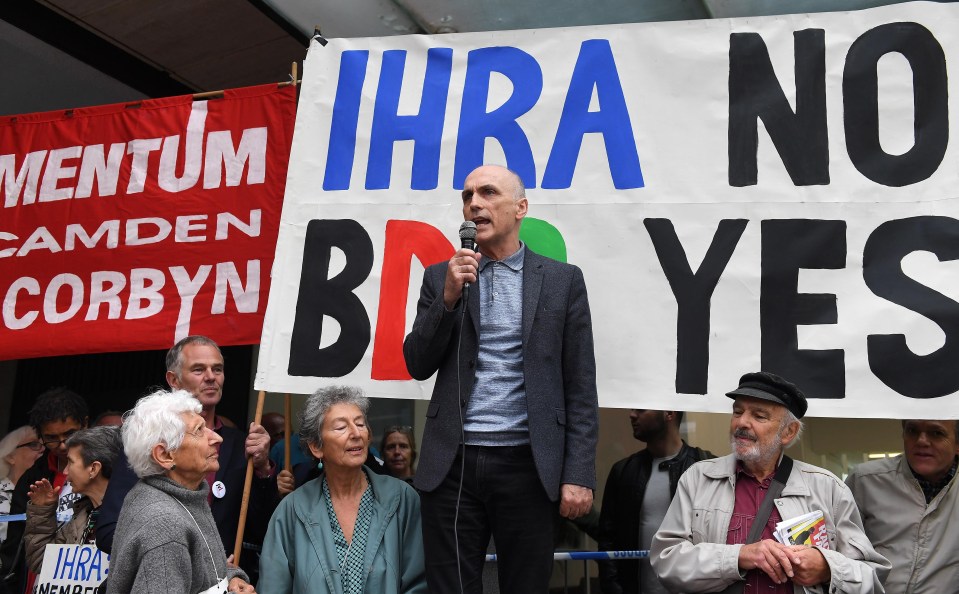 Mr Williamson said: “Earlier today I tweeted a petition about an Islington Council ban against the Blockheads performing with their chosen line up. The council has blocked jazz musician Gilad Atzmon from playing with the group.

“Since then I’ve learned that Atzmon, a former Israeli soldier, is not confined to the jazz world. I am told that in various blogs and in speeches he has adopted antisemitic language. I wasn’t aware of this until after I tweeted the petition.”

He deleted the tweet and apologised for any “distress or offence”.

But critics online were sceptical and pointed out he has defended people who have used anti-Semitic language or been accused of anti-Semitism in the past.

MOST READ IN POLITICS

One Twitter user said: “People would give benefit of the doubt if this was first offence.

“However, this apology feels disingenuous as this is not the first time you have defended someone who has used anti-Semitic language. Rather, is indicative of your continued treatment of British Jews.”
One said his local party should de-select him, and another added: “Too late, Chris. You’ve been exposed for your prejudice.”