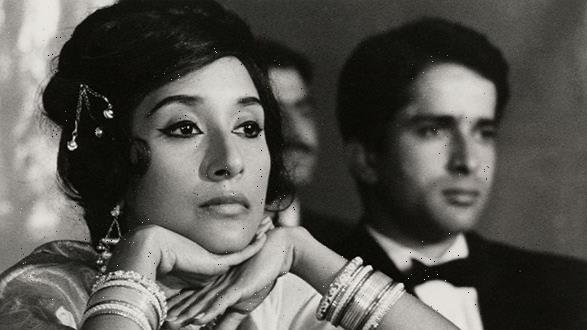 Cohen Film Collection is continuing its restorations of classic Merchant Ivory productions, among them 1963’s “The Householder,” the first film collaboration between Ismail Merchant and James Ivory.

The classics label of Cohen Media Group, Cohen Film Collection is lining up the restorations of four titles that also include the 1977 episodic romantic drama “Roseland,” with Teresa Wright and Christopher Walken, and two films directed by Merchant, “In Custody” (1994), featuring Shashi Kapoor, and “The Proprietor” (1996), starring Jeanne Moreau.

Tim Lanza, Cohen Film Collection vice president and archivist, says he chose “In Custody” – Merchant’s feature directorial debut — and “The Proprietor” in particular “because James Ivory was keen to have a rerelease of some of the films that were directed by Ismael Merchant himself.”

“The Householder” and “In Custody” are also among Merchant Ivory’s India-set films, which Lanza is likewise excited to reintroduce to audiences.

Cohen Film Collection acquired a number of the Merchant Ivory films and have already restored such titles as “Howards End,” “Maurice,” “Quartet,” “Heat and Dust” and “Shakespeare Wallah.”

The new titles “are less well known as something like, certainly ‘Howards End’ or ‘Maurice,’ so we’re looking forward to reintroducing those, and in particular the Indian films,” Lanza says.

The Merchant Ivory titles have continued to attract international interest due to their lasting appeal.

In addition to being a leading arthouse brand, Merchant Ivory films were characterized by “a tradition of quality, compelling stories, recognizable casts and great performances,” Lanza notes.

“What’s really interesting to me is that even though there is sort of the veneer of classic and big budget, they were really a kind of ragtag group of filmmakers, very much an independent spirit,” he adds, noting that Merchant would often be busy raising money for films that were already shooting.

“I think that’s a lesser known part of their story that is really fascinating to me.” While Merchant Ivory’s works appear very polished and staid, with regard to the production and stories, they were “a little more subversive than people give them credit for.”

Merchant had gifted the original film elements for most of the Merchant Ivory films to the George Eastman Museum in Rochester, New York, which will scan the original negatives for the new restorations.

The company still has 11 Merchant Ivory titles to restore, including the four currently in the works. Its most recently completed film, Simon Callow’s 1991 drama “The Ballad of the Sad Café,” hit theaters this year and will soon be released on Blu-ray and streaming platforms.

Also set for home video release this year is Patrice Leconte’s 1989 film “Monsieur Hire,” scheduled for Oct. 25. Cohen Film Collection will also be releasing two other Leconte films that were not widely released in the U.S., “Felix and Lola” (2001) and “Love Street” (2002).

From its partnership with Studiocanal, the company is also releasing Diane Kurys’ French drama “Entre Nous” (1983) and Reinhard Hauff’ 1978 German film “Knife in the Head,” with Bruno Ganz. The latter is “a film that has been unavailable here for decades,” Lanza notes.