The BBC destroyed me: Sir Cliff Richard, 78, hits out at corporation for using helicopter to broadcast a police raid on his home and describes the moment he found out

Sir Cliff Richard has said the BBC ‘destroyed’ him for two years after it broadcast a police raid on his home following allegations of child sex abuse.

The BBC named the singer as the subject of the police investigation – which was dropped two years later.

Speaking about the ordeal in a TV interview, Sir Cliff said: ‘I’ve had four terrible years and it was horrific.

‘My best quote is that I can say that I would never wish that on my worst enemy. It was tumultuous, horrific, emotionally draining, traumatic… It felt like I was in thick mud, I can’t describe it any better. 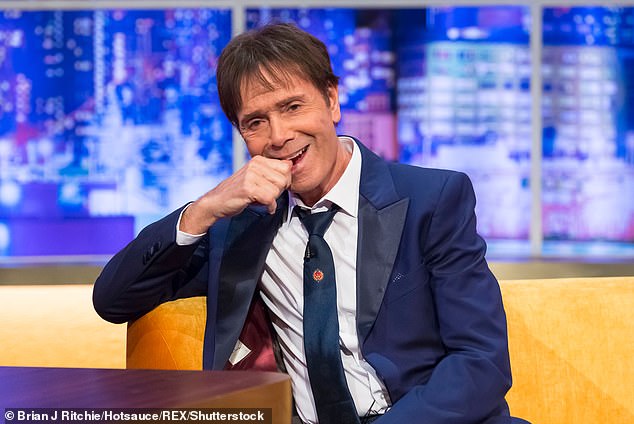 The High Court ruled that the BBC should not have named Sir Cliff and awarded him £210,000 damages and £850,000 in costs for a ‘very serious’ invasion of privacy 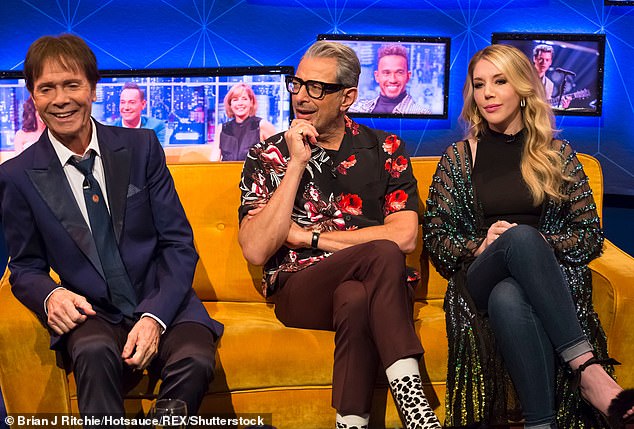 The star, who has had 14 UK number ones over his 60-year career, described the moment he discovered police were at his Berkshire home as ‘heartbreaking’.

‘I was at my house in Portugal and my sister and a couple of friends were going north of us to a vineyard’, he said. 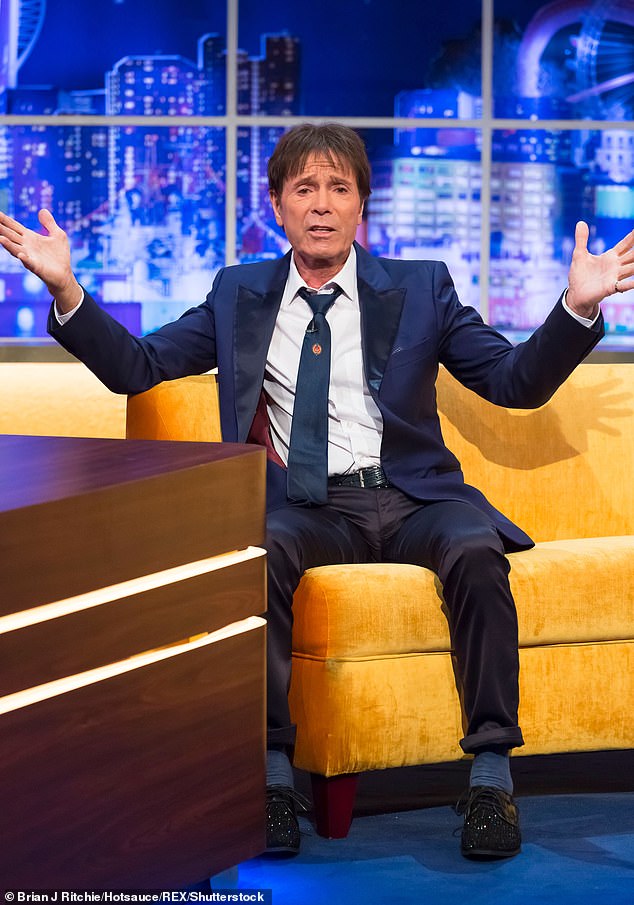 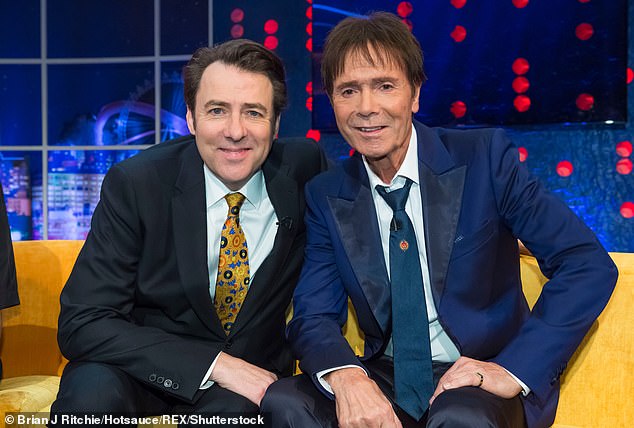 Cliff Richard, right, describes his ordeal on the Jonathan Ross Show to host Ross, left. The BBC named Richard as the subject of the investigation, which was dropped two years later without him being arrested or charged

‘We were leaving at 10, at five to 10 my phone rang and it was the management from my apartment block saying, “The Police are here and they are outside your door and they want us to let them in.” And I said, “If they have a warrant, you can’t stop them, you have to let them in.”

‘And anyway, the door was really good and I didn’t want them to break it down. I saw all that later, the helicopters [and footage taken by the BBC]… it was very intrusive and it’s hard to explain to people what it feels like.

‘I only went back to that apartment once, to collect my clothes. It was worse than being burgled… In the end it was just heartbreaking for me that anyone would even think it possible for that accusation to be true… There was no substance to it and that’s what makes it so ugly for me.

‘What the BBC did, in a way I feel – and I think it was judged at – it was unlawful. The only thing that anybody knew, and I knew, was that there had been an accusation. There had been no investigation yet. It was very unfair. 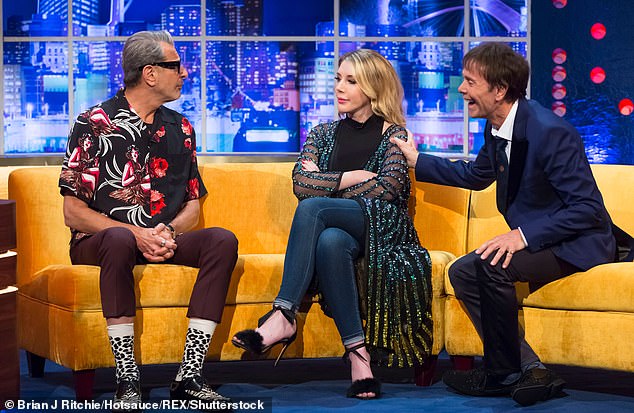 He added: ‘I can understand someone saying, “Well we didn’t know whether he was guilty or not.”

‘Well if you don’t know, you shouldn’t say anything. If you knew I was guilty then of course say something.’ Sir Cliff said the ‘lowest point’ in his life were the days that followed the initial raid. He said he was ‘weeping’ on the floor, unable to stand up, as journalists surrounded his Portugal retreat.

He said: ‘That night I was in the kitchen of my house, the press were on three different gateways and that was the lowest moment of my life.

‘I have to say, it does sound dramatic and if they do make a movie, I’ll tell them what happened. I suddenly found that I couldn’t stand up and I fell on to the floor and I was weeping and again the first thought was that I was in this hole and how was I going to get out of this? Anybody could say anything about anybody and you never know until it’s passed in court whether they are guilty or not. 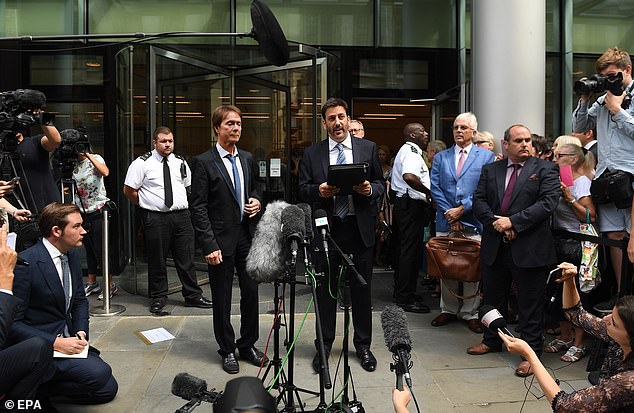 Sir Cliff Richard says the BBC ‘destroyed’ him by screening a police raid on his home amid historical child sex abuse claims. Sir Richard was awarded £210,000 in damages in his privacy battle. Sir Cliff, 78, said: ‘I’ve had four terrible years and it was horrific’

‘So that was the lowest moment and fortunately I had a couple of friends staying with me and one of them walked into the kitchen and he got me up and said, “Look you didn’t do this. You can get through this.”

‘But that moment there is what I’ll remember as being the lowest part.’

Earlier this year High Court judge Mr Justice Mann ruled that the BBC should not have named the star in its reporting and awarded him £210,000 in damages and £850,000 in costs after a court for a ‘very serious’ invasion of privacy

Discussing the response from the BBC, Sir Cliff said: ‘It’s funny because right at the beginning, I only asked for an apology.

We needn’t have gone through all of this money that both of us groups spent if they had just apologised but they were not going to apologise and I can only believe that that was arrogance on their part, somebody made a big mistake up there. ‘No heads have rolled of course. For me it was a matter of getting the apology.’

‘You see, what good that’s come out of it is that I know now that that was never going to break me down’.

The full interview can be seen on The Jonathan Ross Show on Saturday November 17 at 9.40pm. 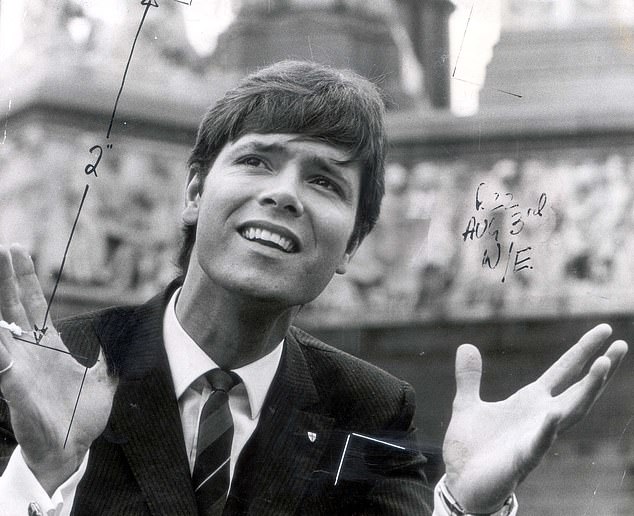