“We were in a nicer neighborhood at night, driving slowly, looking for John’s godmother’s home. These two guys were in a pickup truck slowly tailing us, flashing their lights and trying to speak to us,” Teigen, 34, recently told Marie Claire. “When we pulled over, they were like, ‘What are you guys looking for?’ and we gave them the address.

“They literally said, ‘Get your asses out of here!’ and proceeded to follow us all the way into her driveway. They got out of the car and stared at us as we knocked on the door and went inside. It was a terrible, scary experience.”

She continued through tears, “That was my first taste of seeing what happens to Black men everyday. It was horrifying and could have gone wrong so quickly.”

The “Cravings” author noted that while she was shaken from the whole thing, Legend, 41, was unfazed.

“I was sobbing afterward for hours, and I noticed John wasn’t emotional about it,” she said. “Seeing that he wasn’t very thrown by it was really upsetting because he obviously had experienced it before.”

Teigen — who shares Luna, 4, and Miles, 2, and has another on the way with husband John Legend — also opened up about raising black children. 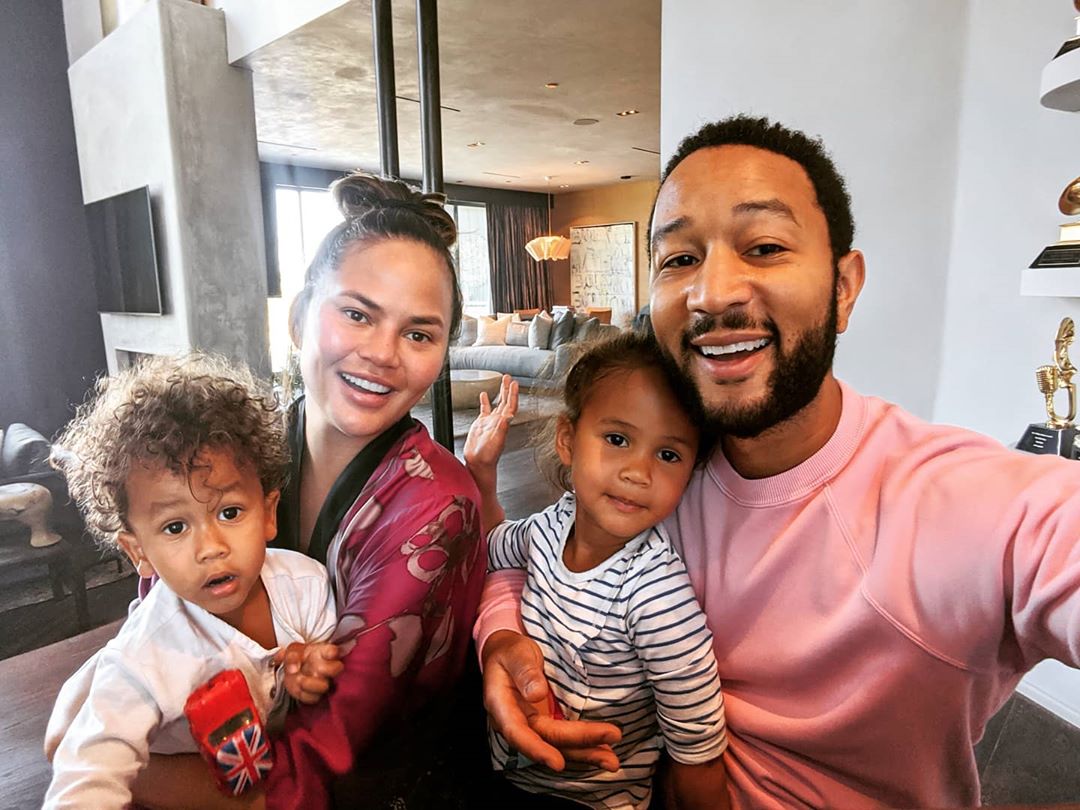 “There are books that I read when I became a mom that would explain to them hard and traumatic situations,” Teigen said. “But it’s really hard to teach them about their privilege; there are no books for that.”

But she added that their privilege won’t protect her children from experiencing racism.

“Regardless of money or status, they’re always going to have their skin color,” she said.

She added that she’ll definitely turn to Legend when things get tough.

“When it comes to them being treated differently because of the color of their skin, I’m going to look to John for a lot of help with that because while they are Asian and white too, their skin color is Black,” she said, adding, “We just try to talk to them like little adults, saying it in words they’ll understand, making it known that it’s very serious, and letting them ask as many questions as they need.”

The queen of Twitter confirmed that, on the advice of her therapist, she has taken a step back from posting to social media for mental health reasons, but stressed the importance of continuing to speaking out against racism in America for her family.

“Part of me right now knows this is not the right time to go silent. It does feel very selfish and weird to say that my mental health is important when there are people being murdered by police and murdered in their own homes,” she said. “Who gives a f–k about someone making fun of me when people’s livelihoods are being threatened just for telling their stories? I have Black children, so is it really the right time to not want to step on anyone’s toes?”

Earlier this month, Teigen confirmed she and Legend are expecting their third child together.

09/08/2020 lifestyle Comments Off on Chrissy Teigen recalls ‘terrible, scary experience’ with racism
Recent Posts
We and our partners use cookies on this site to improve our service, perform analytics, personalize advertising, measure advertising performance, and remember website preferences.Ok