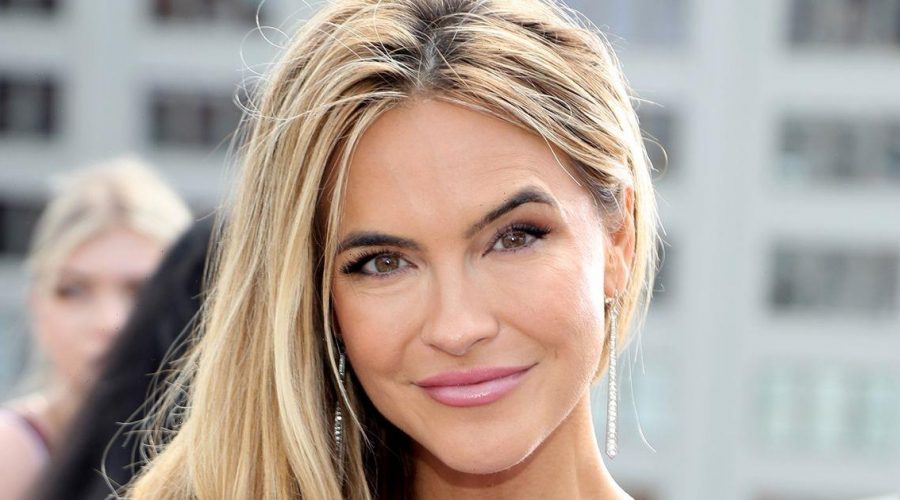 The Selling Sunset reunion episode has finally dropped today and boy, are we excited. If you haven’t binged the entire fifth season on Netflix yet and so if you don’t want any hint of a spoiler, look away now.

Hosted by Queer Eye’s Tan France in a fun mash-up of popular Netflix series, the Oppenheim Group realtors are discussing everything from Chrishell and Jason’s (now finished) relationship to the dramas with newcomer Chelsea – while Christine Quinn is notably absent.

But let’s not give too much away. On a beauty level it’s Chrishell Stause’s hair that really caught our attention, as she’s ditched the lengthy tresses she sported on season five and got herself a cool middy haircut just before filming the reunion ep.

The 40 year old’s hair now falls just past her shoulders rather than being the cascading tresses we’re used to seeing. It also seems a little cooler and darker compared with the more vibrant blonde style we got used to seeing on our TV screens. In the days leading up to the reunion episode, the star unveiled her fresh cut to her 3.3 million Instagram followers with a grid post, much to their delight. "Did a little chop yesterday for the #SellingSunset reunion. LOVE IT!!" She captioned the Reel showing off her new 'do, also tagging her hairstylist Bradley Leake.

Considering we’ve been used to seeing Chrishell with super long hair almost constantly since the very first season of Selling Sunset aired back in 2019, it’s no surprise that people were quick to heap praise on her for this chic hair move.

"GORGEOUS! Love this hair length on you!!" one follower excitedly wrote in the comments section, as another agreed, “I really like your hair shorter!!!!”

Meanwhile a third chimed in with, “Loving the new season and your hair is divine” as a fourth enthused, “Eeeek so so beautiful and cannot wait for the reunion.”

We may have only seen her with lighter toned hair on the show but Chrishell actually changed things up big time at the end of last year, switching to a striking dark brunette in December.

What’s more, we’ve also seen her sport a chic full fringe on the red carpet in the lead up to the show’s fifth season premiering on Netflix.

At this point we’d venture that Chrishell suits absolutely any hair colour and style under the sun. Now if you need us, we’ll be over here waiting Selling Sunset seasons six.

For all the latest celebrity news including their hair and makeup secrets, sign up to the OK! Daily Newsletters now