That may look like Thor and Valkyrie, but it’s really Chris Hemsworth and Tessa Thompson’s latest crime-fighting duo! The Thor: Ragnarok costars reunite in the upcoming film Men in Black International, and the first trailer for the flick is loads of fun.

The nearly three-minute tease was released on Thursday, December 20, giving fans of the Will Smith and Tommy Lee Jones franchise — and those who have never seen the reboot’s predecessors — their first glimpse at what appears to be a hilarious, female-centered retelling of the original.

“It took me 20 years to find you. How many people can say that?” Thompson’s Agent M tells Emma Thompson’s character, Agent O, as the trailer opens. “You are the best kept secret in the universe, and I found you, which makes me perfect for this job.” 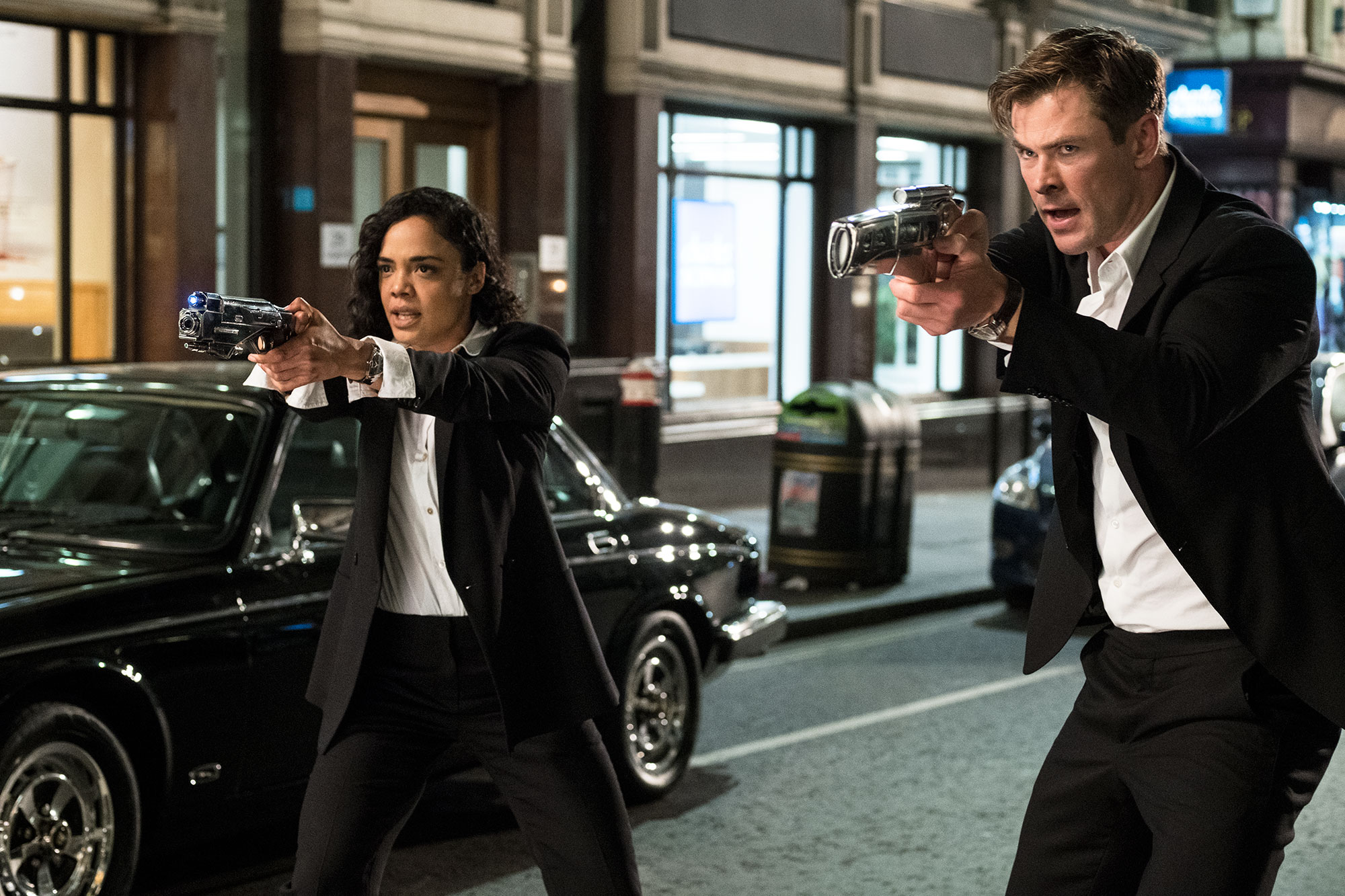 O counters: “You really think a black suit is going to solve all your problems?”

Liam Neeson’s yet-to-be-announced character describes Hemsworth’s Agent H as “one of the best ever to wear this suit,” as he introduces M to her new partner. While H immediately shows off his combat-ready fighting skills, he also comes off as a bit of a slacker, strolling off to lunch at 9:30 a.m. after being woken from a nap.

Tessa and Hemsworth, both 35, take on aliens, travel the globe, defy gravity, shoot really big guns and erase memories throughout the trailer.

The action is reminiscent of the pair’s onscreen alliance in 2017’s Thor: Ragnarok. After getting off on the wrong foot, the duo teamed up to escape from a distant planet and to try to save the Avenger’s home of Asgard.

Men in Black International will be released on June 14, 2019.

12/20/2018 lifestyle Comments Off on Chris Hemsworth, Tessa Thompson Up to Old Hijinks in ‘Men in Black’ Trailer
Recent Posts