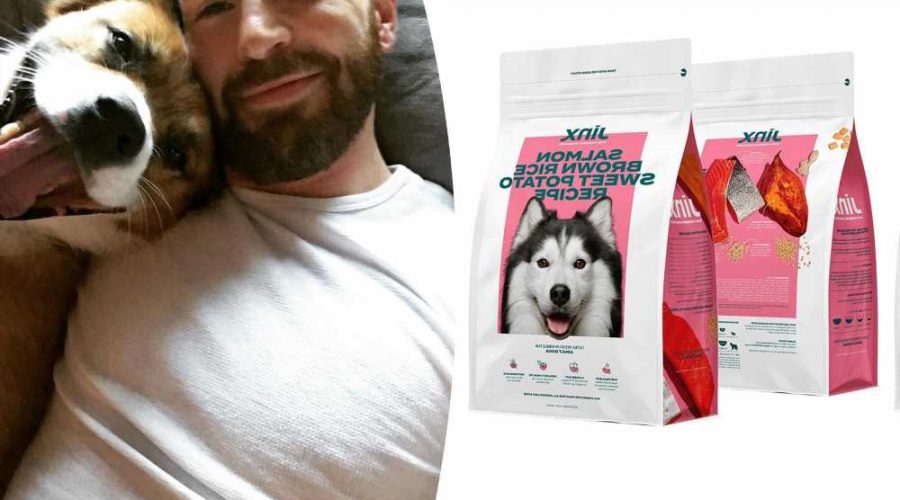 Celebrity investing is going to the dogs.

The company, Jinx, sells kibble, dental chews and other treats containing ingredients such as real animal protein, probiotics and “natural superfoods,” according to its website.

It launched in 2020 and is sold at Petco, Target and even Bloomingdale’s.

Evans rescued his pooch, a boxer mix named Dodger, in 2017 and has become known for posting adorable pics of him on Instagram.

The “Captain America” actor has even said he joined the social media app just to share pup photos, telling Jimmy Fallon, “I had too many good pictures of my dog. I was like, they’re being wasted in my phone. I need to put these somewhere.”

Noah, who has talked about having two rescue pups growing up named Panther and Fufi, has done a lot with “The Daily Show” to help four-legged pals, including putting out a line of merchandise to raise money for the Best Friends Animal Society.

Beckham Jr., meanwhile, reportedly has four dogs: Mowgli, Khan, Eris and Blackjack. He has said, “My love for dogs is simple. They’re there for your ups and downs, no matter what.”

In 2019, the “Black Panther” actor put up puppies for adoption to benefit PAWS, the Prisoners Assisting Warrior Services program, which has inmates at Louisiana State Penitentiary at Angola training dogs to help veterans.

The new investors are in good company. Other A-listers who have ponied up funds in the healthy dog food brand include Will Smith, Halsey, Nas, Michael Strahan and Zachary Quinto.