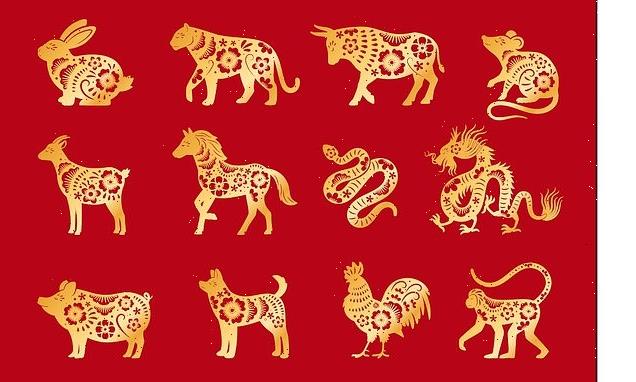 What will the Year of the Tiger bring YOU? Chinese zodiac expert reveals what’s in store for each sign – from the Pig finding love to the Horse taking on a leadership role

The Lunar New Year starts tomorrow and with it comes the start of the Year of the Tiger – one of the 12 signs of the Chinese zodiac.

Unlike Western astrology, each sign of the Chinese zodiac ‘rules’ over an entire year, bringing with it particular energy to everything that occurs over the next 12 months.

‘The water Tiger has the good fortune to have the support of Heaven as his water comes directly from the source and is full of good intention in its support of the Tiger’s ambitions for 2022,’ explained Kay Tom, a Leicester-based master in feng shui and horoscopes at The Energy Specialist. 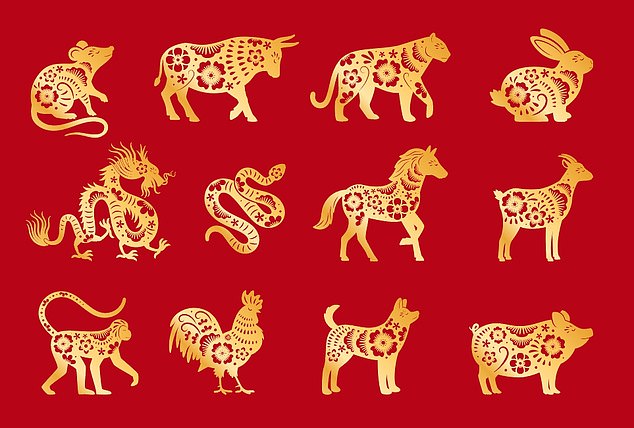 Chinese New Year will mark the start of the Year of the Tiger – one of the 12 signs of the Chinese zodiac. Pictured, all 12 signs: the Rat, the Ox, the Tiger, the Rabbit, the Dragon, the Snake, the Horse, the Sheep (or Goat), the Monkey, the Rooster, the Dog and the Pig

Speaking to Femail, Kay revealed exactly what the next 12 months holds in store for each of the 12 signs of the zodiac.

It is worth remembering that unlike the Roman calendar new year, the lunar new year changes, although it usually falls between January 21 and February 20. This year it falls on February 1.

This means that those born in the early part of the calendar year are actually assigned the Chinese zodiac of the previous year.

Scroll down to read Kay’s predictions… 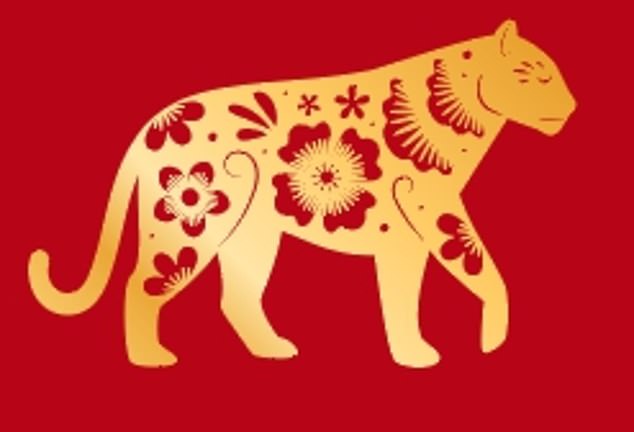 The time is now as far as the Tiger is concerned, grab the opportunities that come your way or miss them as there is no time for procrastination

Unlike Western astrology, each sign of the Chinese zodiac lasts for a whole year and each year takes the name of an animal whose characteristics colour and influence everything that happens for the next 12 months.

It is worth remembering that unlike the Roman calendar new year, the lunar new year changes, although it usually falls between January 21 and February 20.

This means that those born in the early part of the calendar year are actually assigned the Chinese zodiac of the previous year.

The Tiger is also an active player and has the wellbeing of the people firmly set in his sight hence he will hit the ground running each day in his endeavour to achieve his goals.

This is the Form the Tiger is setting for 2022 and the people will follow his lead as a consequence.

It is a known fact that first impressions count so cease the opportunity to join the Tiger’s enthusiasm or miss out, for the water Tiger has webbed feet that enable him to ride the rapids and negotiate the challenges with no time to spare for looking back or to pick up straddlers.

The time is now as far as the Tiger is concerned, grab the opportunities that come your way or miss them as there is no time for procrastination. It is wise to remember that opportunities rarely present themselves twice.

The Tiger represents the direction of Northeast and the month of February, both of these aspects supporting new beginnings. The northeast is where the sun begins its journey of the new day and although it is not yet showing above the horizon the adventure has begun.

The month of February marks the beginning of spring in the Chinese calendar and is also the month of the Tiger, bringing a double impact of the Tigers energy with which to launch his intentions for the New Year.

The northeast is where the leader of the year sits making it important to respect this area of your property. To block the northeast with heavy furniture or a cluttered garage for example will be to prevent your projects taking off. Construction and buildings extensions in the northeast also need careful consideration for to break the ground and disturb the leader is to curtail any progress the project may have made. The best policy is to keep the area light and bright, well maintained and fit for a king.

The Rabbit represents the direction of East and the month of March.

The Rabbit is a next door neighbour of the Tiger and understands his energy.

The Rabbit represents intelligence, education and growth all of which will be encouraged by the Tiger and new ideas will be born out of this progressive energy.

This can cause some frustration for the Rabbit in the early part of the year as he is full of bright ideas, but patience is needed as the month of March is still cold and the energy slow to develop. 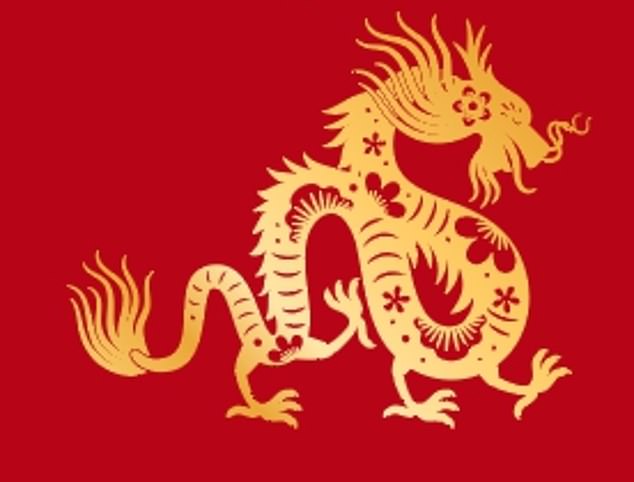 The Dragon is businesslike and on the lookout for potential opportunities. This year, the Dragon will have to lead others

The Dragon has the reputation of an entrepreneur and this one has an influence on aspects of the Tiger’s finances.

This will be more about raising money from sponsors or similar sources rather than offering direction in earning the money.

The Dragon likes a challenge and as an entrepreneur he knows how to turn a difficult situation round.

He is loyal to the Tiger and will earn the respect of the leader in doing so. 2022 is a responsible year for the Dragon.

The Snake is an independent character, and nothing changes in 2022. He is happy for the Tiger to take the reins and lead from the front while he gets on with his own thing. The focus is on his career and new opportunities and new beginnings are there to be had.

Caution is needed with the financial markets in May with a particular emphasis on metal commodities as the markets are volatile this month. Situations can expand very quickly this month.

The Horse represents the direction of South and the month of June.

The Horse is a vital component in the Tiger’s team as he carries the weight of responsibility in guiding the Tiger towards his goals.

The Horse is sitting in the seat of power in 2022 and will rise to the challenge in the leadership stakes.

There is the pressure that responsibility brings, and care needs to be taken to ensure the balance between work and play is maintained in order to avoid health issues.

This is particularly important in the month of June.

The Sheep has a loyalty to the Tiger in that he is always there to watch his back. He is not an active player in the Tiger’s team but nevertheless makes an important contribution in terms of ensuring the Tiger learns to say NO on occasions.

The Sheep in mindful of the Tiger’s finances as well as his wellbeing and is a valuable ally to have. 2022 will see the Sheep concerning himself with the wellbeing of others including keeping a careful eye on the family purse and family budget. 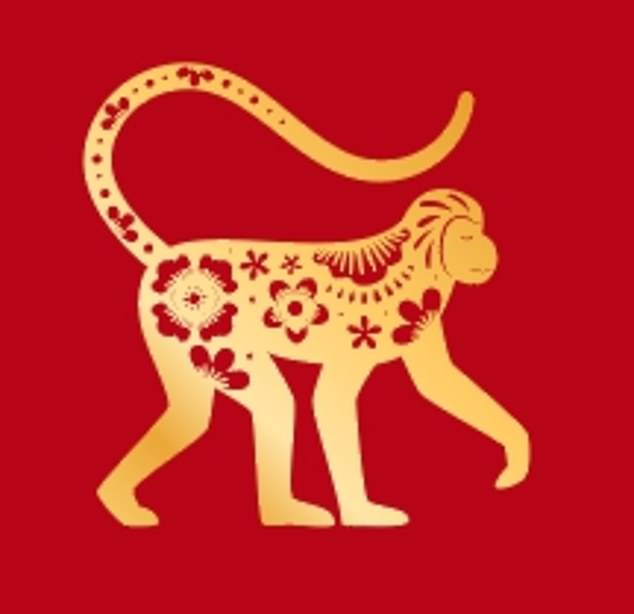 The Monkey is a sociable sort, dedicated to taking care of their health. The Monkey’s endeavours will be successful this year

The Monkey is busier than ever in 2022 with lots of travel, especially in groups, on the cards. He represents the future prospects of the Tiger and is making health issues a priority.

August holds a vulnerability to sickness, especially in central regions or the centre of the home and the Monkey is determined to make a contribution in finding a solution.

The Rooster holds the responsibility of channeling the power to the leader in order for him to keep a clear mind and to make informed decisions. Happily, the Rooster is sitting in a strong position that gives him support in his role. 2022 is a year for the Rooster to take on consultancy roles and to share his wisdom and experience for the benefit of others.

The Dog is the animal to come up with the bright ideas in 2022. This will be at his own expense to some degree as any planning takes time and commitment making him less social in order to apply himself to the task in hand.

It isn’t a lonely place for the Dog to be in as there is a lot of satisfaction and fulfillment in the experience, and he enjoys the work.

The truth of the matter is the Tiger needs his support and considers the Dog a vital player on his team so even though the Dog is not too keen on being in the spotlight 2022 is a year for him to shine.

The Pig is the romantic partner of the Tiger bringing love energy to this animal, the direction of Northwest and the month of November.

Life is about finding the balance and the love energy plays a very important role in that.

There is an expression that says, ‘Love Conquers All’ and for sure we feel taller and more energetic when the love energy is in the air.

The Pig will feel more ambitious and more confident as a consequence in 2022.

The Tiger is not asking anything of the Rat in 2022. In fact, the Rat represents health and support to the Tiger, but he prefers the Rat to rest in 2022 as the Tiger has more than enough support from other animals that have been less active in the past than the Rat.

2022 is a year for consolidation for the Rat, for a focus on health and fitness and a good diet and for putting himself first as the tendency for the loyal Rat is to think of others at his own expense.

Major decisions and purchases such as a house move also need to be put on hold this year. The direction of north is therefore also quiet and is not good for investment, especially in the water industry.

The Ox is a good neighbour of the Tiger and consequently has a strong connection.

The Ox’s focus is to keep a watchful eye on the security of the Tiger’s finances and to offer guidance on getting things into perspective when it is needed.

The role of the Ox in 2022 is one of careful planning and control of the family budget that will bring more stability and order to his life.