Charles Weldon, an actor and director who led the New York theater troupe the Negro Ensemble Company for the past 13 years, died on Dec. 7 in Manhattan. He was 78.

The theater company said the cause was lung cancer.

After a brief career as a singer, Mr. Weldon turned to acting in the late 1960s and found quick success, landing on Broadway in 1969 in “Buck White,” a musical that starred Muhammad Ali as a black militant leader.

That show closed after seven performances, but it started Mr. Weldon on a career in New York that included roles in a string of Negro Ensemble Company productions. In 1973 he was part of the Broadway cast of “The River Niger,” an Ensemble show written by Joseph A. Walker that won the Tony Award for best play.

Yet Mr. Weldon’s path was not without obstacles and detours. In the 1980s, a reckless lifestyle and personal trauma derailed his career for a time; from 1986 to 1989 he went back to the work he had done as a young man, long-haul trucking.

That experience helped him refocus — “I didn’t go off and drive a truck because I wanted to be saved, but it saved me,” he told The Denver Post in 2010 — and he resumed acting and directing, continuing to work until his death.

His last stage role was in 2016, in a 50th-anniversary production of “Day of Absence,” a play by Douglas Turner Ward, a founder of the Negro Ensemble Company, which was created in 1967 to promote works by black theater artists.

“I call myself the accidental actor,” Mr. Weldon said that year in an interview for the Primary Stages Off Broadway Oral History Project. “I never had any idea I’d be doing this. I really didn’t. I wanted to be, like, a cabinetmaker.”

Charles Weldon was born on June 1, 1940, in Wetumka, Okla. His parents, Beatrice (Jennings) and Roosevelt Weldon, were farm workers, and when he was a year old they moved the family to Bakersfield, Calif., following farm work. Charles worked in the cotton fields near Bakersfield into his teens. 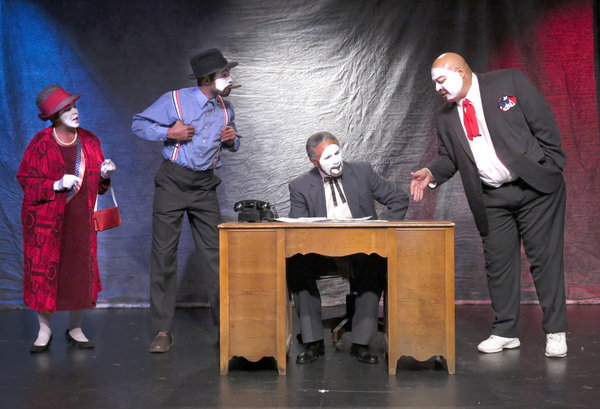 He joined with several other local teenagers to form the Paradons, a doo-wop group, and in 1960 a song they recorded, “Diamonds and Pearls,” became a modest hit.

The group, unable to recapture that lightning in a bottle, disbanded. Mr. Weldon then held an assortment of jobs, including driving a diesel truck, an experience he would fall back on later.

After a time a musician he had met in Bakersfield called from Colorado offering him a job with a soul group, Blues for Sale. He sang around the United States with the group for several years.

By the time he left Blues for Sale, his sister, the actress Ann Weldon, was working with the American Conservatory Theater in San Francisco. He went there.

“I used to borrow her car sometimes,” he told the website StageBuddy in 2013, “and I’d have to pick her up, and she would be in rehearsals for all these plays, and I use to sit there and wait for her, but I never thought about being an actor — just waiting to give her car back.”

Yet one thing led to another. He auditioned for “Big Time Buck White,” the play that would be turned into the Broadway musical “Buck White.” He didn’t get the part, but he was given work as an understudy and running lights. Oscar Brown Jr. was doing music for the play and would adapt it into the Broadway version.

Mr. Weldon’s work in the show drew a favorable mention from Clive Barnes in The New York Times.

Though “Buck White” had only a short run, it got him some auditions.

“I ended up in a play called ‘Do Your Own Thing,’ ” he said in a 1977 interview with The Times. “I hated it. But we were playing across the street from the Negro Ensemble Company.”

He was soon appearing in that company’s productions, and by 1977 he was playing the title character, a bootlegger, in its revival of “The Great MacDaddy,” a musical survey of a century of African-American history that the company had first staged in 1974.

“The new MacDaddy,” Mr. Barnes wrote in his review in The Times, “humorous and resourceful, is Charles Weldon, who strides through the play resplendent in his white suit, carrying his juju stick with charm and courage.”

Mr. Weldon was also beginning to get television and film work as the 1970s progressed. He appeared in episodes of “Police Story,” “Kojak” and other series, and continued to play TV roles occasionally for the rest of his career.

He was also in “Stir Crazy,” the 1980 Richard Pryor-Gene Wilder movie, and, he said later, sometimes traveled in Mr. Pryor’s hard-living circles — “a crazy time,” as he put it, one that affected his work and his personal life. The death of his friend and fellow actor Adolph Caesar in 1986 — he had a heart attack at 52 — knocked Mr. Weldon even further off course, and the return to truck driving followed.

Years later, when he was with the Denver Center Theater Company, he would draw on his trucker experiences to create, with Randal Myler and Dan Wheetman, a revue called “Mama Hated Diesel,” which centered on stories and songs about truckers. When the show had its premiere in 2010, he was also a member of the ensemble.

Other later roles included Hedley, the Bible-quoting ranter, in August Wilson’s “Seven Guitars,” which he played in a revival by the Signature Theater Company in Manhattan in 2006.

“Mr. Weldon’s underplaying of Hedley, if ungainly at times, is a welcome relief from the usual barnstorming associated with such characters,” Ben Brantley wrote in his review in The Times.

He became artistic director of the Negro Ensemble Company in 2005.

The company’s announcement said Mr. Weldon is survived by three children and 10 grandchildren.

The Negro Ensemble Company has sometimes struggled since the glory days of “The River Niger” and “A Soldier’s Play,” its 1981 hit. But in 2013 Mr. Weldon said one thing that kept him going was when young theater aspirants came into his office, filled with photographs of actors who had worked with the company.

“They’ll see all the pictures and see all the people that came through this place at one time,” he said, “and I’ll say: ‘Oh. That’s why I’m doing it.’ ”

12/22/2018 lifestyle Comments Off on Charles Weldon, Who Led the Negro Ensemble Company, Dies at 78
Recent Posts