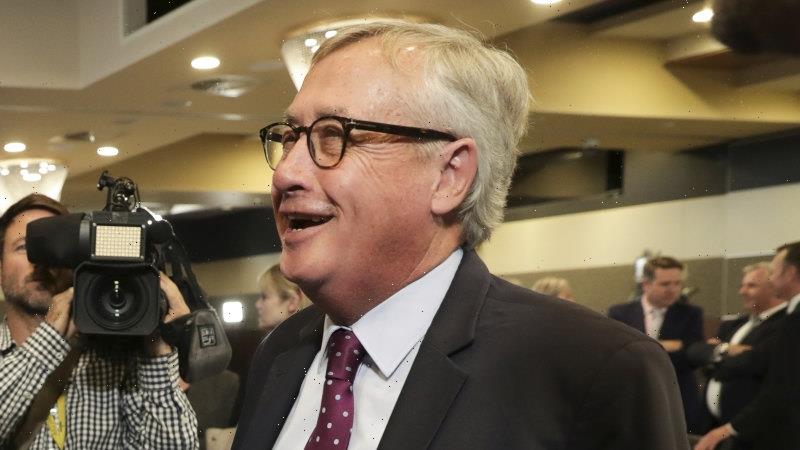 The construction union has slammed Wayne Swan’s appointment as chair of the sector’s $65 billion superannuation fund Cbus as an insult to workers and questioned whether it poses a conflict of interest given he is also Labor’s national president.

In a sign of deepening rifts within the labour movement, NSW’s CFMEU branch and the plumbers’ union also hit out at Australian Manufacturing Workers Union national secretary Steve Murphy and Australian Council of Trade Unions assistant secretary Scott Connolly, accusing them of letting down their members by backing Mr Swan’s selection. 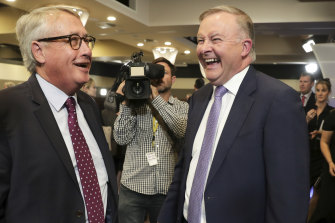 ALP president Wayne Swan, with Opposition Leader Anthony Albanese in 2019, will take over as Cbus chair in January.Credit:Alex Ellinghausen

Neither Mr Murphy nor Mr Connolly had a vote on the successor to Cbus chair and former Victorian Labor premier Steve Bracks, but their organisations had representatives on the board. Spokespeople for each declined to comment.

The unions claim Mr Swan supported construction watchdog the Australian Building and Construction Commission during his time as deputy prime minister and treasurer in the Rudd-Gillard government, and that Labor’s industrial laws were “anti-union”.

“Under Swan’s laws, construction unions have been prosecuted and forced to spend millions of dollars pursuing workers Cbus entitlements,” the joint NSW CFMEU and PTEU statement said. “It is an absolute insult to workers that Swan and his mates think he can be the chair of Cbus.

“Considering Wayne Swann [sic] is the national president of the ALP, is it not a massive conflict of interest that he can also hold this position?”

Mr Swan, who did not have any direct responsibility for industrial laws, noted the CFMEU’s claims were not new but otherwise said: “I have no comment to make.”

Labor replaced the Howard government’s ABCC, which the CFMEU sees as anti-union, with Fair Work Building and Construction in 2012. It was re-established by the Coalition in 2016.

“I think it’s a very good assessment of the situation,” Senator Bragg said. “People have talked about big super owning Labor for a long time but this [appointment] really does cement and formalise the relationship.”

While the CFMEU statement was published by the union’s NSW division, it comes amid growing divisions within the labour movement and ALP.

Victorian CFMEU secretary John Setka was forced out of the Labor party in 2019 after pleading guilty to sending abusive text messages to his wife, Emma Walters. The couple reconciled but the controversy resurfaced last month when Ms Walters accused him of assaulting her, which Mr Setka has denied.