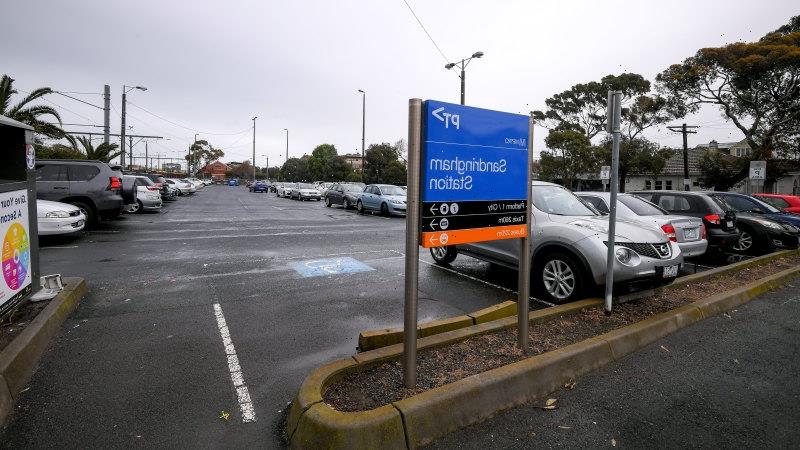 The federal government’s railway station car park program is almost $100 million over budget, will deliver fewer car parks than promised and may not be completed before the middle of this decade.

Documents released under Freedom of Information laws show the commuter car park fund is now on track to cost taxpayers more than $711 million despite several projects being abandoned, with the government facing cost overruns for those car parks on track to be built. 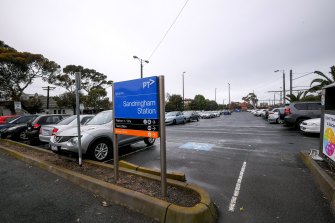 A commuter car park at Sandringham station promised by Scott Morrison in 2019 is not expected to be built until mid-2025 at the earliest.Credit:Eddie Jim

The commuter car park program was the focus of a scathing Auditor-General’s report which found that 77 per cent of projects were promised to Coalition seats. Many were destined for south-eastern Melbourne where senior ministers including Treasurer Josh Frydenberg and Assistant Treasurer Michael Sukkar faced serious challenges at the 2019 poll.

Deputy Auditor-General Brian Boyd told a parliamentary committee earlier this year that a “marginal electorate list” was maintained by the office of then infrastructure minister Alan Tudge which was the starting point for commuter car park fund decisions.

While there are ongoing issues over how projects were selected, the cost of the program is swelling.

By the end of the 2019 election campaign, the government had promised 47 projects worth a combined $660.4 million.

But the documents show that $42.2 million worth of promised car parks have been abandoned, while almost $88 million will be needed to fund those projects that are planned to be completed. A new project worth $5 million has also been added.

Of the 47 original projects, three have been completed and construction has started on another six. A further six have been cancelled.

The blowout in costs do not include some of the most expensive projects which are still a long way from getting underway. The Auditor-General’s report found the price of a single car space at the proposed Woy Woy car park on NSW’s central coast would reach $211,000.

The government also announced in September it would pay for the cost of half of another five car parks the Victorian government had already committed to on Melbourne’s Northern Lines. One of these projects was finished before the announcement.

“We announced all of our car parks before the last election. All the details were out there. I took them to an election and Australians supported us,” he said in Melbourne on Tuesday.

The documents also show the anticipated timetable for the carparks. The Melbourne electorate of Goldstein, held by Liberal minister Tim Wilson, had the most projects of any electorate, with six announced, although one was subsequently cancelled.

But the department’s documents show the carpark at Sandringham will not be built until mid-2025 at the earliest and the one in Elsternwick is anticipated in 2024.

One of the three projects announced for Liberal MP Jason Wood’s seat of La Trobe is not expected to be built until 2026.

A key seat in the 2019 election was Dunkley, which Labor’s Peta Murphy won from the Liberals. Voters there were promised three carparks, two of which have been cancelled. The third one, at Frankston, is slated to get the bulk of its funding in 2023.

The same documents also reveal the office of then infrastructure minister Alan Tudge came up with projects, and their proposed costings, while the office of Prime Minister Scott Morrison was involved by late 2018.

In early November 2018, the infrastructure department supplied two spreadsheets with 44 proposed projects. But few of those were ever pledged, with the department saying the minister had his own ideas.

“Generally speaking, the minister’s office would email the department with a project name, a brief description and estimated funding commitment,” the documents show.

Four weeks later, the department was asked to combine the minister’s list with its own proposals “to discuss with PM”.

The documents show the department believed there would be long term benefits from building car parks around railway stations. These included reducing congestion on urban roads as people switched from cars to trains.

Another benefit was that the car parks might encourage people to move home.

“By making the suburb more attractive to commuters, some people may relocate in the long term,” it found.