Can this Lidl bargain make you a morning person? Fans go wild for £26.99 alarm clock that wakes you with a gentle light – and claim they’re springing out of bed in the morning

Pricey wake-up lights have become a huge trend in the past year, but now a budget version from Lidl is helping those who struggle with dark mornings spring out of bed.

The discount supermarket is currently offering the Auriol Wake-Up Light Alarm Clock for £26.99 or €30, a fraction of the price of expensive versions that can cost as much as £200.

It works by starting to simulate sunlight up to 30 minutes before you’ve set your alarm so that you gently wake up, rather than either opening your eyes to a pitch black room or the harshness of overhead lights.

Fans have taken to Twitter to praise its capabilities, while others have declared they’re eager to snap one up.

‘I, who is always late, was the first person in the office this morning so I refuse to believe the wake up alarm clock i bought in Lidl is anything other than witchcraft and sorcery,’ one wrote. 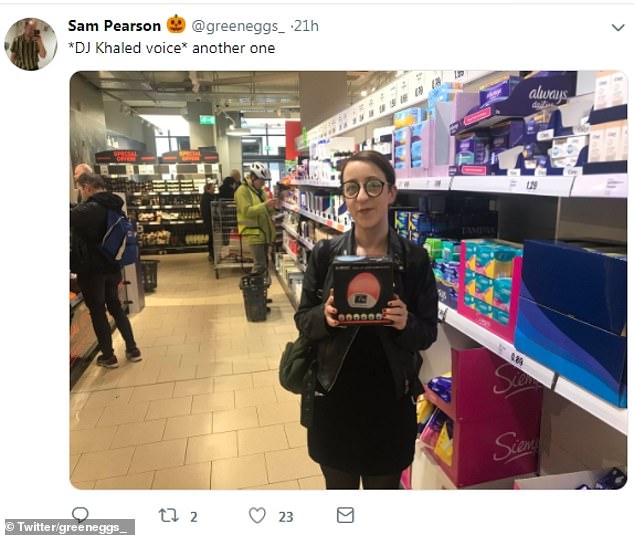 Eager shoppers have been showing off their new Lidl alarm clocks on Twitter, claiming that the gadgets are helping them spring out of bed without any trouble 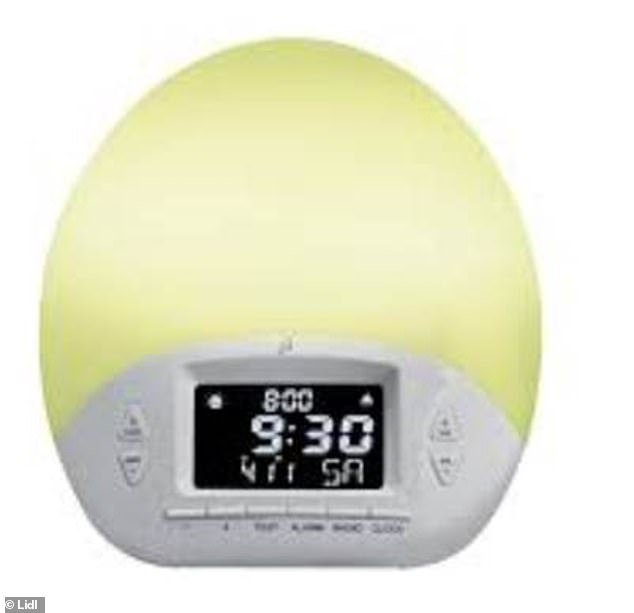 Another added:  ‘The clock lamp worked too well and now I am going to be in work by 7.30 for the same reason.’

Others complained that the clock, which can be customised to glow in different colours, is sold out in their local store.

It also comes with a selection of 10 natural sounds, as well as FM radio.

However, they can be bought online from other retailers if you’ve missed out. 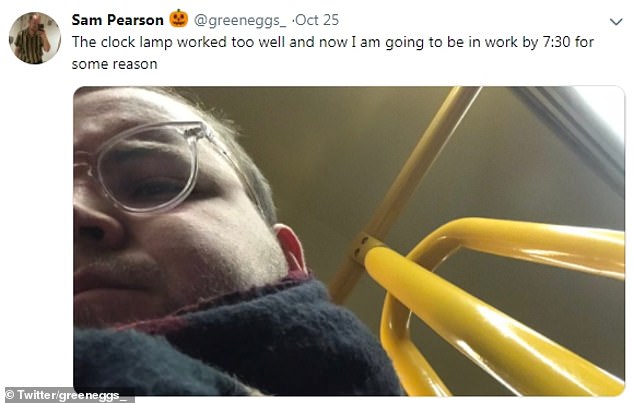 According to research, waking up gradually is a much healthier way to start the day rather than being artificially wrenched from sleep by an alarm clock.

A sudden wake up causes a burst of activity from the fight-or-flight branch of the nervous system.

This leads to a spike in blood pressure and a shock acceleration in heart rate, according to research in the journal Industrial Health in 2005.

And if you hit the snooze button, you will repeatedly inflict that cardiovascular assault again and again within a short span of time.

Repeating this at least five days a week in your working life, can cause multiplicative abuse to your heart and nervous system.

10/26/2018 lifestyle Comments Off on Can this Lidl bargain make you a morning person?
Recent Posts