Camille Grammer: Kyle Richards told me in 2019 Tom Girardi ‘was in trouble’

“And what can Erika really do to these ladies? With all of her threats, what can she do?” the “RHOBH” alum, 53, tweeted in response to Jayne’s combative nature on the show.

“Does she have ties to the mafia? 😄 😜#intimidation #RHOBH #reunion.”

Jayne has expressed to her co-stars that she will remember those who were “with” her and “against” her amid her and estranged husband Tom Girardi’s legal woes.

When host Andy Cohen asked on the reunion what she plans to do about the betrayal, the “How Many F–ks” singer, 50, replied, “You’ll just have to wait and see, won’t you?”

A fan tweeted to Grammer-Meyer that they would “love” to see Jayne go up against another “Housewives” franchise like NY, NJ, Atlanta or Potomac, adding, “See how that ends for her.”

“Agreed,” Grammer-Meyer wrote back. “Those ladies would put her in her place if she threatened them like that.”

However, the former reality star — who made her debut on Season 1 of “RHOBH” and has appeared on the show on and off since — praised current “RHOBH” star Sutton Stracke for how she handled Jayne’s issues.

“Sutton was great this season,” Grammer-Meyer tweeted. “She didn’t succumb to the pressure of the clique. She stayed true to herself.” 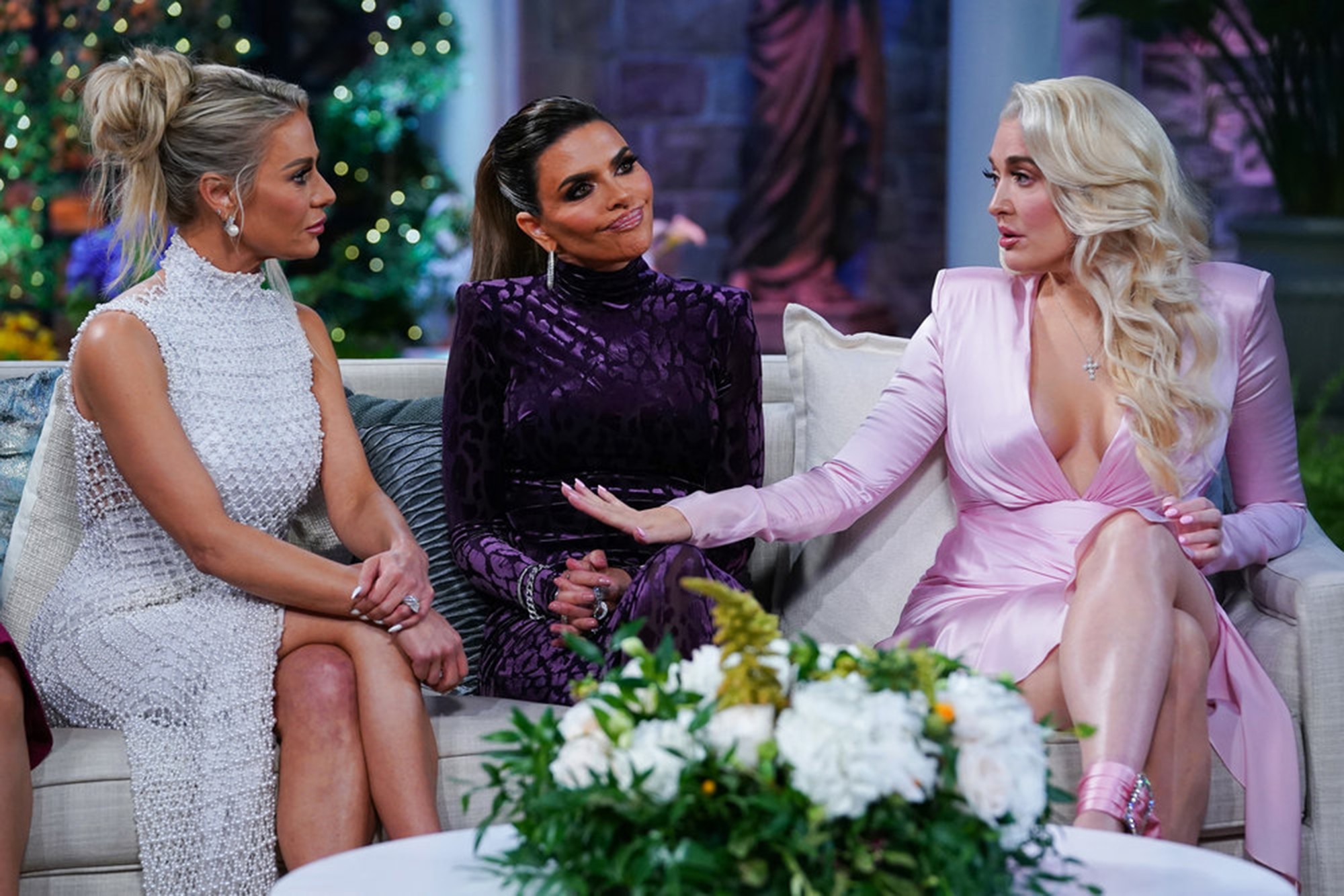 Stracke, 50, is the cast member who has expressed the most doubt about Jayne’s involvement in Girardi’s troubles. She stated on the show that the “Pretty Mess” singer’s “ignorance” about the disgraced attorney allegedly stealing money from clients including orphans and widows was “not an excuse.”

While Stracke has been vocal about Jayne on the show, Grammer-Meyer has frequently shared her opinion online.

In July, the reality star seemed to insinuate that Jayne’s waterworks were not authentic, writing, “We filmed in the Bahamas season 9 and we were all swimming in the water. I don’t remember seeing EJ’s mascara run after swimming underwater. Just saying.”

She also revealed that Kyle Richards had allegedly been gossiping about Girardi’s financial issues back in 2019 behind Jayne’s back.

A rep for Jayne did not immediately return Page Six’s request for comment.