Rising hip-hop star Burga finds that the same people ‘hatin’ on you be the ones you love the most,’ which leaves him asking questions in ‘Can You Tell Me.’

What’s worse: an honest enemy or a friend that lies to your face? Burga seems to have an answer to this – along with a lot of other unanswered questions — in “Can You Tell Me,” the newest video from the Florida rapper. In the visual, premiering here on HollywoodLife, Burga finds himself increasingly surrounded by people who aren’t what they say they are, leaving him disillusioned and disappointed. Burga ponders why all the “fake” people live forever while “the good ones are always the first to go,” and why some friends “f-ck with me and like what I do, but I’m always the last one to know.” It’s a struggle that many feel, especially when money gets involved, and Burga has to shake his head at the whole ordeal.

“I always ask myself why the people closest to you are the ones that cross you the most,” Burga shares with HollywoodLife about his new video. “People will say they love ya, but then stab ya in the back. On this song, I was reminiscing on past situations like, ‘damn. my homie flawed out on me.’ Or I be like, ‘I would have never thought my dog would move like that when I was there for them…’ I just have questions like can someone tell me! It was just one of them days in the studio, and the beat tell ya what to do…” 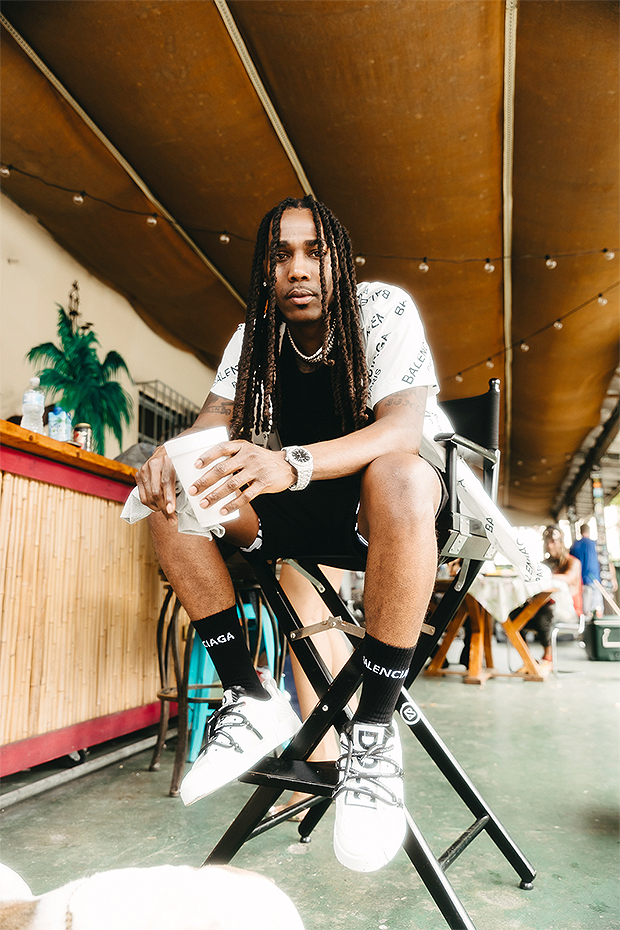 This heartfelt honesty – along with his infectious flow – shows why Burga’s a rapper on the rise, poised to be one of the next new names in hip-hop. The song comes months after he announced the deluxe edition of his 2020 project, Permanent Scars (out this Friday, 9/10). The first edition featured appearances from Yung Bleu, Rylo Rodriguez, Koly P, Kalan.FrFr, and Derez De’shon. The 2.0 edition of Permanent Scars will boast “Brand New Drip,” Burga’s hit collab with MoneyBagg Yo. As for the reason behind this deluxe edition, Burga shares that because Permanent Scars came out during the pandemic – “when we weren’t able to tour and promote the project,” he said in a statement – this 2.0 edition will give fans some more music to hold them over.

“My mission right now is to help as many people as I can through my music,” says the Melbourne, Florida native. Born Antonio Gordon, Burga grew up in a small city 30 miles east of Orlando. His older brother introduced him to hip-hop at a young age, and after realizing one doesn’t live long when out in the streets, he turned his focus to his music. After building a buzz through the mixtape world, Burga experienced his first breakthrough in 2018 with Keep That Same Energy. It won’t be his last, so keep your eyes on his YouTube page and your ears open when he drops the deluxe Permanent Scars on Friday. And see him on MoneyBagg Yo’s A Gangsta’s Pain Tour, kicking off in Tampa on 9/29.