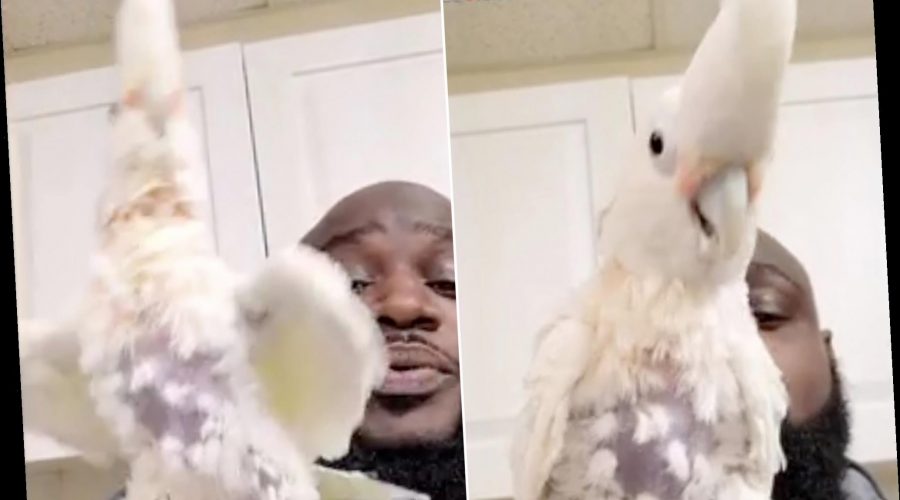 Parrot replaces scissors in this house

It’s a real feather in his rap.

An enterprising Brooklyn veterinarian has devised a creative way to soothe his frazzled parrot, named Simon — by having the bird bop along as he beatboxes. The video of their scintillating session was first shared on February 9 — but is currently going viral around the world after being picked up by NewsFlare, the WooGlobe viral video news outlet reported.

“Part of our bonding time includes me beatboxing for him,” said vet Dwayne Caton about the 30-year-old Goffin’s cockatoo, who first arrived at the clinic to cure his feather-plucking habit. He now resides with Caton full time.

The minutelong clip starts off innocuously enough with the would-be “Birdman” showcasing his percussive talents with Simon perched on his arm. All of a sudden, the funktacular featherbag starts sashaying from side to side and banging his head emphatically in time with the beats. He evens belts out a few trademark squawks of his own like Nate Dogg doing backup vocals for 50 Cent.

Along with ramping up their social-media clout, Simon and Garfunky’s interspecies duets have helped the bird curb his feather-pulling, which parrots will often do when they’re lonely or bored. In fact, some birds get so stressed that they lose the ability to sprout new plumes altogether.

Overall, the intelligent creatures need as much daily socialization as possible to ensure a healthy relationship with their owners, AvianEnrichment reported.

Dancing isn’t the only way in which parrots have displayed strikingly anthropomorphic traits. A cheeky African grey parrot used Alexa to order snacks while its owner was out, and other fowl-mouthed featherballs were booted from the zoo for squawking obscenities at guests.