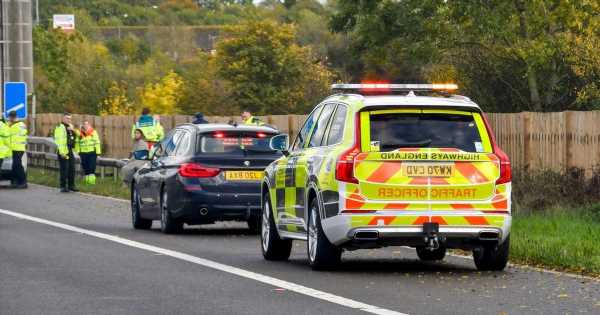 Fuel protests are impacting thousands of drivers after campaigners called for lower petrol and diesel prices.

This week, campaigners have been demanding the government to intervene in a bid to help reduce costs.

Police said they would take action against protestors who put road users in danger or committed other offences.

This includes mobile phone usage while driving, with some motorists leading the protest captured filming their acts.

The Police, Crime, Sentencing and Courts Act has given new powers to deal with protestors causing a commotion on the roads.

They now have greater powers of dispersal and penalties for protesters have been increased.

Drivers who are found to be "wilfully obstructing the highway" used to be punishable by a maximum fine of £50.

Also it carries up to a six-month prison sentence or an unlimited fine.

Petrol drivers face average costs of 191.53p per litre, while diesel motorists are forking £2 per litre on fuel.

Motorways in Bristol, Devon, Cornwall, south Wales, Essex, Yorkshire and Lincolnshire were among those affected.

Long delays were also felt in Aberdeen after two tractors drove slowly side-by-side along the A92 northbound.

Research from the RAC suggests that driving too slowly runs the same number of risks as breaking the speed limit.

Driving too slowly or braking without good cause is an offence.

A car travelling dramatically below the speed limit becomes a hazard to other road users who may not correctly assess their speed.

It is also classed as "unusual and unexpected driving behaviour" which can force harsh braking, increasing the risk of a pile-up.

Motorists found driving without due care and attention risk a maximum fine of £5,000.

The RAC said: "Although there isn't an official minimum speed limit on most motorways, travelling too slowly can be considered dangerous and you might attract the attention of the police.

"In this case, you'd usually be let off with a verbal warning, but you could be prosecuted for careless driving."